previous
The Evolution of the JRPG: Then and Now
random
next
Harebrained Schemes' Shadowrun: Hong Kong is Now Live
Video Games & Tech
0 likes

Shadowrun Returns, born of a phenomenally successful Kickstarter campaign, was met with critical and fan praise ( My thoughts on Shadowrun Returns are here) . The follow up Shadowrun: Dragonfall – Director’s Cut, initially an expansion and then a standalone game, did everything better and addressed a few points made by fans of the original ( thoughts on Dragonfall are located here).

Now Harebrained Schemes the indie developer behind the oldschool Cyberpunk meets Fantasy RPG, lead by Jordan Weisman the creator of the pen and paper Shadowrun amongst other things, have announced the location for their new campaign – Hong Kong. This will be the third location explored in the world of 2054 following the intial setting of Seattle and Dragonfall’s Berlin setting. Harebrained Schemes are set to utilise Kickstarter again with a tentative launch date of January 2015. 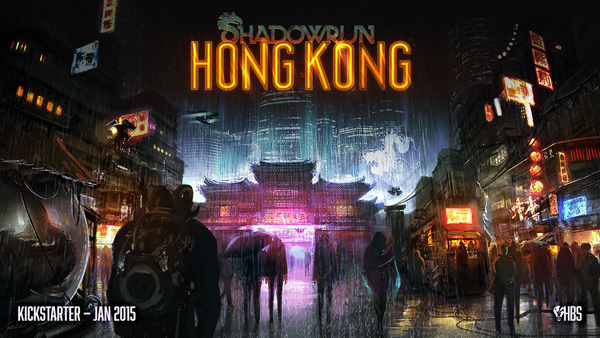