Simplistic Game - Easy to pick up. Three modes of play to mess with. 382 cards to craft decks with.

Meta is IMMENSE. Casual can sometimes be Ranked. Ranked = Meta.

The best digital CCG to date. Worth playing, has a huge future for itself and when Curse of Naxxramas comes out, it'll be crafted for all ages.

The last time Blizzard released a card game around their fabled World of Warcraft, it didn’t go down so well. The WoW CCG died a death due to the competition that was Magic: The Gathering. Fast forward a few years and that didn’t stop a couple of guys, sat in the Blizzard studios, from creating a new CCG, but in a digital format. Now if you have played the Magic digital offering, you know its not that great. Yet Hearthstone ticks all the right buttons, so let me show you what it has to offer.

Firstly it’s amazingly simplistic, it was designed that way, not to say that those who play the game are stupid. Quite the opposite, but the tutorial could be played by anyone, and that’s the point. It’s tied into the WoW universe, allowing those who know the game to relate to most of the cards, yet those who don’t are presented with an immersive set of cards to delve into. 382 cards can be collected within Hearthstone and that is just as we sit here reading this. Teasers are currently released fortnightly showing off new and upcoming cards in the penned release Curse of Naxxramas which is out very soon. Best of all; its FREE TO PLAY. That’s right, absolutely free, and although most of you will baulk at the F2P model, this one is amazing. Yes you can pay for a load of cards, allowing you to build the deck you want, but as Trump (Veteran Hearthstone player) shows often, you can do it without. It is so easy to earn gold in this game, and the more you play the more you get. You have the ability to earn up to 100 gold a day just by playing and winning, which isn’t as hard as you would think. You can do that by playing in the game modes that are currently available. 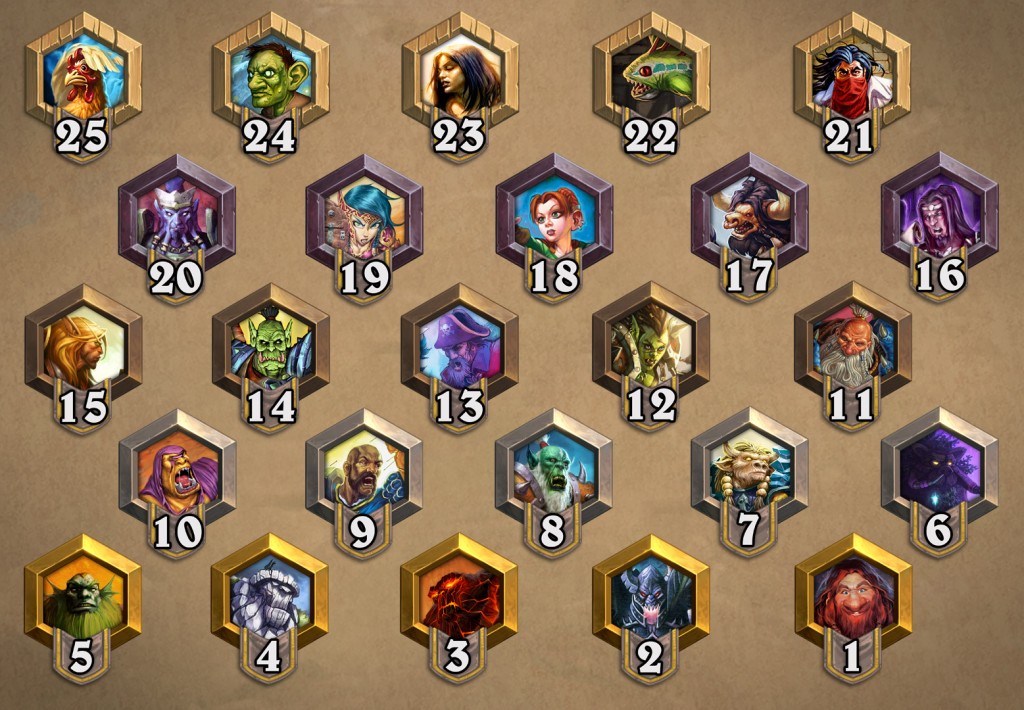 Casual and Ranked are pretty much identical and self explanatory, with Casual you play other people and have the ability to earn towards your daily goals and thats it. Ranked allows you to win stars that add up and let you climb up the ranks, different names for each rank, all based within WoW. The higher you climb, the harder it gets, which is where we hit our first snag (which I will go into detail with later). Finally we have the Arena game mode which is draft play. Draft play is where you get to pick from a selection of cards and you build your deck up from them. You then play against other players within the Arena, the more you win, the more keys you get and the bigger your final chest is. 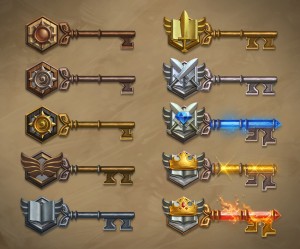 All of these game modes are enhanced by the nine differing Heroes you can choose from to lead your Minions into battle. Each hero has their own unique ability to choose from, bringing more variety of gameplay to the board. These heroes also have their own levelling abilities, which unlocks class unique cards to further enhance the game. Once you reach level ten you would have unlocked all the basic cards for that class (every two levels) and from then on in you collect Golden Cards. Gold cards are the shiney’s; that means that they don’t just have static art, each card has its own animation. They look fantastic, and whats even better than that I hear you cry? You can get Golden Heroes… The game isn’t without its faults, no game is these days, but the fault of Hearthstone is the fault of CCG’s world wide; Meta.

Meta gaming ruins Hearthstone’s casual “Fun” scene greatly, attempting to try that comedy deck within casual, but then finding the next five people you play are all playing the same carbon copy deck in Hearthstone really ruins the fun for me. It creates a “Can’t beat them; Join them” mentality which is a downward spiral. Due to meta gaming, sometimes Casual can feel like Ranked, and it makes creative deck building difficult unless you’ve played CCGs before. This, for me, is a negative aspect of the game. Yet meta ISN’T a fault with the game, it’s a fault with the community and its something that isn’t going to change, so rather than stick on the subject of negativity, have I told you how awesome Hearthstone is?

Being a brand new game, it has constantly running seasons where, if you finish above rank 20, you get new card backs. So just for playing you’ve automatically earned something for your time. Its an amazing tie into World of Warcraft, or vice versa, with a prize given out to your main character in WoW when you start to play Hearthstone (not sure if this still happens; it did when I was playing). At Dreamhack 2014 there was a $10,000 prize pool ($4000 to the winner Gaara), which for a new card game that has a small community is amazing. With its potential for E-Sports Hearthstone has a long way to go and with the new spin into the RPG section is has a lot more to give. When Curse of Naxxramas is released it will add a unique single player campaign to Hearthstone. You will go questing through five different wings, fighting bosses as you go and unlocking brand new cards along the way. Some of that information has been leaked, but I hate spoilers, do you will find none here today. However this will add some new excitement for the casual player bogged down in the Hearthstone Meta gaming community.

Hearthstone is something I sink a lot of my free time into, not because its addictive, not because its simplistic, but because its something I can pick up, play for ten minutes and put down again. It allows me to sit on my iPad and, not only socialise, but game without focus. Its mobile application has brought a new style of gaming to us all, it has truly digitalised and modernised the CCG scene. Hearthstone is here to stay, so jump onto the band wagon before you get left behind. 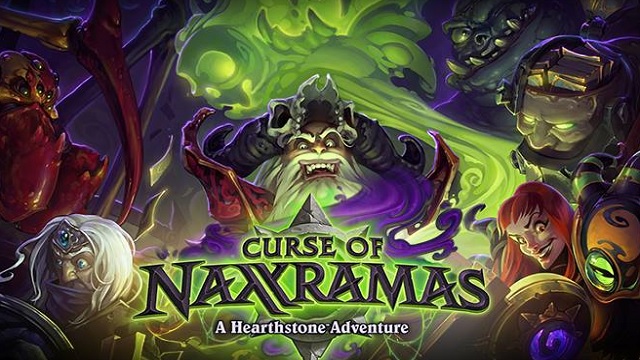