Years ago I started playing with a clan, in a game called Day of Defeat: Source.  What a game it was! A World War 2 FPS game based around Allies and Axis fighting across skirmish sized maps, built on the Source Engine.  As you all know that’s the same engine that brought us Half Life 2 and Counter Strike: Source, plus a huge number of mods and other games.  Back then I wanted to play DoD:S, but on a huge scale, across a global map, alas the nearest thing was the disappointing title World War 2: Online. Boxy, pixilated (not in a good way) and dated, with a small player base. It didn’t quite meet my expectations.

So I drifted to games like Red Orchestra and the Battlefield Series, hoping to fill the gap that had been left by the lack of map based, global encompassing games.  Due to my lack of technical know-how, I couldn’t build such a game, but I could dream such a game up.  Some people drew maps, fought through competitive ladders in order to fight out their own campaigns, but for years there has been a gap.  Now that gap has been filled by Heroes a Generals, recently brought out on Steam in its open Beta. 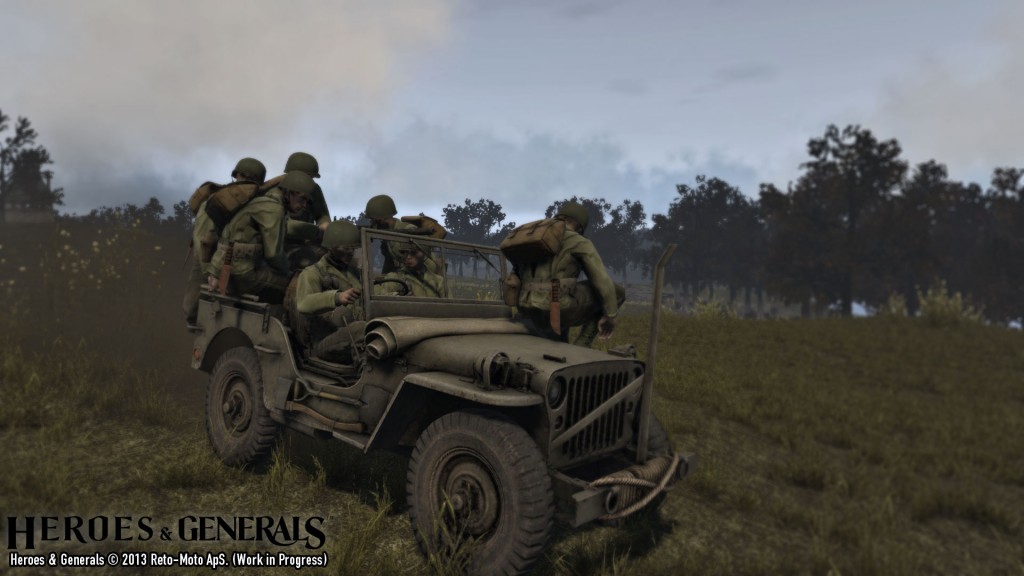 Heroes and Generals has been in development since 2011, by Reto-Moto, a Danish games developer responsible for the Hitman series of games.  It’s a community driven game, meaning the players can have a huge impact on the production and development of the game by suggesting changes, further enhancing the game and making it more attuned to what the players want. This game is unique for one part alone: the combination of Real Time Strategy and First Person Shooter and being able to play both. That’s right, two game styles in one, which adds a new dimension to the game.

The FPS part takes place on two types of map: Battle and Skirmish.  Skirmish is a typical capture the point game, where you can capture any point on the map, but it is typically fought across a smaller sized map, where close combat is a more favoured method of fighting.  The Battle maps are where the real action takes place, fighting across huge maps with tanks and planes taking part , but you must capture objectives, and defend them along fighting lines (capture point A1, then A2 etc).  Multiple lines exist and, fantastically enough, this is where the RTS part comes into play. 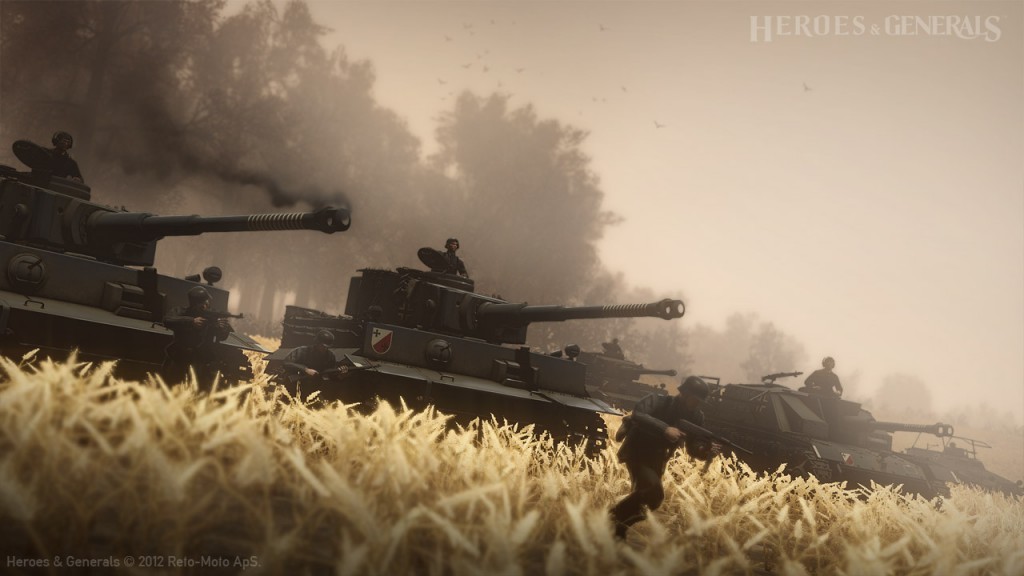 The RTS part involves Assault Teams, which you buy using Warfunds (explained later) and you get to move them on a map of Europe.  They move along roads, sit in towns and the Assault Teams are your bread and butter.  Without them you can’t fight FPS (not YOURS personally; you fight using Assault Teams, just anyone’s). The Generals aspect involves these teams assaulting towns, but you have the other side doing exactly the same thing.  So depending how well your Generals have done, you’ll see how easy it is to win those important battles.

If your Heroes have won a couple of Skirmishes around a town, then in the battle it will unlock the different lines to which you can spawn and assault down.  However if the Generals haven’t given you the equipment to complete those Skirmishes with, then you’ll find yourself fighting a battle on a single line, which ususally leads to failure (but not always).  Its a fantastic combination and it has been developed really well, if it continues it promises to go far. 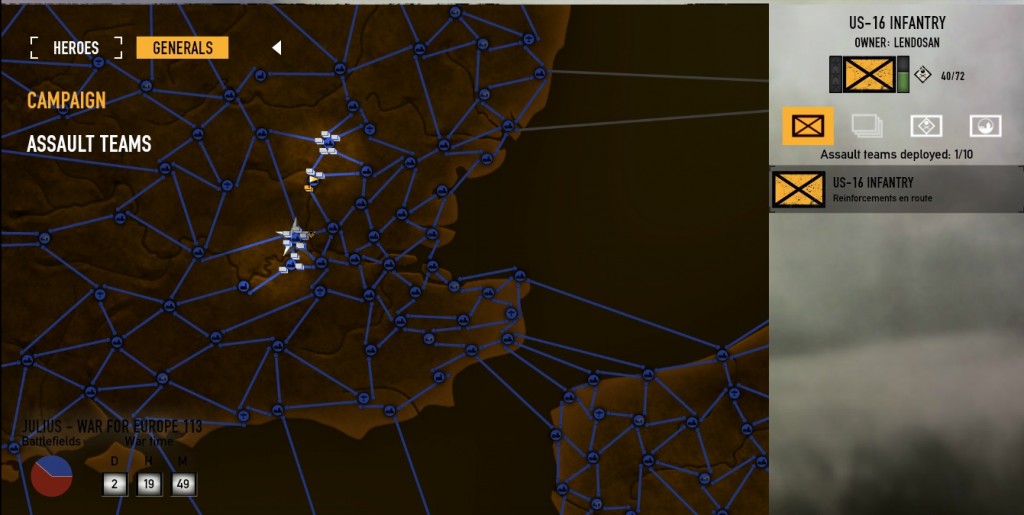 My meagre unit on R&R. It died yesterday.

However, like most games, it’s suffering.  Firstly it’s in open Beta, which is usually the first nail in a modern games coffin.  How long will it be in open Beta?  Nobody knows, but the game suffers from some bugs, some of which are months (sometimes a year) old.  Considering the game is relatively new, that’s not expected, it should’ve been dealt with by now.  Also considering the community drive aspect, it appears that sometimes Reto just doesn’t listen, and the focus (scarily) appears to be towards the same as CoD: over the top guns and pay to win mentality.  Appreciatively it’s a business, and if the game was totally, absolutely, free to play Reto-Moto would be out of business.  Alas it would appear that if you pay enough, you unlock everything.  Currently there are three currencies in the game; Credits, Warfunds and Gold.  Gold is the premium currency used to buy Premium and unlocks, Warfunds are used for your Campaign side and Credits are used for your Heroes side.  You earn Credits by playing the FPS, Warfunds are earned by your Assault Teams and Gold you have to buy.

Still every cloud has a silver lining and providing Reto keep on listening to their great, welcoming community (which is one of the best aspects of the game – it has a fantastic community of players – unlike other AAA games) then Heroes and Generals could, and most probably will, beat all comers.  Thus far, their direct counterparts, War Thunder and World of Tanks, don’t even come close.  The all round combat and the huge campaign map, with the additional RTS side of the game, brings a welcoming, refreshing breath of air to the flagging FPS scene.  So, what are you waiting for Soldier?!  Will you be a Hero, or a General?  Sign up, log on and find out how good this game is whilst it’s in free open Beta.  I did and I’m not looking back. 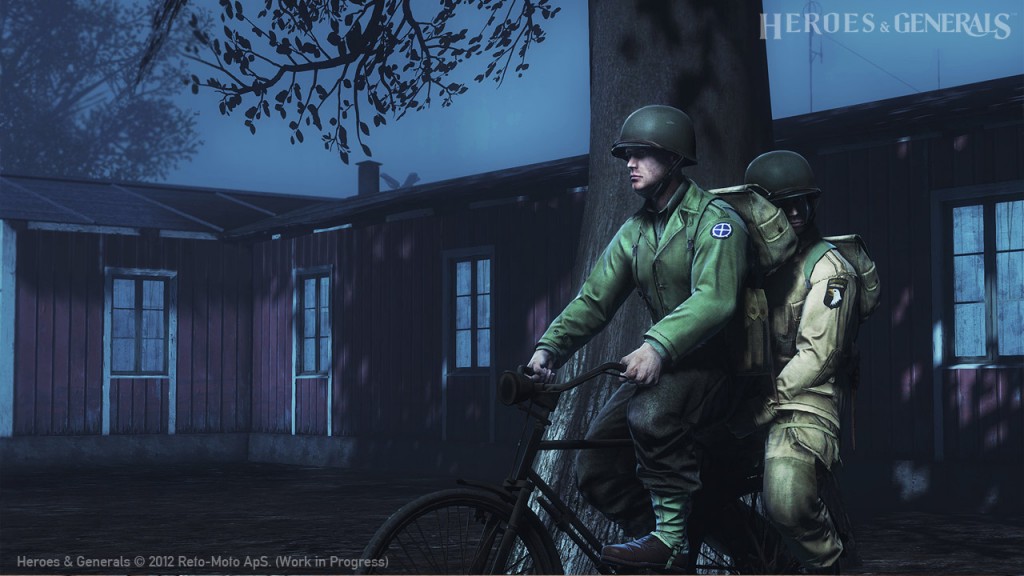 Heroes and Generals is out now in open beta.  You can either download it and play it from their website here, or you can log into steam and download it through them.  Good luck and good hunting!