- Pure nostalgia from start to finish, unsure if it'll appeal to a wide audience.
- Not been given too much of a facelift, still looks like it was built on a game engine from the late 90's - to be fair, it was.

"Don't treat this as a modern roleplaying game, treat it as a squad tactics game that happens to be in an RPG setting - then you will love it."

Originally released in 2000 by Black Isle, running the 2nd Edition D&D rules, Icewind Dale was given an injection of fresh life by Beamdog in 2014 with the release of the Enhanced Edition. While anybody with even a passing interest in D&D or its gaming adaptations will have heard of Baldur’s Gate, in my experience, Icewind passed a little more under the radar. If that was that case, and if you enjoyed Baldur’s Gate, you might like IWD:EE.

Unlike Baldur’s Gate, Icewind doesn’t let you off the chain much, keeping you barreling down a line of quests in the frosty mountains known as the Spine of the World. “Railroading” is a dirty word in this age of the sandbox but it helps to keep the story a lot tighter than I felt Baldur’s Gate was – meandering around Amn for months on end while the antagonists politely waited for you to come back and deal with them. 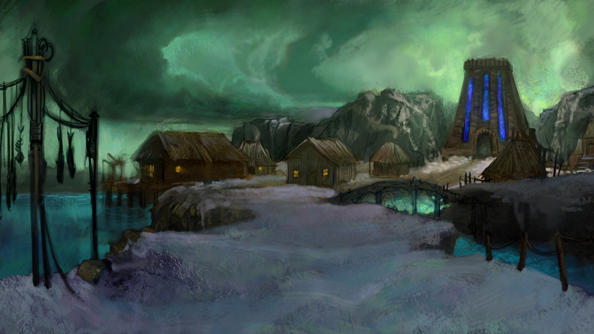 Our tale begins here, in the quiet fishing village of Easthaven…in a bloody tavern, can you believe?

Icewind’s story is a lot tighter, but also a lot smaller. You create all six members of your adventuring party from scratch (or import from previous games) and their dialogue options are influenced by race or ability scores. There’s no option to talk to other party members as you might have a chat with Minsk about his dangerous hamster delusions, but since you created the characters anyway, you can just sub that dialogue in your head. Not to everyone’s taste, I know, but after a few hours playing I did feel as though there was enough personality there to get attached to, since you do still have feedback audio from your team, recorded by some excellent voice actors.

Speaking of everyone’s taste, this is 2nd Edition D&D, a time when you couldn’t be any race with any class, and if you had the opportunity to advance two classes simultaneously (because you’re a long-lived Elf or Half-Elf) then you’d be a mug not to (unless you’re the towering stack of HP that is the Dwarven Defender). At the tabletop, I’m glad this kind of thing is truly dead now we’re in 5th Edition, and anybody can expect a reasonably balanced character build from combining say, Half-Orc and Wizard. Makes for more interesting characters. But in the Forgotten Realms, Dwarves are Fighters and Elves are made from tissue paper and pixie dust – this kind of stereotype works well for a character build in this game. Embrace the trope. 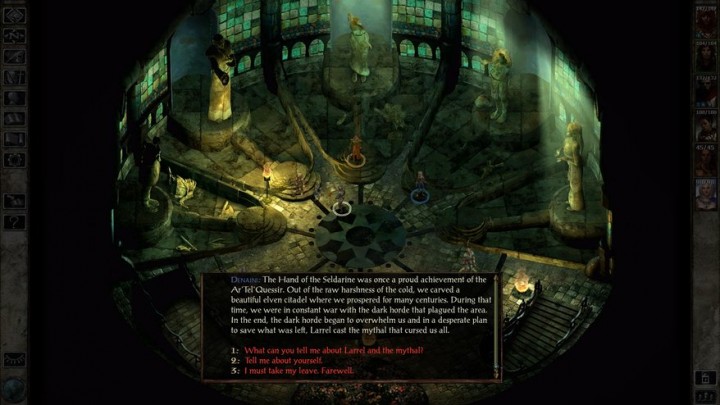 However, if you can see past the dusty old THAC0 system, the race restrictions, general lack of roleplaying, what you get isn’t awful at all. It’s just not what you’d expect from, well, a “role-playing game”. Instead, Icewind is much more fun if you approach it as you might, say, XCom. A tactical squad combat game where you organise and manage a group of adventurers, hoarding limited supplies such as healing potions, carefully selecting which spells to give to which casters and constantly searching for newer, better shields to give your Dwarf Tank.

If you’re looking for a bit of nostalgia gaming, if you weren’t impressed by Sword Coast Legends and need some more D&D to tide you over, if you’re just a bit bored of replaying Neverwinter Nights again, then look no further. Beamdog’s IWD:EE will see you right. These days, its not just available on PC either – if you’re looking for something other than mindlessly repetitive timer games to play on your phone, you can now get Icewind Dale and Baldur’s Gate from your friendly digital app store.