It was a champagne-for-all-the-staff kinda day when some young buck from Wizards of The Coast dreamed up the Magic The Gathering Videogame. So simple, yet wonderfully effective; the best way to learn to play, without the hassle of overbearing , standard loving and unfun Magic players.

The expansion obviously continues where the main game finished, both in storyline and play. You follow Chandra Nalaar after the events of 2014, and return to the plains of Ravnica, Alara and Kamigawa. It’s a great exploration into what these sets had to offer, showcasing some of the best cards available from all  these series (apart from the fact they missed Kitsunes and Orochi from Kamigawa). There is a great diversity in the challenges available and apart from a very erratic difficulty curve the game plays quite smoothly. 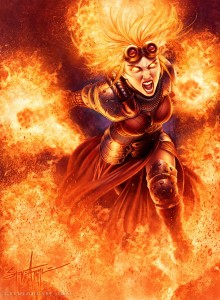 As for graphics, the game dosen’t really have to push the boat out. Alas sometimes the frame rate suffers when the bigger animations are triggered, and the game can be a little buggy when dealing with more than about 15 cards on the screen.

Another feature that could really have helped is the ability to skip phases (both yours and CPU opponents), as the waiting can make duels last a little too longr. This made the more difficult (spelt “impossible”) duels a little arduos. speaking of the difficulty curve, I still managed to complete the game using only three of the available decks : 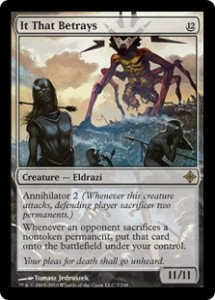 I sampled the other decks, but I found that one of these decks would be useful for any encounter. Like Qui-Gon Jinn said: there’s always a bigger fish.This is not indicative of the gameplay, Just an observation. I couldn’t get on with any other deck available, least of all Elspeth.Her tri colour monstrosity was clunky with bad synergy, reducing me to quitting the game and restarting with a different deck.

This is a great game at a very reasonable price, the extension adding flavour and options to an already wide range of available decks. It will have you talking about it the same way players talk about the real world Magic game, like the Time Ajani stole my Eldrazi Conscription and gave it to a creature with double strike, flying AND life link . Unlike 2013, Magic 2014 seems to have a lot more advertising for the current block and (what was then) the upcoming Theros block.  A fun play that gives the player a good 15 hours (50 for completionists) . 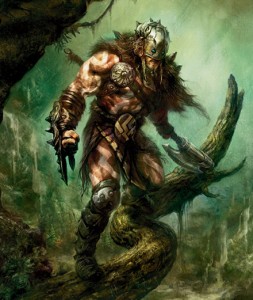 One last thing: if you ever offer me a sliver card as a promotional part of the game again, I’m coming for you.