This final piece of Mass Effect 3 DLC is a great swan song for the trilogy and is the best bit of Mass Effect DLC since Lair of the Shadow Broker. The Citadel is split into two distinct sections, the first half concerns investigating and fighting against a mysterious group of mercenaries before you get to relax while meeting comrades both past and present in the second half.

It begins with Commander Shepard being ordered to take some long overdue shore leave on the Citadel by Admiral Hackett and is given Commander Andersons plush apartment to stay in. However you soon find yourself under attack by a group of Mercenaries led by an unexpected enemy and you must rally the crew (past and present) to find out why they want you dead. 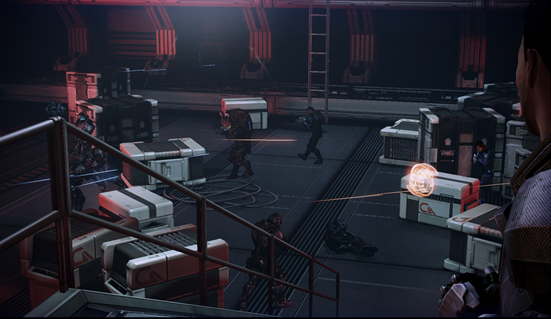 Unfortunately the mercenaries prove to be uninspired enemies; as little more than generic reskinned Cerberus soldiers they fall in droves without posing much of a challenge apart from in one or two instances. The new locations were interesting, the Citadel archives hold plenty of fascinating references to important Mass Effect events but I expected slightly more impressive areas to fight through.

A nice feature is the crew competing in cut scenes between missions to accompany you, as if they know this is their last hurrah and begin complaining when they get left behind. Those you don’t choose do nonetheless feature in missions, forming separate fire teams who you see fighting nearby as you progress through each location. It’s a nice, purely cosmetic touch, as you fight alongside all your comrades one last time.

Throughout the story there is some great dialogue with plenty of hilarious one liners and comic moments between Shepard and his crew. It’s some of the strongest writing in the Mass Effect series which is all well delivered by some tremendous  voice acting, especially from fan favourite Wrex. The first half is all neatly tied up in a few hours, the mercenaries section is self contained and won’t have any direct impact on the wider Mass Effect 3 story apart from a few additional war assets and references later in the game.

Once the fighting is over everything moves onto the social aspect of the DLC, allowing you to explore the new section of the Citadel where you can play a selection of minigames in the Casino, purchase vanity items for the apartment and take part in an offline mode of the Multiplayer. There are lots of little funny references and the attention to tiny details brings the area to life and made it a joy to explore.

Throughout the second half you receive emails from squad mates which let you invite them to the apartment to hang out or arrange to meet in the Citadel. Each meeting gives a short cut scene to talk or reminisce, they vary between funny, serious and somber but all are quite touching in their own way. This cumulates in a party at your apartment, everyone gathered together for one last night and enjoying themselves, with the final moments being especially poignant. 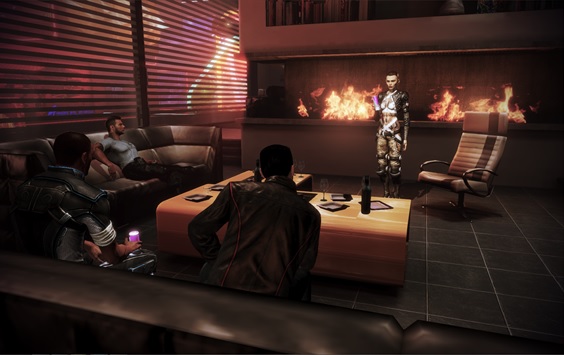 The ending of Mass Effect 3 caused quite a significant amount of debate and plenty of disappointment amongst its fans. The Citadel DLC, combined with the extended cut, finally gives fans a chance to say a proper farewell to Shepard and the crew of the Normandy that the Mass Effect trilogy truly deserves.