Straight to the Point; Planetside 2 is a massively multiplayer FPS that’s great fun to play on it’s own merits, but being Free to Play as well means this is not one to pass up on for any FPS fans.

I may as well just come out and say it. FPS multiplayer games just aren’t my thing. I try to like games like CODBLOPS, I promise, but the same old maps, the need for the reaction speed of Mr Myagi on a packet of Pro Plus, the frustration of failure leading me to almost break more than one controller…suffice it to say, we don’t get along. I’m saying this not to discredit myself as a reviewer for some odd reason, but so you can understand my surprise when I installed Planetside 2, and instead of finding something to pass the time, I found a chaotic, explosive, time consuming wonder of a game. 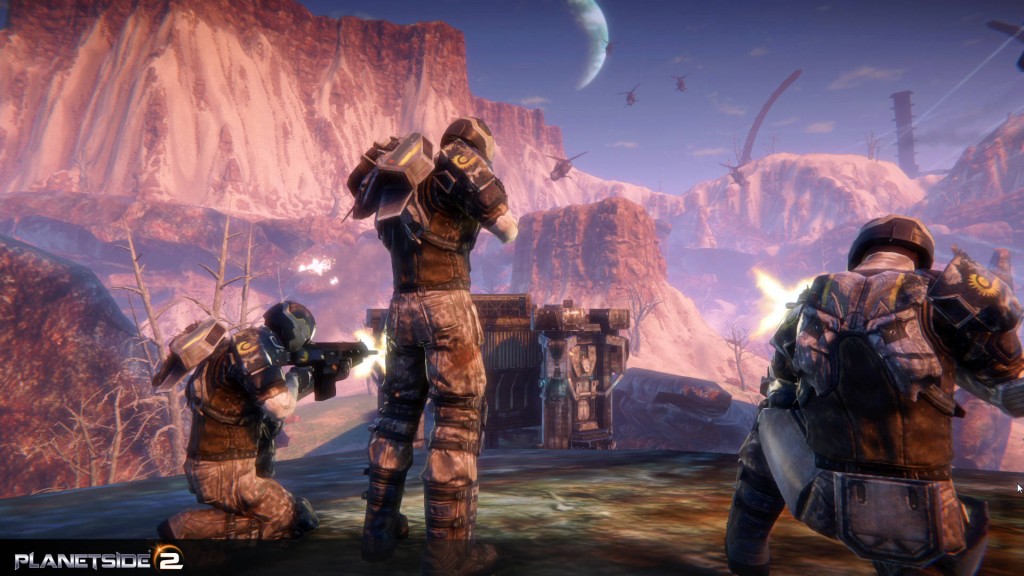 At a glance, this first person shooter has all the hallmarks of your every day multiplayer game. Space marines, different classes, usable vehicles and aircraft, unlockable weapons, it even has class specific bonuses and traits and weapon camouflage. It kind of looks like it’s just tried to tick every box on the Standard FPS Multiplayer Game Application Form. But then you read about the setting, and you realise why this free to play game is deservedly at the top of Steam’s F2P section at the moment.

Planetside 2 has two unique selling points; its maps and its players. Firstly, the maps. There may be only three of them, but these maps aren’t just a couple of buildings and some bare ground. They are whole continents. Huge, sprawling landscapes populated with all sorts of stations, facilities and fortifications, each of which can be captured to gain territory, giving your side more spawn points and more resources which can be used to buy vehicles, aircraft and ground support to aid you in your faceless imperialism/fight for freedom. Even the landscape itself seems to have been designed for warfare. Canyons make natural choke points, and some facilities are protected by mountains or only have a few ways to get inside, making it harder to capture them. 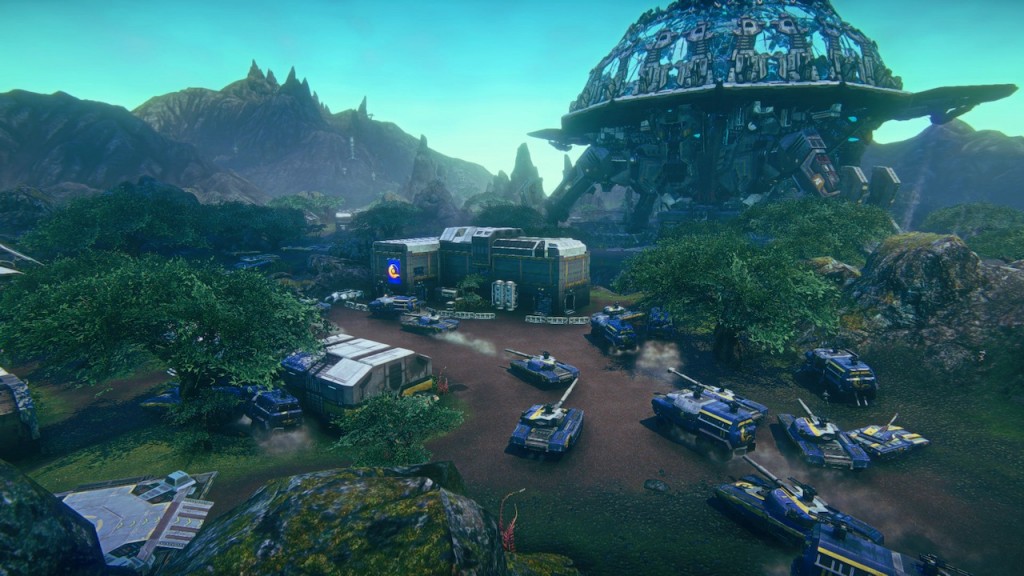 And as for the players; forget your 12v12, or even your 32 v 32. Each server can hold thousands of players, meaning at any one time you can have  hundreds of people fighting to control just one small cluster of buildings. Throw in some tanks, APCs, planes and gliders to go along with all the infantry scurrying along the ground like ants, and it’s a recipe for pure chaos. The idea, of course, is to co-ordinate your offense and defense, and communicate with each other to help lead your respective armies to victory. What happens more often is everyone simply kills as many people as possible. This lack of communication means you’ll often begin a push into enemy territory and finally take over a crucial station, only to find half of the rest of your territory has been swallowed in a surprise attack, and you’re suddenly on the defensive. This constant cycle never has time to get old, however. Once you pick a faction you’re locked into it, so when you throw yourself (literally; you first arrive on the battlefield via drop pod) into the action, you find a sort of loyalty to your hundreds of brothers in arms. Rather than feeling frustrated, you regroup and assault the next base, or retreat to defend a critical structure.

However, it’s when a long, drawn out assault finally breaks through where the satisfaction really comes across, and one of my favorite phenomenons begins. Despite the overall lack of organisation, when a station is secured, you will almost instinctively regroup and form up to attack the next one. Infantry will pile into APCs, tanks, artillery, quad bikes, fighters and bombers all spawn quite literally by the dozen, and this huge convoy rushes towards its next target. It’s a great experience being inside a tank and watching other vehicles speed ahead, beside and behind you, while bombers fly overhead. You feel like part of some grand invading army. Stalingrad, Normandy, take your pick, but the satisfaction comes from the fact that this isn’t some orchestrated set piece, this is something you and your comrades have created yourselves. And believe me, once that convoy gains momentum, nothing will be able to stand before you; facility after facility can and will fall before your foes even have a chance to mount any chance of a counterattack. 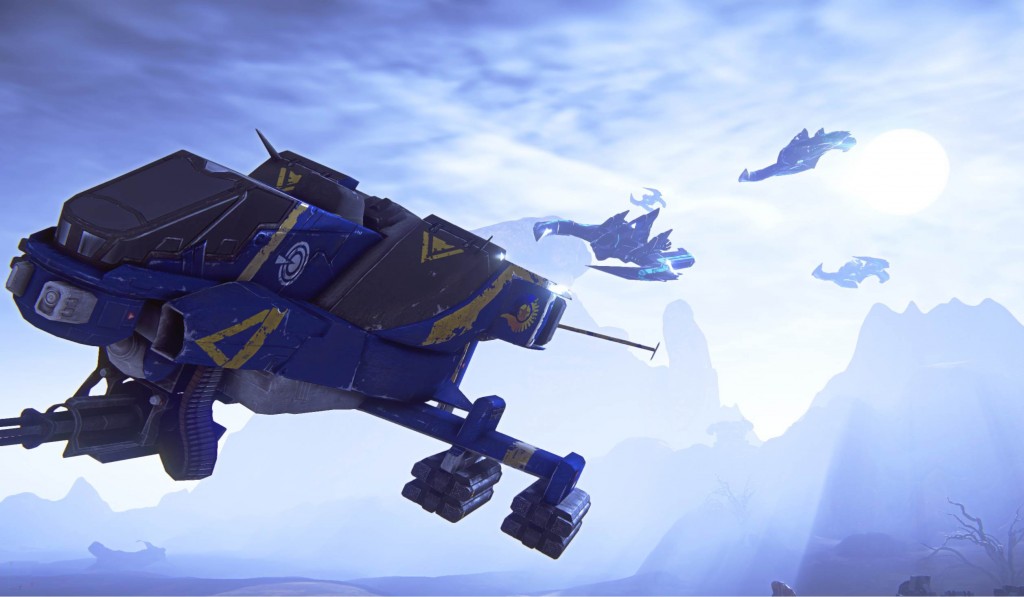 There are, of course downsides. This game offers something unique, but being a multiplayer game it requires a certain set of patience. When you first start up the game you don’t get given a choice where to spawn, you’re automatically put into a squad where the fighting is heaviest. Before even getting accustomed to the controls, you’ll most likely be getting shot at. You will be killed seemingly from nowhere more times than you can count, and in the beginning at least, it is very difficult to distinguish friend from foe. Unlike CoD, no red name shows when you aim at an enemy, so the only way to tell if someone truly an enemy or not is to fire at them and see if you receive a team kill warning or not.

The map can be similarly misleading. It  gives information on the volume of friendly and hostile forces in each area and suggests stations in need of reinforcements, however, it only gives you information on the forces in the general area, not specifically where you are spawning. This means plenty of times I have spawned into a facility to help it’s defence and found myself alone in an enemy formation. Another problem seems to be that only one continent at the moment seems to have any sort of permanent action on it, meaning I’ve been stuck with fighting the same war in the same desert for my whole time with the game. 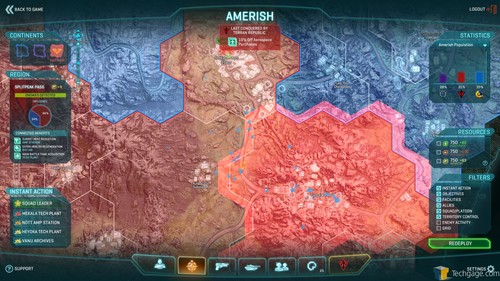 For a Free to Play game, Planetside 2 is probably one of the best around at the moment, and not only due to it’s( frankly excellent for F2P) gameplay and graphics. It’s a perfect example of Free to Play done right, where you can make in game purchases of certifications which can be put towards equipment or skills, but the same equipment and skills can also be purchased without spending any money in this “real life” I keep hearing about, by earning certifications in-game. The constant cycle may get repetitive despite the massive scale, the transition to this unique type of multiplayer game might be too jarring, but honestly. It’s free. What’s there to lose, you cheapskate? At most you lose a couple of hours of time, but without the danger of being left out of pocket, there’s no reason to at least try the best F2P FPS game around at the moment.