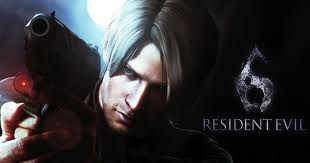 The series is back and it’s back with a bang

In the latest installment of the Resident Evil franchise, the T-virus is back! You have three intertwining stories to play, with six playable characters. Seven, if you unlock Ada Wong, a fan favourite for most. Now the main criticism of the latest game is the length of the story-line. I will admit it is rather long but I don’t see that as a problem. If people are willing to fork out £50 on games with a six hour campaign mode, then why is a game which I clocked up 10 hours on in Leon’s campaign alone a bad thing? I view it as amazing value for money in this day and age.

Another huge improvement on the older titles, you can FINALLY move and shoot! Now this isn’t a big deal for 99% of most modern day games, but this is the first time you can do it in this series. This has made things a lot more fluid and given a new dimension to RE6, being able to slide and shoot at the same time. I cannot tell you how moving whilst shooting in a tough boss battle helps too.

Where the game does have difficulties is in the multi-player where ‘random;’ people pretty much ruined it for me. They seem to neglect team-work or your dying body, in need of help! Though this cannot be seen as a fault created by Capcom, I have found that there is an issue with connectivity and lag which makes things a lot more complicated and frustrating.

Finally the game looks wonderful, it’s not pixel perfect, I don’t know many games that are. But at times my room-mates mistook it for a movie as they walked through the living room and glanced at the television. That is how good the graphics appear in this beautiful piece of art. 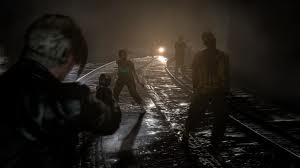 Along with my multiplayer gripe, there is at least one other problem with this game; there are far too many loading screens that last far too long. Whilst your inside the game you are drawn into the dramatic moments and ambiance, unfortunately due to these loading screens you are taken out of  gameplay far too many times….arrrggh! 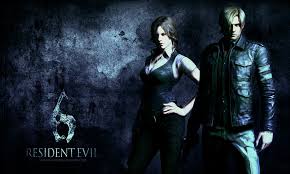 Overall I enjoyed RE6 and despite a few gripes it was a good game. The re-introduction of the T-Virus and the real zombies, which the series seemed to steer away from in the prior two incarnations, harkened back to the old days and added another level of enjoyment for me. Yeah there are too many loading screens and connectivity issues but the single-player campaign is worth the money. The game-play is classic and the graphics top-notch.

For anybody who enjoys the franchise, this is well worth a play.