Some of the best games I’ve played are platformers, with the likes of Mario 64, Jak & Daxter and Ratchet & Clank sapping a lot of my gaming time over the years. Look, I really needed to get ALL the stars and see Yoshi, ok? I can quit any time I want!

Ahem. Anyway, Grip Digital and Right Nice Games are looking to destroy my social life even more by releasing Skylar & Plux: Adventure on Clover Island on my beloved PS4 (as well as the Xbox One and PC of course). The team behind the sci-fi exploration title The Solus Project (yep, I can’t wait for that either!) have fashioned a great-looking third-person platformer that looks like it’s going to appeal to a very wide demographic.

The game sets two unlikely heroes on an adventure to prevent the villainous CRT from conquering their home and turning it into a wasteland. Our protagonist is Skylar, who was designed Rocket Racoon-style by CRT, turning her into his most potent weapon – wielding a powerful mechanical arm augmentation. Now, she must rise up against her creator become a heroine-against-her-will and forge a new destiny. Plux is her eloquent Owl sidekick, who fills the Daxter/Ratchet role… likely providing some comic relief on the way.

Together, they will explore lush beaches, burning volcanoes, freezing mountains and merciless desert, fight an army of CRT’s henchmen, collect powerful upgrades like the Magnetic Glove, or Jetpack and challenging CRT’s plans – and their destinies – before it is too late. 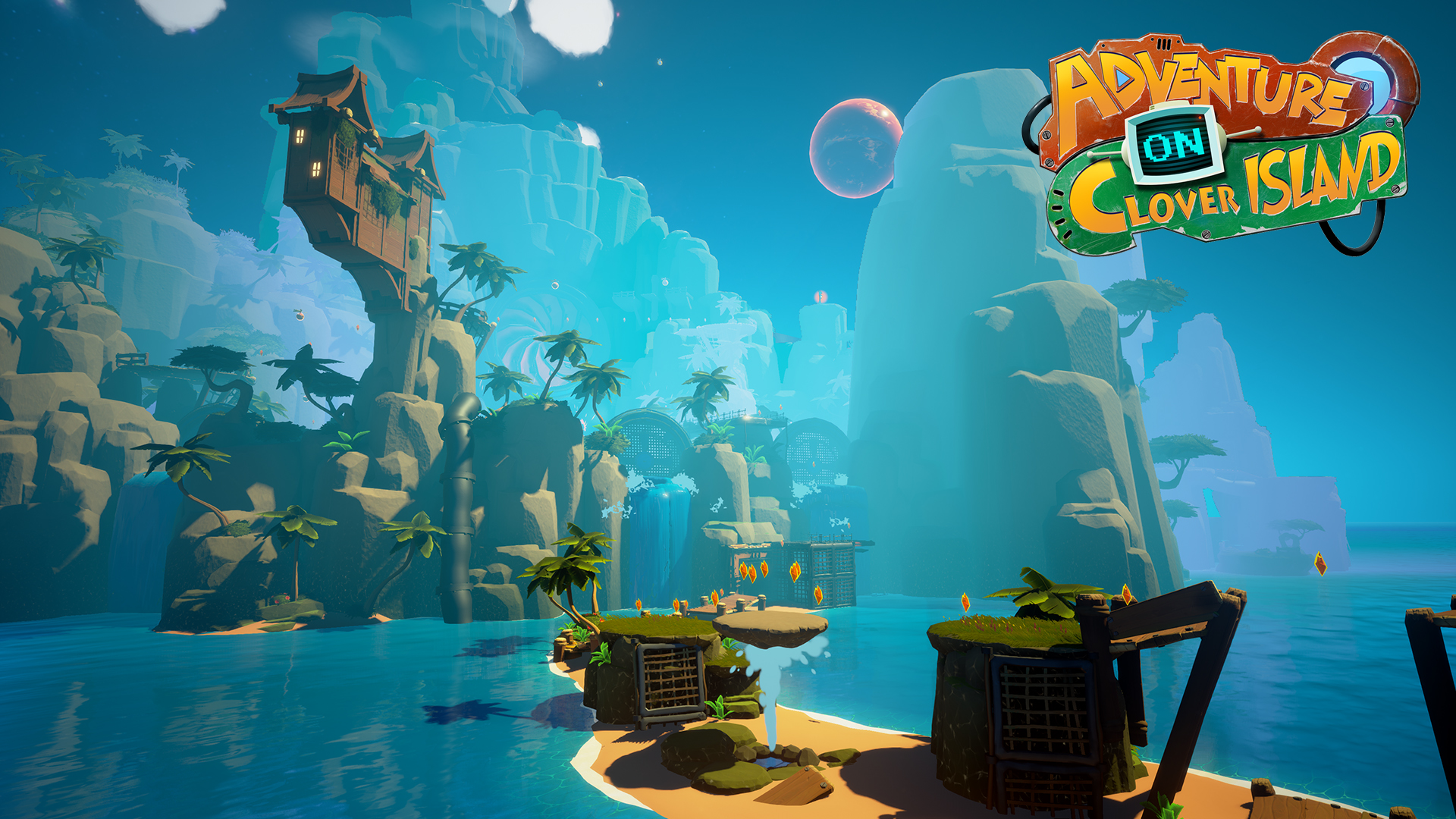 The game looks really pretty, reminding me of Ratchet & Clank a lot

Eric Valentine, Level Designer and Narrative Director at Right Nice Games described the game as “a passionate homage to the 3D platformers of our youth. Go on an action packed adventure, collecting gadgets helping you explore a beautiful paradise and save it from evil.”

It looks like they definitely have the right idea approaching the title, as Jakub Mikyska, CEO of GRIP Digital said “There’s a lot of personality and humour, colourful characters and hours of great gameplay for the fans of the genre, as well as newcomers to the 3D platformer games.”

Skylar & Plux: Adventure on Clover Island is due for release later this year on PS4, Xbox One and PC.