Tales of Berseria, comes to the western world later this month – January 24th for America, 27th for Europe – and fans of the series are eagerly waiting to experience the sixteenth addition to the Tales of series. Those who cannot wait can whet their appetite on the demo which is available both on the PS4 and PC. The events of Berseria takes place in the same world as Tales of Zestiria, and will take place several years prior to the events of that game.

Berseria is set on the continent of Midgand, a Holy Midgand Empire, a powerful country that rules the countless islands of the immediate area.

There are three species that live here; the Humans (who make up a majority of the population), the Malakim (supernatural spirits with magical abilities), and Daemons (humans afflicted by a disease known as Daemonblight, which causes the infected to lose humanity and rationality). The world is also littered with an abundance of monsters who roam the lands. Inside the Holy Midgand Empire, there exists an political and religious faction known as the Abbey,  who employ Exorcists to purge the world of Daemons and bring peace to the world…no matter how far they must go.

Thanks to the kind folk at Bandai Namco, we have some information to give you a heads up on the characters you will encounter on this journey!

The first female main protagonist of the series, she is a 19-year-old female who seeks to kill Artorius, the head of the Abbey and Exorcists, as three years prior to the game’s story he sacrificed Velvet’s younger brother in order to gain the power to defeat the Daemonblight and the Daemons it creates. Velvet tried to prevent the sacrifice, but her attempt to so saw her left arm become something akin to a Daemon, which allows her to absorb the powers of Daemons and other creatures. Her conversion to a Daemon meant she was thrown in prison, where she spent three years eating Daemons. When Velvet finally escapes her prison, she vows that she will use what or whoever to accomplish her goal or revenge. She fights with a blade mounted on her right-hand gauntlet, feet, and her demonic left arm which is usually wrapped in bandages. 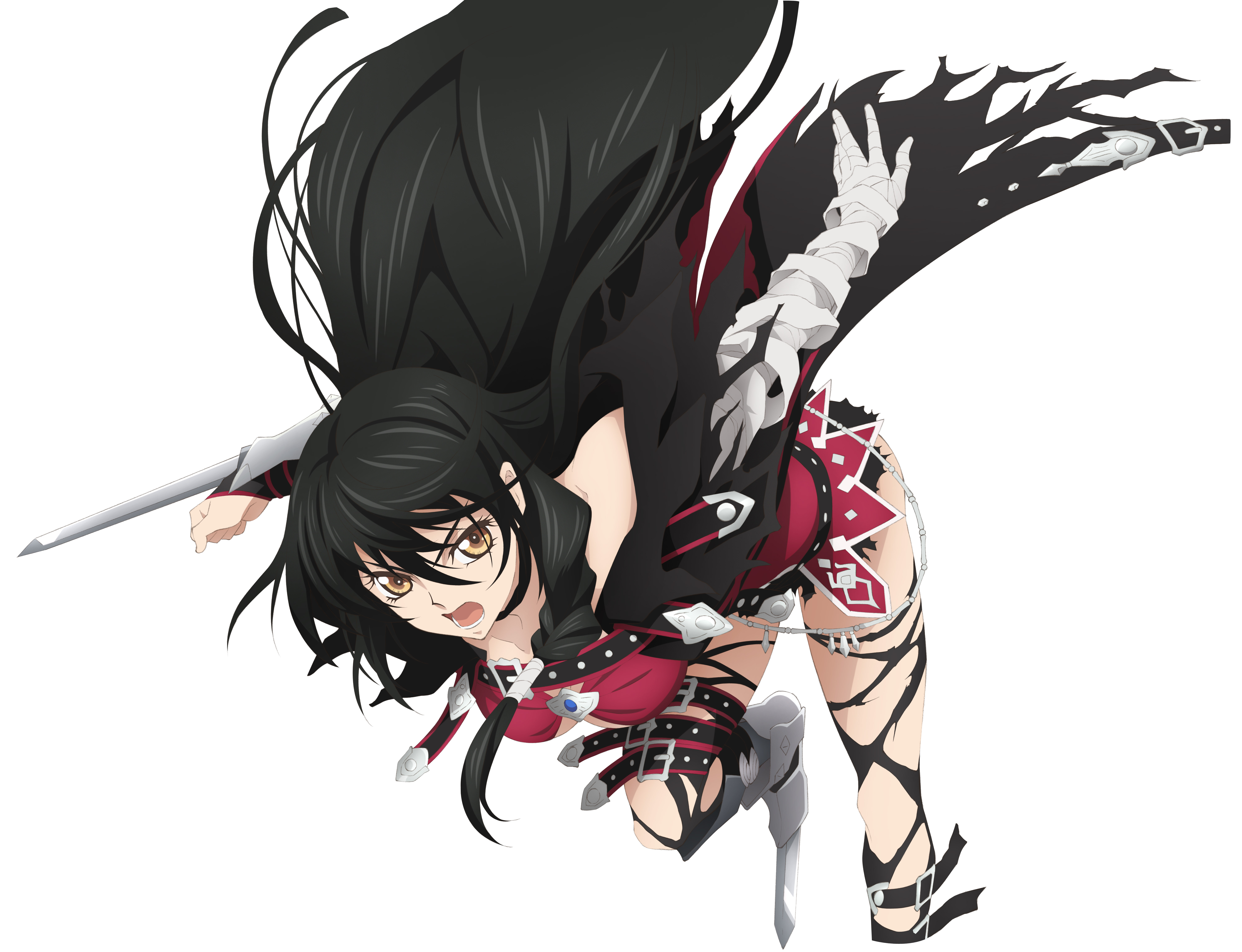 A man who, despite his appearance, is actually about 1,000-years-old. Known as the “Reaper”, he is the skipper of Aifread’s pirates, who is on a search for his missing captain, Van Aifread, on the ship called the Van Eltia. He is also the brother of the character Edna from Tales of Zesteria. Eizen fights using his fists for close-quarters combat and can also use malak artes to strike from a distance that are centered on Wind and Earth. He also has a battle action – known as Break Soul in the game – called  Draconic Drive, causing him to sprout dark wings. The appearance and name foreshadow his eventual fate as a dragon, which you see in Tales of Zesteria. 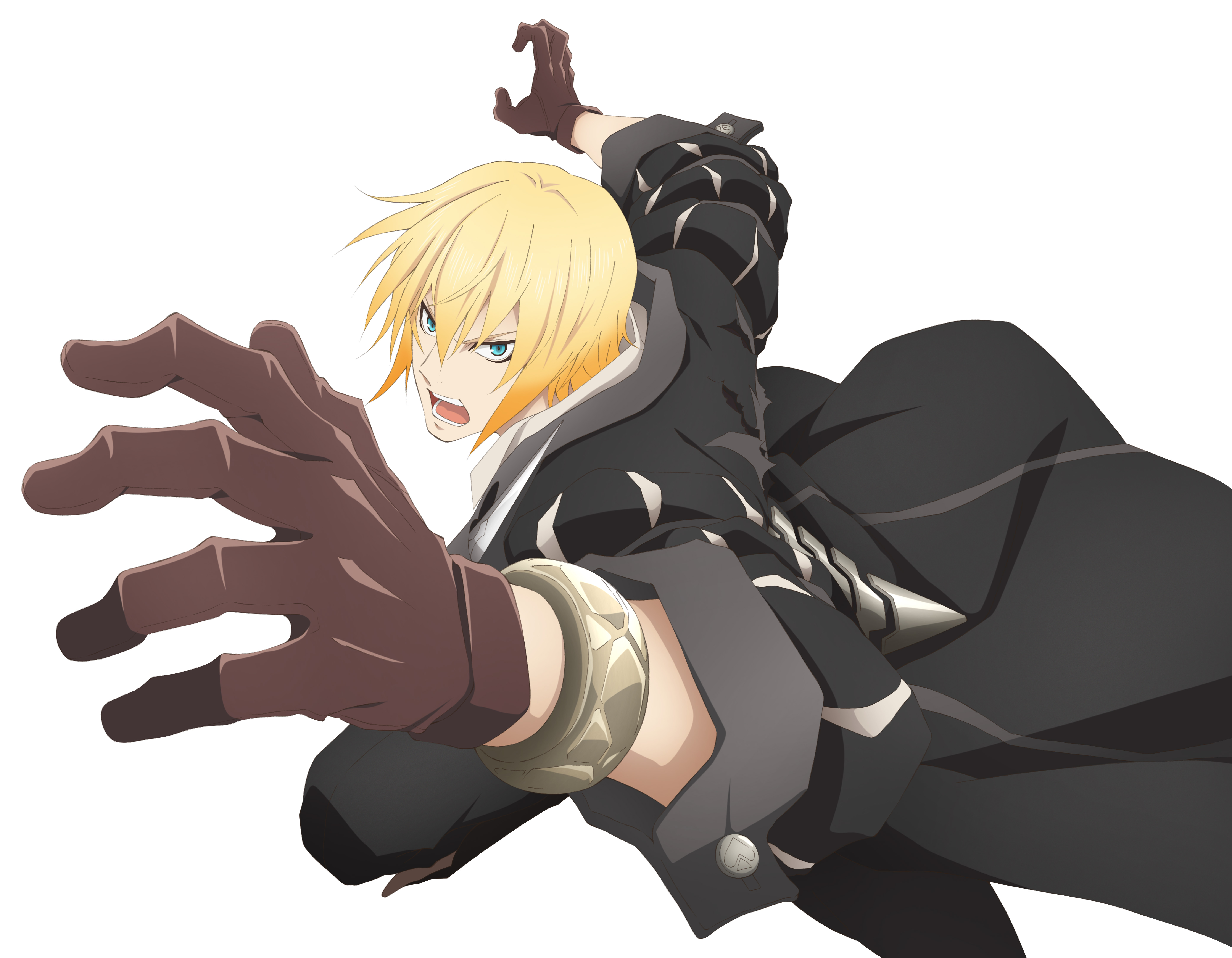 A compassionate, caring woman, she lost people precious to her during the Scarlet Night event. She joins the Abbey as an Exorcist, keeping the world safe from daemons through extermination, but her kind nature clashes with the need to exterminate Daemons indiscriminately. After a certain event in the game, Eleanor joins Velvet and her team to ‘discover the truth behind this world’. She utilises a spear to attack enemies. 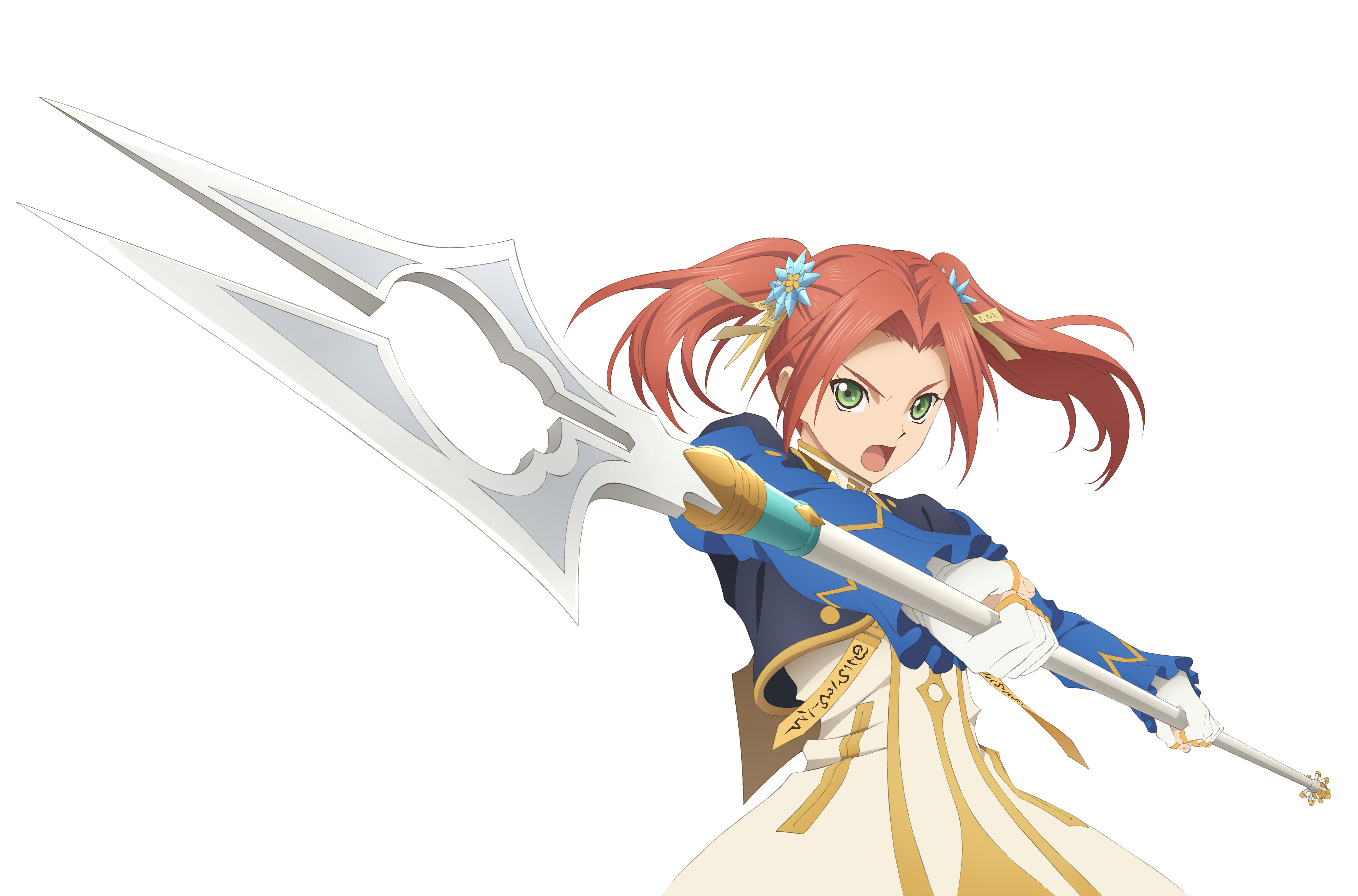 A 10-year-old boy of the Malak race who is strangely similar in appearance to Velvet’s deceased brother. He first appears as a Malak serving under an Exorcist, where he assists in stopping Velvet. Velvet turns the tables by capturing the Malak – she names him after her dead brother, and as the game progresses he moves from weapon to individual as he interacts with the team. He fights using paper sheets, utilising magic attacks from a distance. 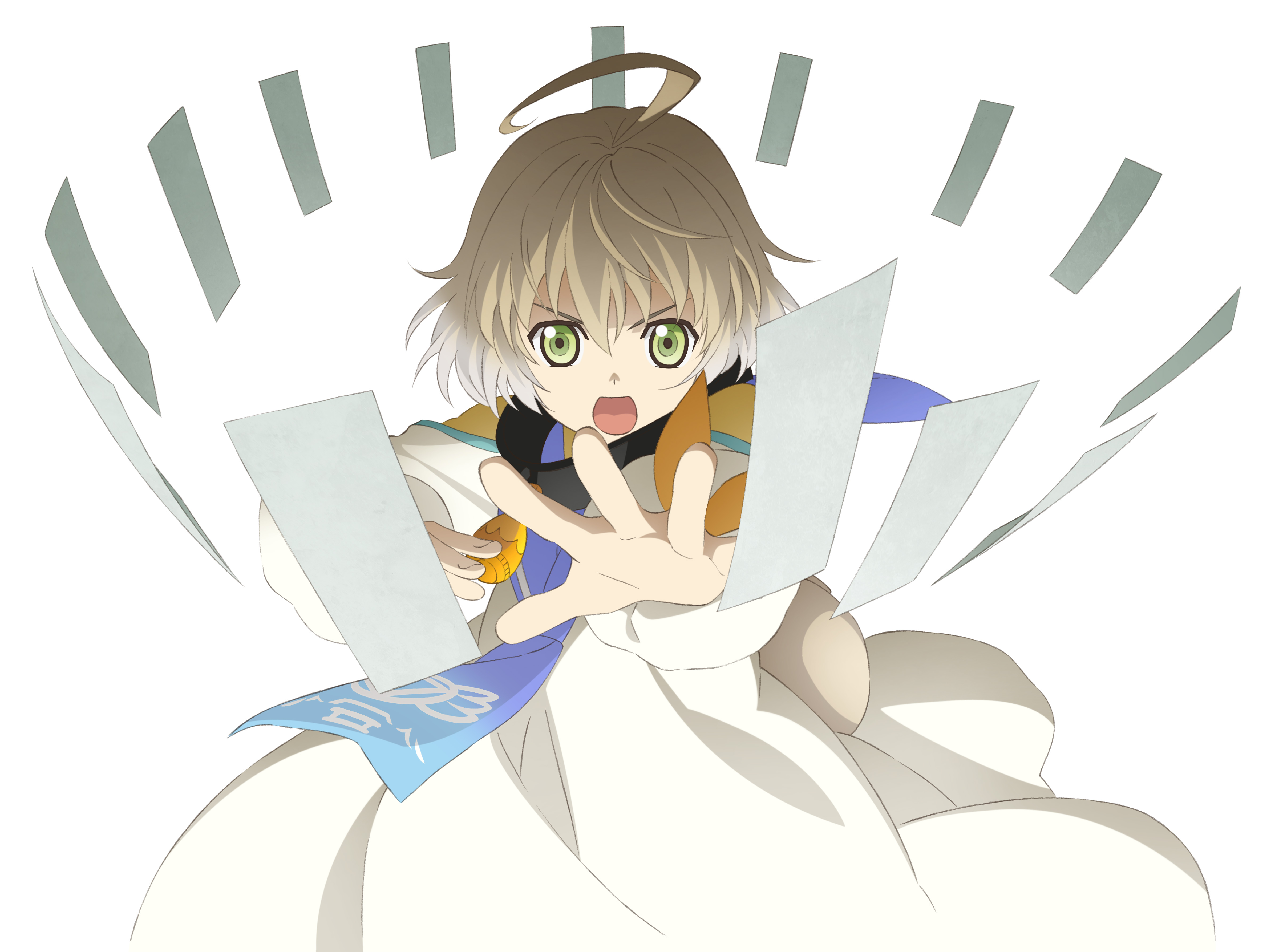 She is a mysterious woman who introduces herself as a “great sorceress” and the “Head of Menagerie”, but she is more known for “unlicensed witchcraft”. Magilou is an extroverted and chatty woman, utilising slow but wide-ranging attacks. She excels in malak artes where she focuses on Fire and Water elements to fire off powerful blasts. 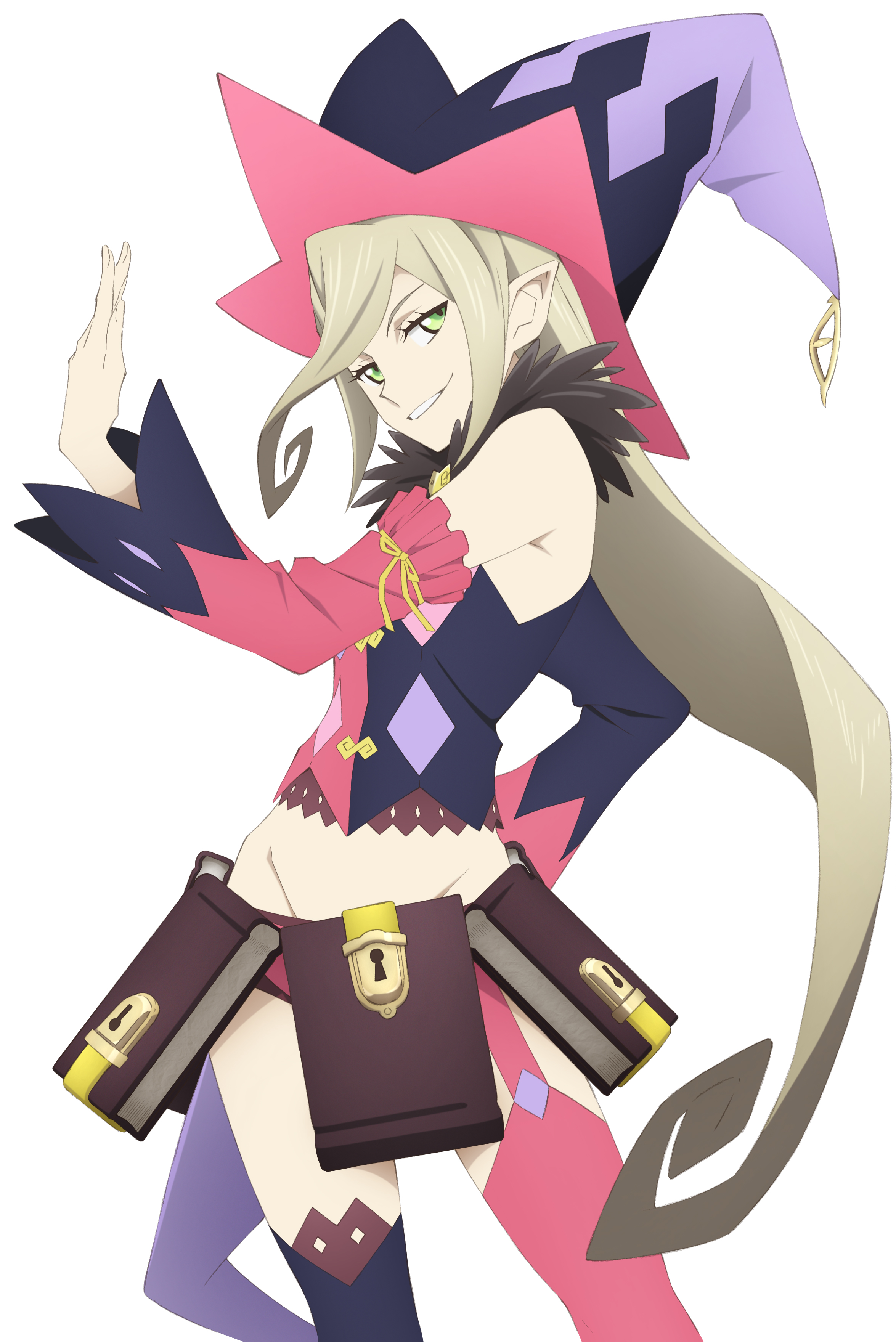 A black-haired man wearing samurai garb who, he became a Daemon during the events of the Scarlet Night but managed to retain his humanity and sanity. Not much is known about this character, other than he follows Velvet to pay a debt to her, and comes from a family foreign to the region – the same family as the Exorcist Shigure. He fights with twin daggers and utilises his Daemonic abilities to deal relentless damage. 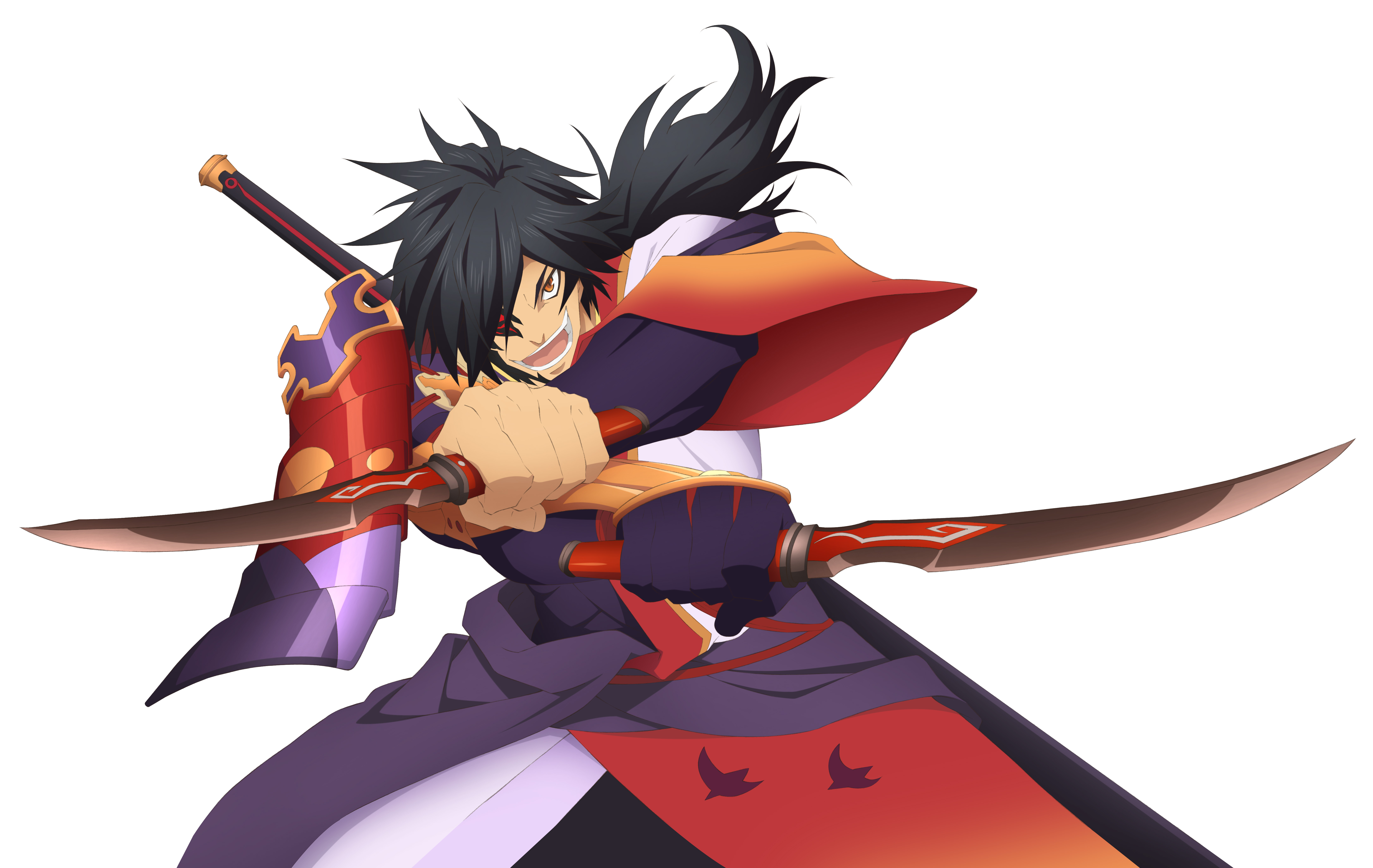 Shigure is Rokurou’s older brother and the head of their family. He has a free-spirited attitude, unappreciated by the serious-minded Exorcists he works alongside to become the strongest. Unpeterbed by the judgements of his co-workers, he justifies his carefree behavior with his immense battle prowess. His sole joy is to fight tough opponents and seems to enjoy it when his opponent is stronger, never turning down a new challenge whenever it arises.

A Malak woman with power over fire, Seres is Artorius’s subordinate who began to question his motives after the Scarlet Night when she started to regain her mind. Three years later, she sneaks into the prison island Titania in order to free Velvet, and sets in motion the events of the game. 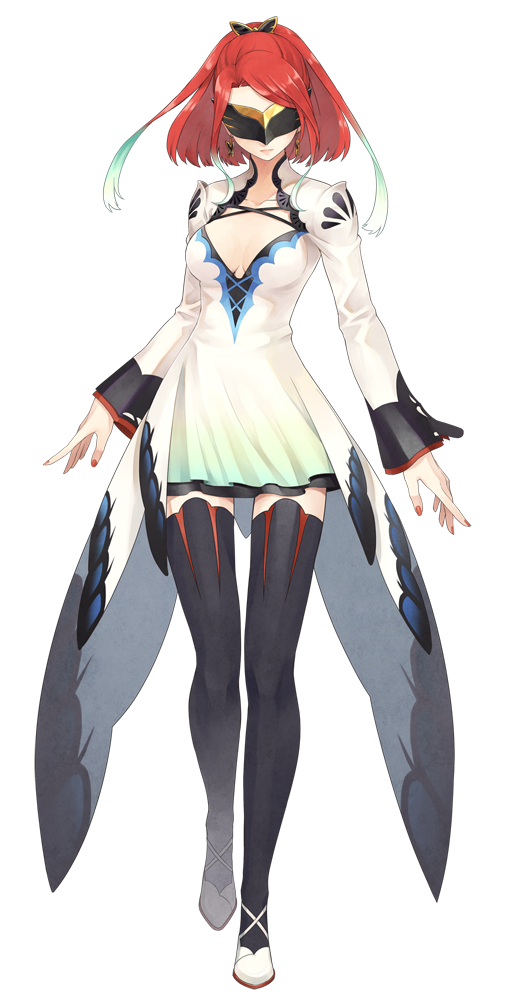 Artorius – real name “Arthur” – is the head Exorcist at the Abbey and considered to be a savior by most of the populace, as he is responsible for exterminating a large number of Daemons with the help of numerous Malakim. After breaking free from her prison, Velvet sets herself on the path of vengeance as she believes that Artorius’s death is the only way she can avenge her dead brother, who died at the hands of Artorius that fateful day. 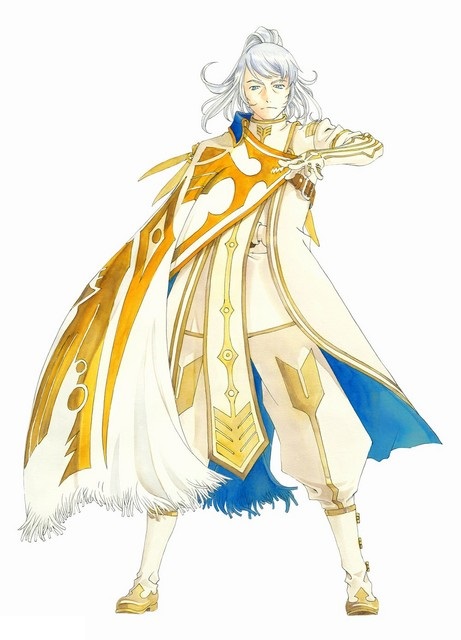