Teslagrad comes to Xbox One

Fans of beautiful 2D puzzle platformers are truly living in a golden age. Recent years have provided us with such gems as the time-jiggering Braid, the mind-bending Fez, and the straight-up gorgeous And Yet It Moves, to name only a few. But what’s this? Another game takes a well-earned seat among this august pantheon! Ladies and gentlemen, welcome to Teslagrad. 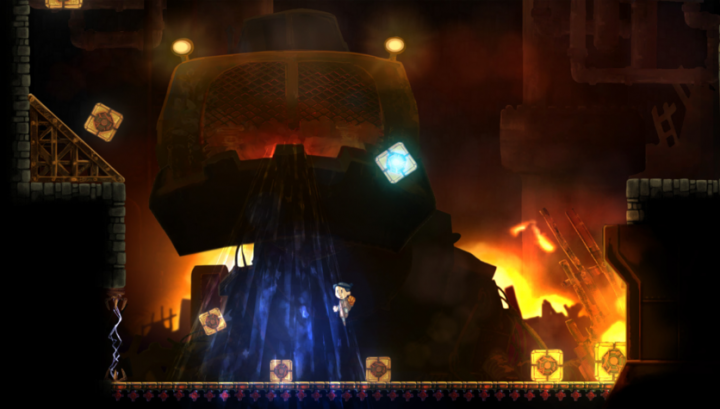 Initially released on Steam for PC back in 2013, Rain Games’ Teslagrad presents as a simple Steampunk-infused side-scroller. In fact, simple is very much the watchword for this game’s design. Little time is wasted on complex pre-game backstory beyond a fella carrying a baby through a town. He drops the child off at a house, times passes, and then we’re off, that same little boy fleeing soldiers for reasons unknown. No gameplay directions are given, no dialogue is required. The artwork, though a gorgeous and atmospheric study in the contrast between darkness and radiant colour, is also simple, using a hand-drawn paper cut-out aesthetic that evokes the charm and innocence of the 19th Century Toy Theatres, a device that’s used in-game to reveal more of the town’s history as you play.

This ethos even extends to the guts of this game, the basic puzzle-solving mechanic which you will use to defeat you enemies and progress: magnets. In fleeing the angry soldiers, you quickly find yourself inside a mysterious tower full of magnetised doors, floors, and strange emitters that can drag or repel items depending on their polarity. As you make your way through the abandoned rooms and strange locales that make up the loosely formed levels, you will pick up different tools and clothes that allow you to affect the polarity of objects or even yourself, as you solve puzzles and become a veritable master of magnetism. 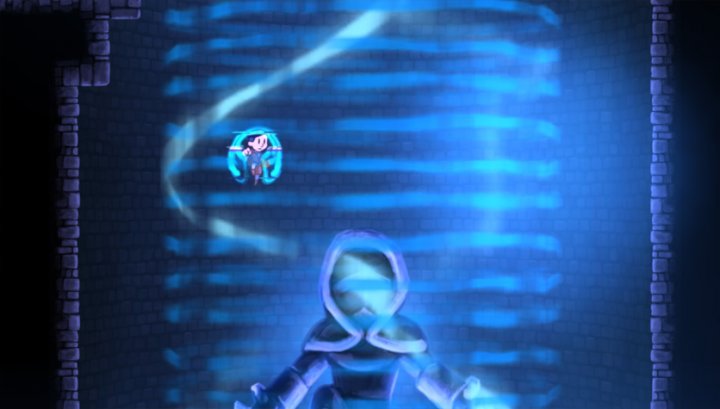 Be warned though. Simple as is may appear, this is not a game for the casual rage-quitter. The puzzles you will encounter within Teslagrad’s tower range from testing to brutal, requiring split-second timing and the odd tactical death to allow you to suss out a boss pattern. There is a learning curve here that is very easy to mistake for a wall, but that is the price you pay if you want to learn the secrets of the Teslamancers.

As well as stunning graphics and smooth gameplay, the Xbox One version also includes a gallery of 10 extra challenges which were cut from the previous releases for being too difficult. And boy-howdy are they!

Hard and beautiful, Teslagrad is a diamond of a game and a worthy addition to any platform-aficionado’s collection. Available now from Xbox Live.