A budget title that can be your next time waster.

2019 is filled with big-budget AAA titles. Pokemon Sword & Shield, Mortal Kombat 11, Death Stranding and even Luigi’s Mansion 3 have all been massive successes! But there are plenty of smaller titles which are also worth your time and effort. Saying that, let’s see what we have to show today… 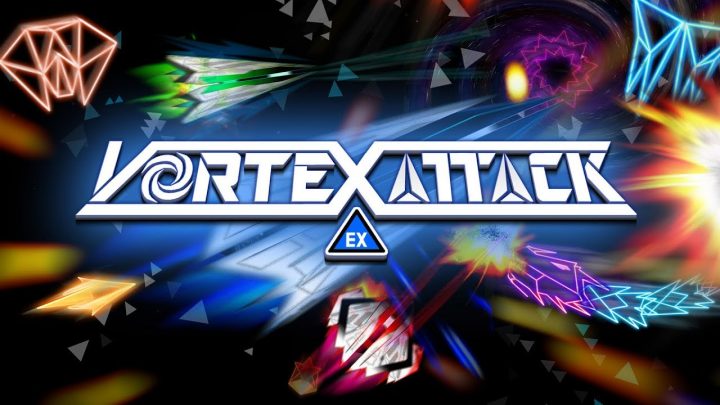 WHAT IS THIS GAME?

Vortex Attack EX brings back the memories of many old arcades. You are a lone ship fighting against an armada of aliens who are bent on destroying you with whatever they can. Your spaceship, which can be changed when you play and unlock others, leads your battle and takes you straight into the action.

The game presents itself in two ways. The first style is dubbed Normal, you get to see the machines in their full glory and presents a great range of visuals while you fight the enemies. The second style is Arcade, and it is beautiful. The visuals are given a neon twist and looks just like asteroids and various other space shooters in this filter. All the same ships, weapons and enemies are present in both styles. Playing with that neon setting just makes the screen pop.

Vortex Attack EX is definitely addictive. The gameplay and engaging style is impressing within seconds, but there is a catch. While the enemies can come thick and fast, there isn’t a huge variety to them. The challenge can increase, but that is purely just increasing the number of cloned enemies and raising their firepower. The boss fights are also very much the same, offering little challenge and becoming a bit tedious after the third or fourth time.

This is a fun game. Having it on the Switch means you could engage in some quick space battles at any time. Sadly, the lack of challenge just isn’t worth the time. The soundtrack is uninspiring and I actually played a lot of this while listening to Spotify. There are no other modes except just jumping in to the action. If there was a time trial, a survival mode or even online multiplayer, this game could have been a true gem for a budget price.

If you enjoy an arcade game with some pleasing visuals and a straightforward focus, then this is the game for you. I enjoy the game, but I can’t get over the missed opportunities. A lack of variety, no difficulty curve and little reward for your efforts make this game almost as flat as its choice of music.