previous
WildStar: The future king of paid MMO's?
random
next
Red Orchestra 2: Heroes of Stalingrad is free on Steam for the next 24 hours
Video Games & Tech
0 likes 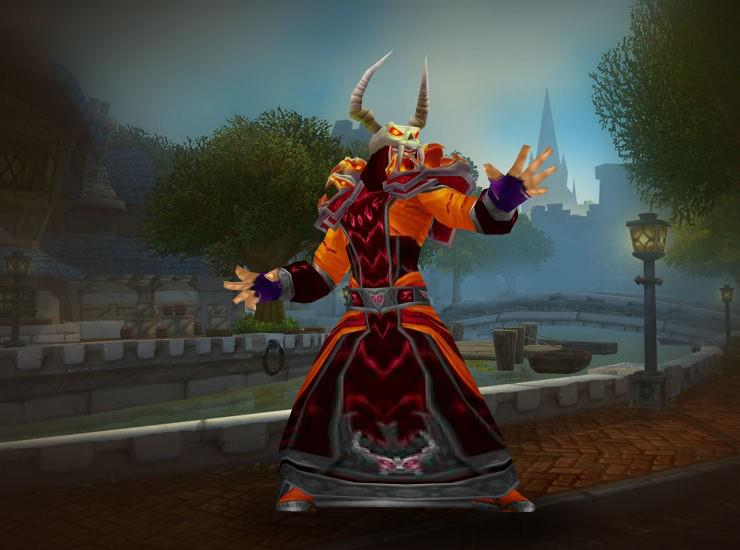 My first experience with World of Warcraft was during my GCSE study leave, shortly after the release of The Burning Crusade back in 2007 (Yes, do the maths; I am most definitely the Geek Pride baby, rattle and all) and I immediately fell in love with it. My brief trial period ended with me wanting more, resulting in the Battle Chest being purchased the very same day, and numerous hours were spent roaming the lands of Azeroth instead of my much needed exam revision. Hey ho.

See, I have quite an addictive personality, and this includes the dreaded real world as well as games.  In an RPG, such as Final Fantasy or indeed WoW, if I can better my character by collecting ‘X’ number of berries, or slaying ‘Y’ number of goblins, I’ll do it. In a game the size of WoW, it was heaven. Unfortunately, after countless nights spent plugging away at the system, and numerous arguments between us, we both fell out of love with each other and decided to go our separate ways. I wish I could say heartbreak ensued just to continue the drama, but I most likely found a new obsession a few hours later. I’m fickle like that.

Anyway, at the point in time in which I joined, achievements hadn’t been implemented just yet. It was a late Burning Crusade/pre- Wrath of the Lich King patch that included achievements for players, giving yet more depth and goals for those that had spent countless hours ignoring their loved ones for their lovely Tauren or, my personal favourite, Blood Elf (Horde FTW!). Years later, the achievement count would reach 2,057, with an extra 300 feats of strength just for bragging rights. I know I have a completionist attitude, but had I played at the time they were introduced, I most likely would’ve just let them be and accumulated them naturally, through simple, normal progression. Not everyone is of the same mind, however.

Enter Хируко, a Russian WoW player with a thirst for both WoW and achievements that, in fact, mean next to nothing in the real world. Having unlocked all 2,057 achievements in the game, and 205 of the 300 feats of strength for added measure, he is the first player to have all achievements after the release of Mists of Pandaria. Quite some achievement indeed. The level of dedication shown to have achieved what he has done is incredible, and something the devoted WoW community are known for all too well, and props to him. 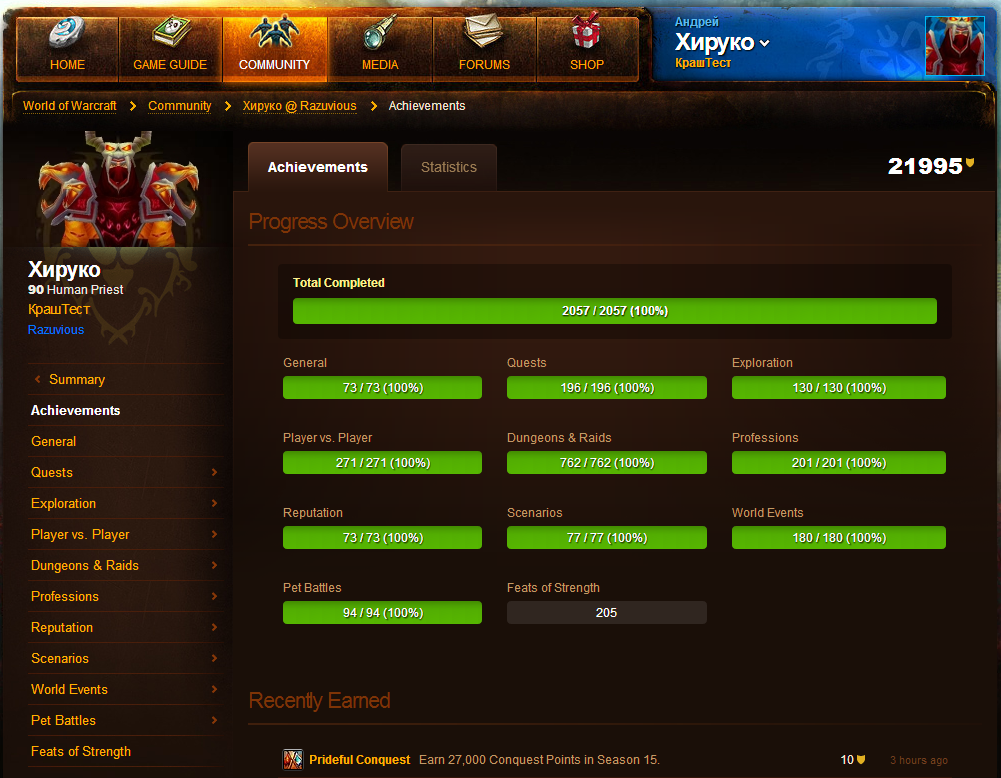