previous
Crypt of the NecroDancer - Review
random
next
Dying Light: Been There, Done That
Video Games & Tech
0 likes

+ Its more XCOM! Both in terms that it is another XCOM game and there is more of it.
+ Soldier customisation is largely fantastic, allowing for some pretty cool combinations of colour, camo, accessories and armour appearance.
+ The new storyline is brilliant, and such an original move, to release a sequel that assumed you failed the first game.

- I can imagine super-uber-hardcore players bemoaning ADVENT Troopers aren't tough enough, and strategy-newcomer-casual players put off by how powerful the "humble" Sectoids are. For me, that means the difficulty is spot on, mind.
- Face customisation is a bit generic but it gets the job done; just don't expect to be able to accurately model your own motley visage.
- Crap selection of UK accents on offer for voice work. Once again, the UK is either Posh, Posher, a bit Irish or Scottish. What about Wales? Yorkshire? The West Country?

This will be one of those games you come back to time and time again. As the years go by and computers evolve into floating motes of screenless light, people will make sure this game is ported.

XCOM 2 finally arrived on shelves and digital storefronts on the 5th of February, having been delayed from its original November release date so Firaxis could iron out the remaining kinks with their new procedural world generator – theoretically, this is now a game you can play a hundred times without ever getting a repeated map. Except the tutorial ones, presumably. I had my first crack at the game yesterday, my copy being “lost” by the world’s largest online retailer, forcing me to buy it through Steam and borrow my brother’s much faster internet to download it. Sorry for the delay in getting this review up!

My first impressions of the game were not all positive. Graphically, it was not looking the best, but a quick trip to the options menu sorts that right out – guess I’m just used to games doing the auto-detect thing before you hit the main menu, while XCOM 2 defaulted everything to minimal. Easily fixed, onto the game proper. 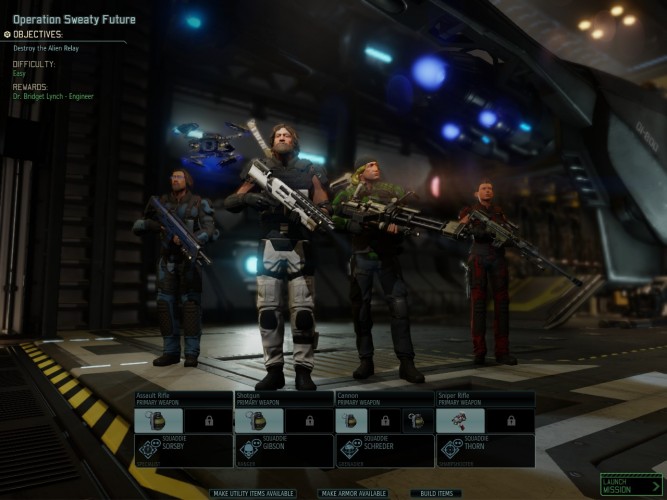 Operation Sweaty Future: couldn’t have named it better myself.

Having just finished the tie-in novel “Resurrection”, a good, quick read by Gregory Keyes, I was well versed in the lore of XCOM 2 and dying to get a look at the New Cities our alien overlords had built for us – for unlike most sequel games, XCOM 2 makes the assumption you lost the first game in a matter of months, and puts you in the position of guerrilla resistance. Your first look at the shining New Cities does not disappoint, and while the tutorial is still as on-rails as the previous game’s, there’s a lot more story going off in the background to keep your interest.

A little exposition later, and you’ll be assigning research and building medkits just like the old days, only with a few twists. Instead of mining out tunnels in your ant-farm base, you need to clear sections of the retrofitted alien ship you now call home, which requires the on-hands experience of a member of the engineering team, not just a bloke with a digger. This helps to give the vibe that not only are you no longer the (arguably) well-funded operation you once were, having to devote actual manpower to the “simplest” of tasks, but that even your base is not a friendly environment. Which is just fantastic. 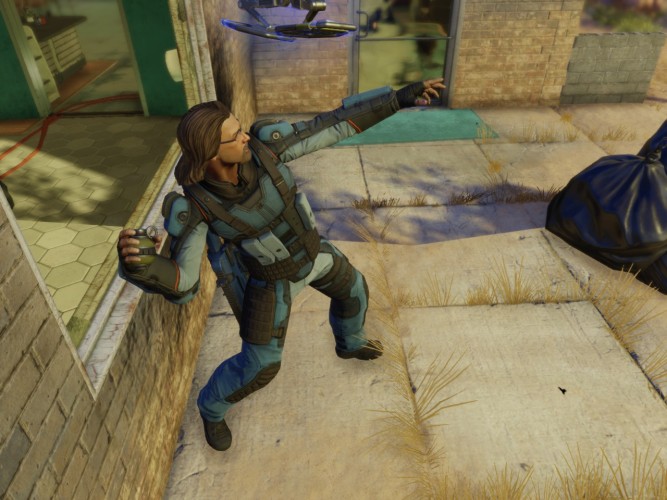 Funky fresh moves. I call it the “Specialist Dance”.

The first mission where I felt there’d be no hand holding was the third, and was also the first to give me an opportunity to edit my squad, using the new customisation toolbox. Oh yes, a plethora of sleeves, flak jackets, hats and weapon camos are unlocked from the get-go, though one or two options such as a soldier’s disposition remain greyed out for higher soldier levels. Naturally, I made some of my closest friends, plus myself, and sent them out to die. 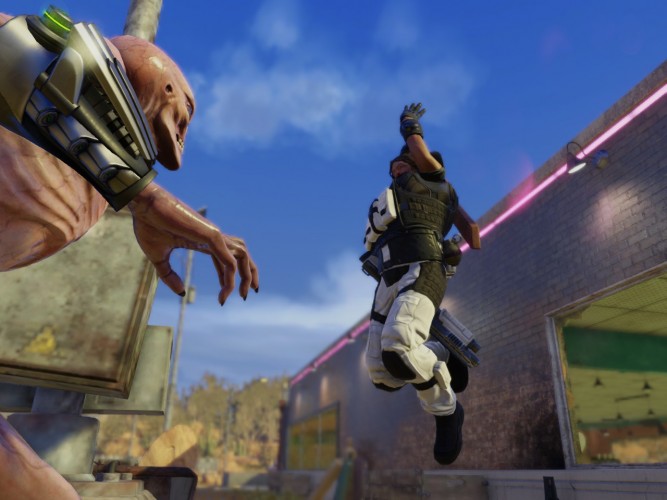 My Ranger, representing the Geordies – an accent sadly not available in game.

What fun I had. The new Concealment system, where you begin a mission hidden from the enemy, works fantastically. Enemies potter about on loose patrols, but don’t seem to notice a unit that’s crossed their updated line of sight unless that unit moves while in that detection range (unless that was just the game cutting me a break in the second mission). So you can’t get too close, for fear of a patrol discovering you and tying your units down, but the rewards far outweigh the risks, when the ambush is successful. Charge in with your sword-wielding Ranger, while the rest of the team waits on Overwatch to pick off the rest of the patrol as they scatter for cover – it feels great. 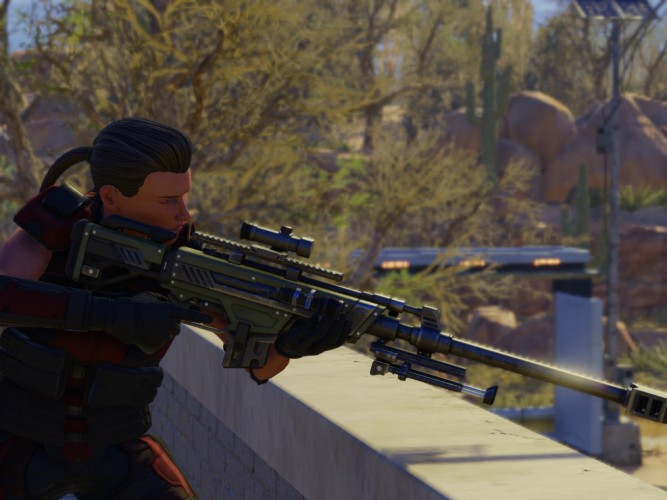 Action on the Sharpshooter – my most deadly squad member, with 6/9 of the kills.

Speaking of cover – I’m getting the feeling that it’s more important this time around, and it was pretty damn vital last time. Unless I’m wildly misremembering my numbers, the hit percentages my squad are capable of for gaining height advantages, flanking or blowing out cover are superb, so don’t be stingy with your explosives, and for the love of Shen, don’t leave yourself open to the same tactics. My sniper was positioned on a rooftop (naturally) and had above a 90% hit chance with her pistol against a nearby ADVENT Trooper in low cover. If that situation were reversed, I dread to think what’d have happened. 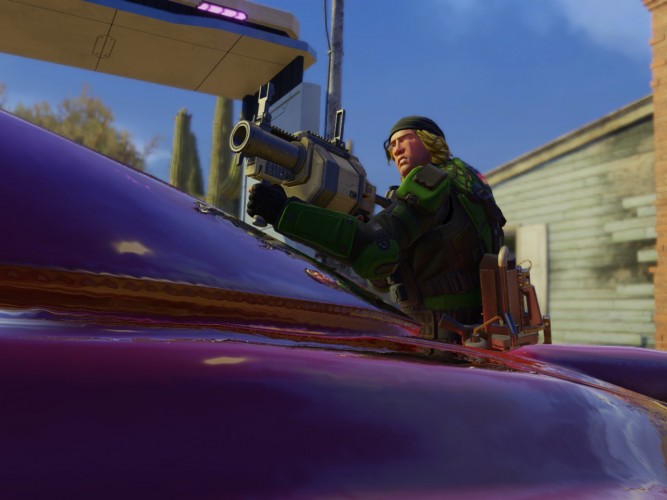 The Grenadier, XCOM 2’s Heavy. No cover for aliens, ever.

Troopers have made up the bulk of my enemies so far, three missions in, and while I know there are more flavours of ADVENT later in the game, I’m a little disappointed by them at the moment, and don’t see the basic Trooper as much of a threat – though that could just be because I kill them off before the ADVENT Captains have a chance to buff them. The Aliens however, are definitely a threat. The humble Sectoid is a mind controller and panic specialist from the off, and has a HP bar that requires two or three attacks (or a Geordie Viking) to bring down. They’re a far cry from the scampering little nuisances they once were – so I only assume Chrysalids are going to be an absolute nightmare. 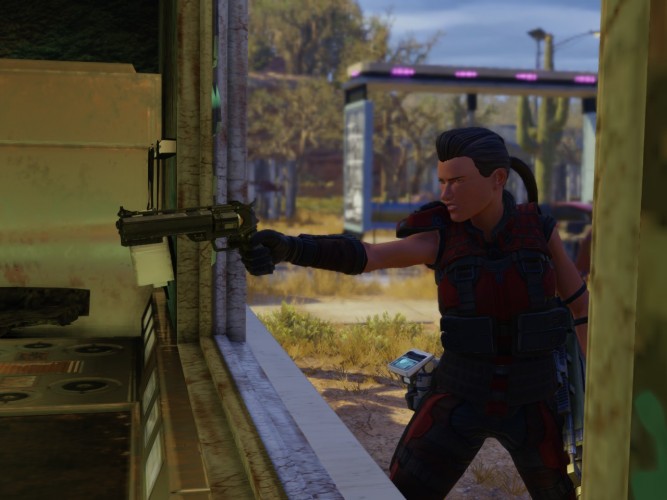 The Spirit of Callahan lives on, post-occupation.

First impressions of XCOM 2: its new and improved but business as usual – in the best possible way. The new features enhance the largely unchanged but rock solid core gameplay and the tonal shift, supported by the mechanical changes, paints a vivid picture of the world you now live in. I’m loving XCOM 2, and looking forward to seeing more of what the game offers. If you’re new to the series or don’t want to commit to a full priced game just yet, then make like my Grenadier and pick up Enemy Within.