This is a quick, simple easy game to play on your travels

This is a good app to purchase if your travelling with friends otherwise, stick with the real thing 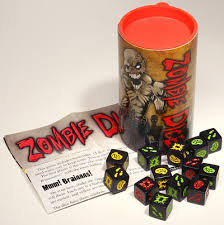 For a game that consists of a few dice, a cup to roll and a page of instructions outside the realm of the app, it was difficult to see how SJ Games could improve or detract from Steve Jackson’s Zombie Dice. SJ Games who are known for making The Fnorder and Munchkin Level Counter also on the app store gave this simple, yet addictive game their best shot, and for a free download (with an in-app purchase of 69p to unlock it fully) it didn’t disappoint. 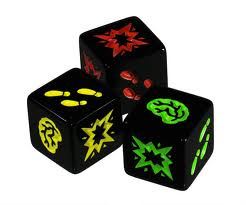 It didn’t disappoint for a free to 69p game that is, if this were more expensive then you could look more closely at the rather ominous sounding music, that turns relatively annoying, relatively fast. It reminds this writer of a musician who has just picked up an instrument for the first time, and insists on playing the same cords over and over again in quick succession. Mixed with the obligatory odd muffled groan, presumably from some mindless zombie creature. 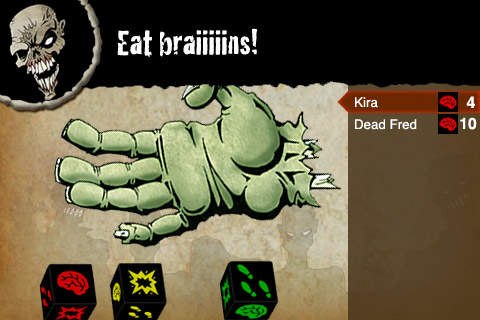 The main game screen of the Zombie Dice app

Now I purchased this app with the sole purpose of playing it on my travels (why carry around the dice when you have it on your iPad?). Fancying myself as a bit of a whiz at this game I decided to select the ‘Smarter’ Zombies, now when I envisage ‘Smart’ zombies I naturally don’t go to an Oxford educated zombie with a degree in literature. However I did envisage said zombies to know when not to roll, say consistently upon two shotgun blasts when two of their dice were red (hard) die. But roll they did and sure enough die they did.

Now once again for the money involved, I wasn’t expecting much and it lived up to expectations. This is an app that is a cheap, quick alternative to the physical Zombie Dice game. You don’t have to pay around £8.99 for it, you don’t need to find space for it in your bag and so long as you play with other humans, it does its job well enough.

That being said, there is still no comparison than having the real die in your hand in a room full of friends, making up some of your own rules to make the game last longer.