previous
Isometrics: 25 Years, 4 Colours, One Indelible Imprint: Looking Back at the Nintendo Game Boy
random
next
Mutant and Proud - Calling All X-Men Cosplayers! 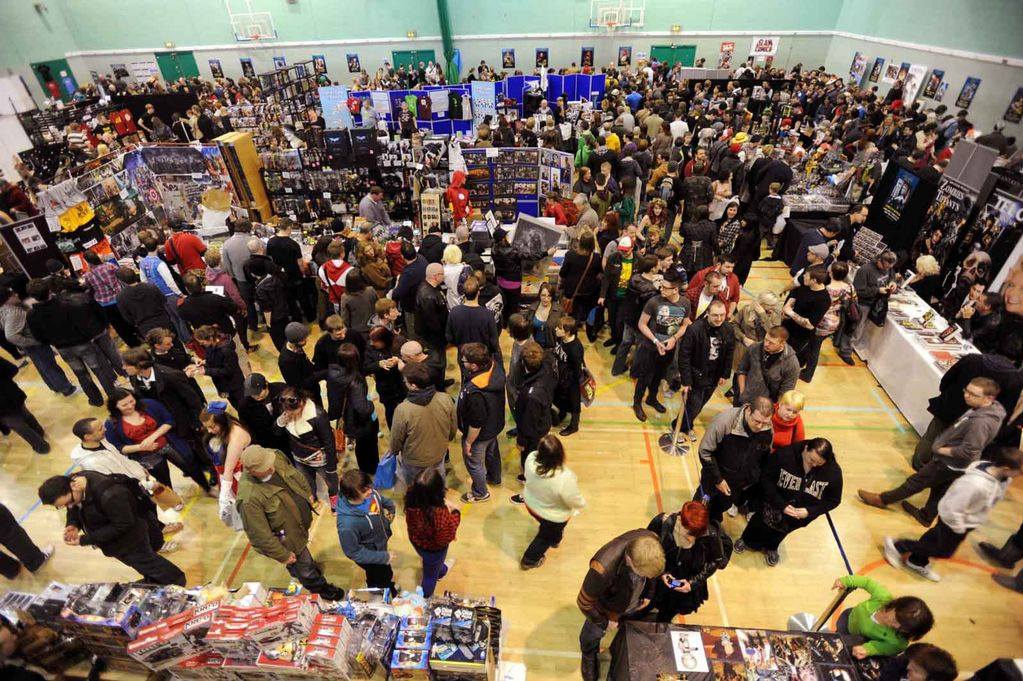 Sunday 27th April sees the arrival of what is fast becoming one of my favourite annual events, Wales Comic Con. The event, which was first organised by Jaime Milner with Mercury Promotions in 2008, is held annually at Glyndŵr University in Wrexham, just outside of Chester in the North West. Last year’s event had over 60 celebrity guests and welcomed over 8000 visitors, a huge number for what is a relatively small venue in comparison to many of the MCM events across the UK.

One of the many highlights of Wales Comic Con is always the variety of celebrity guests at the event, from film and TV stars to renowned artists and writers. This year is certainly no different with Charlie Adlard, the comic book artist behind Robert Kirkman’s The Walking Dead series amongst other work, being right at the top of my list. Adlard will be signing for free as well as doing a limited amount of sketches on the day for £10, which is an absolute steal for an original drawing from the artist. He will also be taking part in a Q&A Panel, which is set to be another highlight of the day. Luckily for you lot, Geek Pride will be interviewing Charlie Adlard on Sunday, here’s hoping I don’t fangirl all over him.

Another interesting guest at the event is Jonathan Ross, who is usually more well known for his television and radio shows rather than his comic books such as America’s Got Powers and the Revenge mini-series. Ross is another guest that will be signing for free, with copies of Revenge available on sale at the event, as well as taking part in a Q&A in the afternoon.

There are plenty of other artists and writers to check out on the day, with popular guests such as Neil Edwards, Lee Townsend and Mike Carey, amongst many others that have been involved in everything from Spider-Man and The Avengers to 2000AD and Judge Dredd.

For the film and TV fans, Wales Comic Con does no disappoint. Highlights this year include Alison Mack from Smallville, Zach Galligan of Gremlins and Warwick Davis, a fan favourite at the event. Jesse from Storage Hunters will be appearing, along with other new guests such as Paul Amos (Lost Girl), Marc Silk (the voice of Johnny Bravo!) and an unusual addition, Shane Richie. There are also stars from Game of Thrones, Battlestar Galactica, Red Dwarf, Star Wars, Torchwood, The Hobbit, Harry Potter, Atlantis and more, as well as plenty of wrestling legends of offer. The list seems endless, so make sure to check out the official website for a full look at everyone appearing on the day.

The huge list of guests will be signing autographs on the day, with a full price list available on the website. There will also be photo ops for many of them which can be booked earlier in the day, with varied prices and shoot times also listed online. Queues for guests will no doubt be lengthy, so get down early to avoid missing out. This also goes for the Q&A panels, with visitors advised to get down at least an hour early for some of the more popular talks, which are always a great experience.

It’s not all about the guests though, with plenty more on offer at Wale Comic Con. There will be over 100 stalls, selling everything from geeky merchandise and comics to jewellery and clothing. There are also plenty of displays at the event, including a Tardis, Superherobots from Robot Wars and some fantastic cars which are always popular. This years cars include Supernatural’s Chevy Impala, Knight Rider‘s KITT Car and the Bumblebee Camaro from Transformers.

With so much on offer, 2014’s Wales Comic Con is not to be missed. There’s even an Official Aftershow Party which is held at the University’s Centenary Club Bar, featuring a geeky pub quiz and live performance from Lord of the Rings actor; Sam Comery. Tickets for this are only £4 and will be available from the Wales Comic Con merch desk. Unfortunately, tickets for the event are no longer available online but some will still be available on the day. With early bird entry from 10am and general entry at 11am, expect lengthy queues if you show up without a ticket, so get there early. The venue is in close proximity of Wrexham General train station and easy to find.

I, for one, can’t wait for Wales Comic Con this weekend and some of the great things on offer. I’ll be covering the event for Geek Pride, so keep an eye out for me, sporting my GP lanyard and awesome tee. As well as interviewing celebrity guests, I’ll be talking to visitors and hoping to get photos of those in cosplay, so don’t be shy! If you can’t make it, don’t worry, we’ll have some reviews and interviews online following the event.

For now, head over to www.walescomiccon.com or the Wales Comic Con Facebook page for more information and details regarding guests, photo ops and Q&As. You can also follow the organisers on Twitter (@walescomiccon) for the latest updates.

I'm an aspiring film journalist living in Chester. Into all kinds of geekery from N64 to Xbox, graphic novels, cosplay anime and more. I have an unhealthy obsession with Pokémon and the Legend of Zelda series. So much so that I have two Zelda tattoos and various Pokémon lurking all over my house. In my spare time when I'm not busy being a real person and working, I'm writing or making retro games jewellery. I'm also obsessed with pandas. They're fabulous.
You might also like
AtlantisBattlestar GalacticaCharlie Adlard