Where Are They Now? – Child Stars of Sci-fi and Fantasy part 1

I’m sure all the geek parents out there would love for their child to have been cast as Bran Stark or Franklin Richards, but surely they can’t all end up as awesome as Will Wheaton. What’s become of that small elite group of sci-fi & fantasy child stars that grew up alongside us?

The first lady of sci-fi child stars – Carrie Henn (“Nobody calls me Carrie, except my brother”) 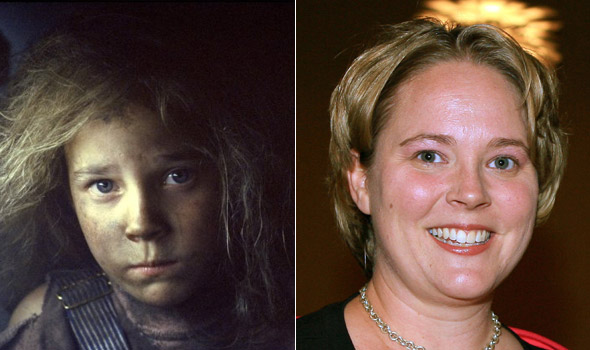 Ahh the adorable Newt from Aliens! Unlike a lot of these sort of roles, Carrie was the sole actress playing Newt, and had never acted before. Her brother was also cast as Timmy, Newts brother, but did not appear in the final cut of the movie. She was 10 when the film was made, and now, aged 37, has not acted in any other roles! She has devoted her time to Aliens interviews, documentaries, and mostly to her own education and life outside of Hollywood. She is now 37, qualified in child development, working as teacher and raising her own family. A much happier ending than Newt had!

Not much of a famous face, nor a famous name, though a pretty famous dad, and a very famous first movie role…next up, magic dancing baby Toby Froud! 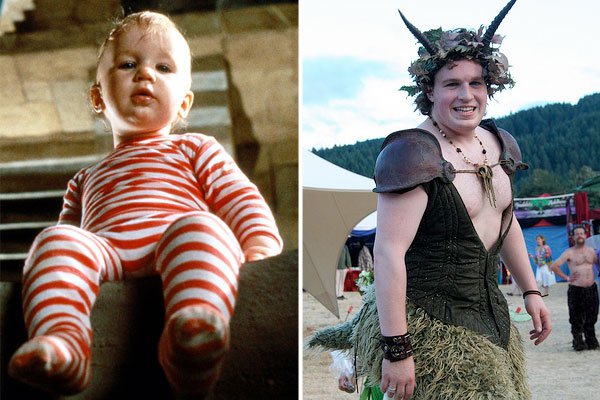 Toby’s dad is Brian Froud, illustrator, special effects man and puppet master (The Dark Crystal, The Storyteller, Lady Cottingtons Pressed Faerie Book), and this is how Toby got the role, his dad was one of the costume designers on Labyrinth. Like many baby actors, Toby has given up on screen roles, but now works behind the scenes. He studied at Wimbledon Art College, and now works in special effects himself, working with WETA on the Chronicles of Narnia and King Kong, and as part of the animation team for Paranorman. He also stilt walks and moonlights as a dancing bear – I would expect nothing less from the babe with the power!

Growing up in a geeky 80’s house there were quite a few brilliant sci-fi kid role models for me to choose from, but my pick was always the lucky kid that, despite losing all his family and friends in an unfortunate time travel incident, still managed to steal himself a spaceship complete with built in PeeWee Herman! Plus, his sister was Sarah Jessica Parker, so no great loss. Next up is Joey Cramer, aka David Freeman from the great Flight of the Navigator!

He was already an established child star, Navigator being his 3rd movie, including a role in the movie adaptation of Clan of the Cave Bear. Sadly, the success of the film did not result in success for Joey, with only a handful of TV roles afterwards, including a spot on Murder She Wrote. His acting career spanned only 3 years, until 1987, except for a brief uncredited 1991 appearance in It’s My Party, a tearjerker about a man’s death party, with a huge list of famous names in the cast, directed by Randal Kleiser, the director of Navigator.

Joey was a regular subject of “whatever happened to…” conversations throughout the 90’s – there were entire website devoted to finding him! He was eventually tracked down to a sporting goods store where he worked in Canada for some time. Since then it seems he has had many problems including multiple arrests and some time spent in jail. Sadly, it would appear he went the way of so many child stars of the time, topped off with the fact he had such a short career in acting – sad, as he genuinely was a good actor. Let’s all just hope for the best for him, or assume that this information is wrong, as we all know Max took him back to Phaelon!

As much as I love to revel in the nostalgic glory of my youth, lets deal with a film that’s a bit more contemporary. Or not. I hope you are all aware that The Matrix is now 14 years old. A child born in the year The Martix swept the world will now be 14. Let’s all let that sink in for a minute.

So, if a baby will be 14, the spoon bending kid must be…he’s 25, he’s still acting and he even has his own website! It’s Rowan “there is no spoon” Witt! 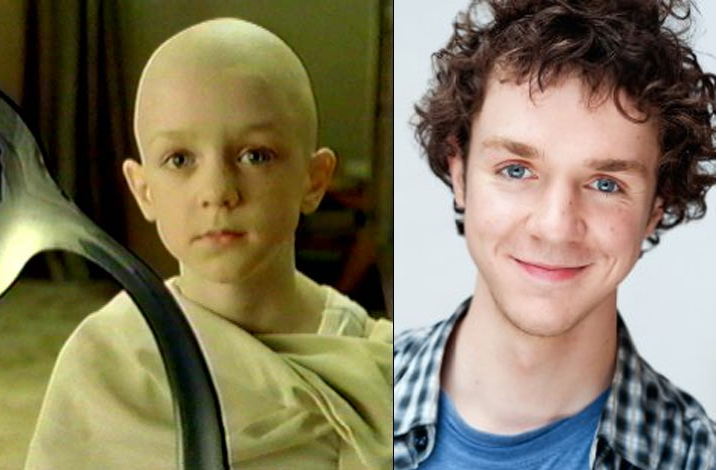 Since The Matrix, Rowan had a recurring role in Home and Away, played the lead in a TV adaptation of Oliver Twist, and has continued to work in many movie, TV and advert roles, up to this day. He graduated from the Sydney Conservatory of Music, majoring in Classical Voice, and is currently performing with Opera Australia. He also had singing roles on the soundtracks for Happy Feet 2 and Moulin Rouge. He also apparently made it to the final rounds of auditions for the role of Harry Potter. He’s out there, being super talented and quite successful, blazing a trail for the new wave of sci-fi & fantasy child stars. Look out for Rowan Witt – he could have much more to offer!

Ok, so for our final doe-eyed child star let’s turn to 70’s TV, and another staple of my childhood – Battlestar Galactica. Of course I’m talking about Boxey, the annoying kid with the equally annoying (and frankly a bit scary) robot-alien-bear, Muffitt. So what did he get up to after they finally found Earth?

Well, turns out he had already made my list by starring in another of my childhood fantasy favourites, as Atreyu in The Neverending Story!

First he spent his childhood befriending an angry chimp in a robot bear suit, then at the age of 13 did all his own stunts for Neverending Story, picking up injuries and nearly dying on more than one occasion! He suffered for his art, and secured himself a place in all our traumatic childhood memories with his heart wrenching horse death scene.

So, as if being the fictional owner of two of geekerys most famous pets wasn’t enough, he has also gone on to have a proper career, acting in TV and movies, including roles in Mork and Mindy, CHiPs, Family Ties, and a fairly impressive list of weird films. He is also a motorbike racer, multiple black-belt martial artist and combat instructor, and spends his time customising choppers. Noah Hathaway – what a guy!

So that’s all for now, but look out for the next thrilling installment of Where Are They Now – SciFi and Fantasy Child Stars – turns out there are plenty more!

I'm Mel, currently living in Sheffield, but originally from the other side of the Pennines. I'm a lifelong gamer, RPing from a worryingly early age, and basically raised as a geek - I don't think I ever had another option! Any spare money I have gets spent on comics, photo gear or lucha masks, and any spare time I have, when not gaming with friends, is wasted on Sims, Minecraft and trashy movies.
You might also like
aliensbreakingFantasy