WORDS! – the world of CyberPunk 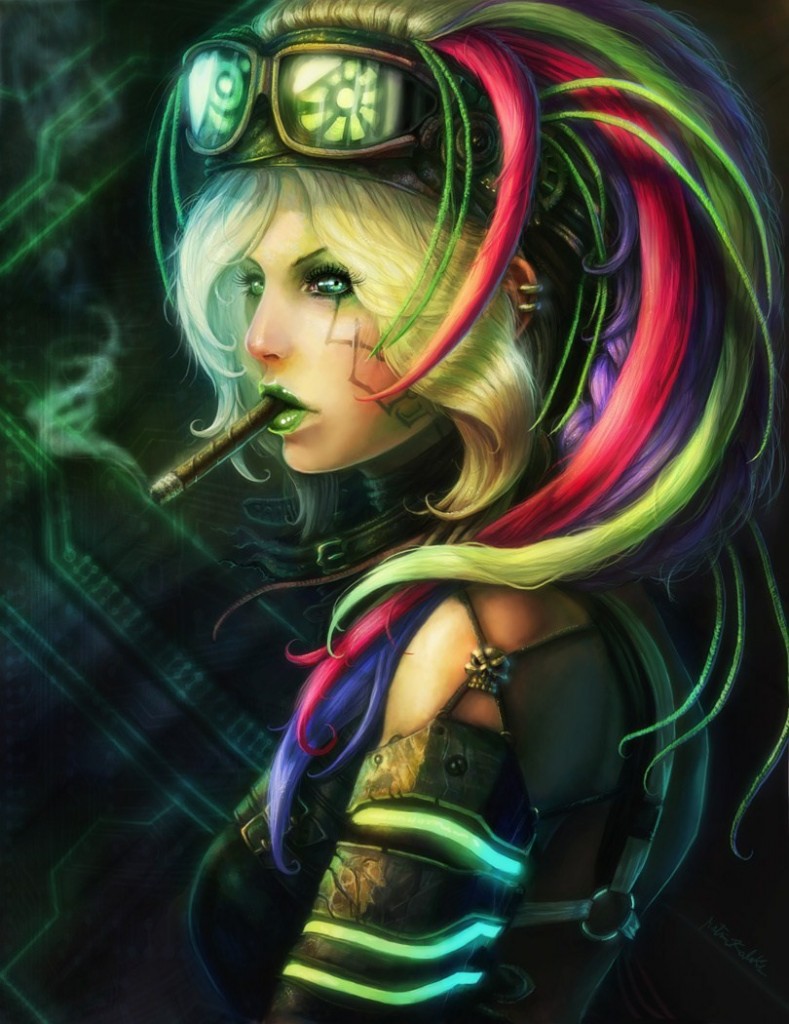 The mans watching, whip cracker with a Citadel fine detail brush. He wants words, lots of words, and wont shut the fuck up about the fact that he wants them yesterday.

Time travel, for the moment, escapes me, this ageing anachronism, but I can do words if he wants them.

Ironically, for such an angel headed hipster, I’m having to type all my musings on MS Wordpad, to be uploaded into some swish website run by a conglomerate of geeks whose identity still remains somewhat of a mystery. The paralells to old Bill and that type writer that wrote that book are not lost on me.

Anyway, Cyberpunk, the original genre with Edge, Edge not edge. We all know what that indefinable Edge is, its cannot be communicated, it just has to be understood. There’s thousands of rants in cyberspace about what is and is not Cyberpunk, go read one of them, they’re probably more succinct than this. Defining Edge is like trying to nail jelly to a board, or arguing about what constitutes Industrial Music, its an intangible only understood by those directly involved.

Notwithstanding the above, there’s the edge, the fine line on which it all balances, precariously, propped up by the laughably out-dated smell of paper and Moores Law. Cyberpunk, on the printed page, the very concept is ridiculous. That said, would reading it on a data pad (ok, Kindle) make you feel more involved?

But at what point does it all become irrelevant? When the technology of today overtakes the futuristic technology of the genre, what does it become? How far should Cyberpunk yarns be cast in to th future? Too far and you’ve got Sci Fi, too near and you run the risk of becoming, technologically speaking, obsolete. Set it all now and you can end up with something thats horribly dated inside a few years. Is it still Cyberpunk? Or just a thriller? there is no right or wrong answer, its just down to you the reader, and the skill of the writer to capture the Edge. Now go find some and make your own mind up, experience the Edge for yourself, if you can find it.

From N.Ireland but now living in Manchester, England; Matt is the founder and CEO of Geek Pride. Interests: Photography, Music, Art, poetry, Military History, Model making and painting and of course gaming (table top and computer)
You might also like
blogcyberpunkGeek