This weekend World of Superheroes brought WOSCON to Sheffield Students Union. Billed as “A new breed of comic con”, WOSCON is hoping to be the ultimate ‘by the fans, for the fans’ convention. 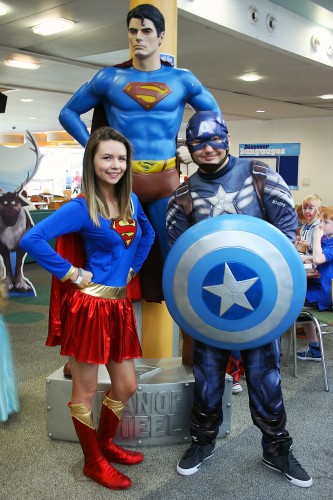 Sheffield is a slightly strange choice, as there is already MCM Sheffield, Doncaster Con, and the Manchester Cons all easily accessible, though it is the home town for organiser-in-chief Steve Eyre. Sheffield has a thriving geek community and the support of the University of Sheffield Student’s Union has definitely lent credibility and support to the project. The most significant contribution however is the use of the venue, the Octagon centre and Student Union building. 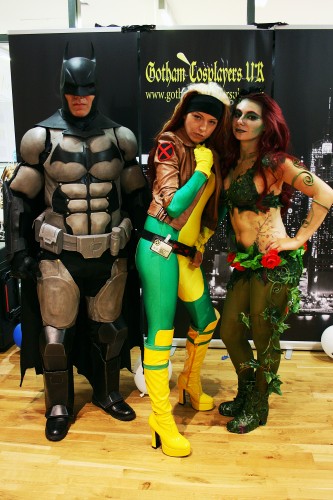 The venue, a short walk from lots of parking and great public transport link, was ideal, with the event spread over multiple rooms and three floors of the building. A large outdoor space was great for group photos, and every room was spacious and well laid out. My only complaint, and one shared by a small group of retailers on the lower floor, was that the area was difficult to find. However, the place was efficiently staffed and all the crew were really friendly and helpful. 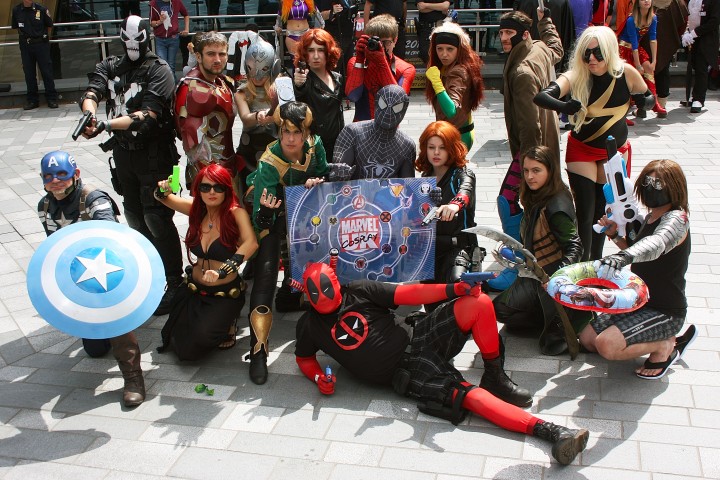 I’ve been to local events before and not reviewed them, as I believe the whole ‘if you’ve nothing nice to say’ thing. Not only will I review WOSCON but I’ll gush like a fangirl at my first con. It was brilliant. For me, Woscon was everything a convention should be: welcoming, interesting and fun. There was a real sense of community and shared interests and all the people I spoke to were having a great time. The event was well planned and things seemed to be running smoothly, there was loads going on, always something interesting to do, and a huge range of different activities. 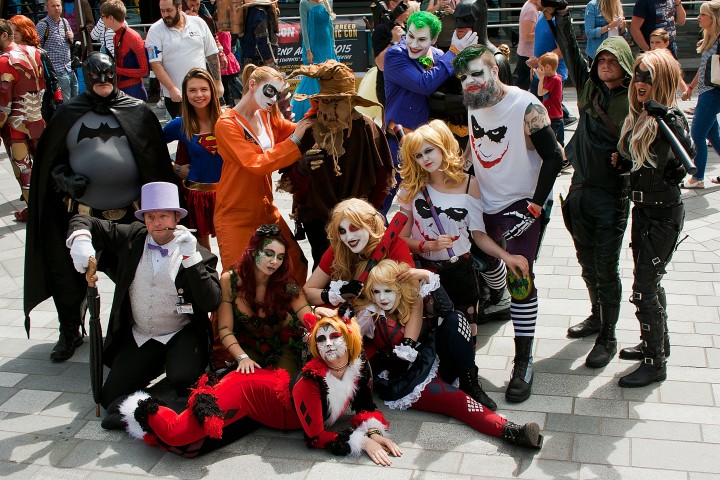 There were the convention staples – a huge trade hall, a signing area, an auditorium, an artists alley and a cosplay competition, but also some great extras. Firstly, a Kids Zone with hero statues, craft activities, face painting, kids treasure hunt game and the very popular Minion, Elsa and Anna. This room seemed to be the base of operations for many of the huge amount of kids and families at the event and was constantly buzzing with activity. My personal favourite, the Gaming Zone, brought back fond memories of Northern Militaire in the 80’s. Tables were laid out for Magic: The Gathering, Heroclix, Munchkin and a selection of new and interesting games, and the retro game consoles ran down one wall. Downstairs was the hard to find Interactive Zone and Playstation room, with interactive zombie experiences from EscExit and Zombie Uprising, VR and AR experiences from Harmony, 3D Hubs 3D printing workshops, a green screen photo booth with an entertaining selection of hats and a very busy zombie caricaturist. Maybe that was my favourite room…like I said, it was really good! 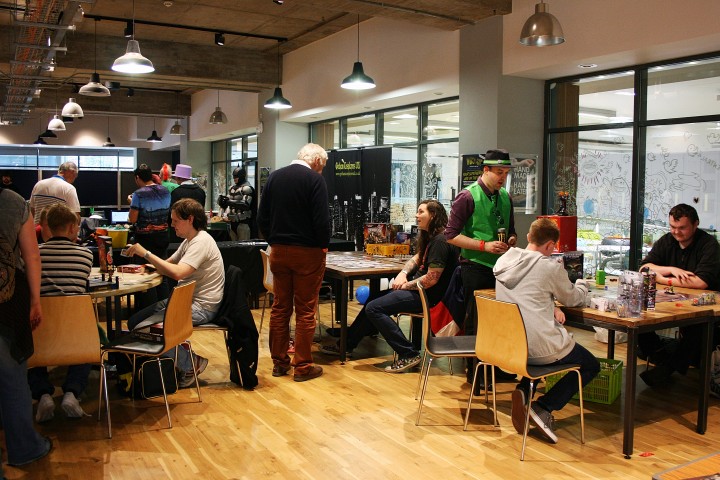 There was a small but impressive group of special guests, including Ian McElhinney (Game of Thrones), David Prowse, Pixie Le Knott and Pam Rose. The cosplay was great, with groups from Gotham Cosplay UK, Marvel Cosplay UK and The Sentinel Squad, and some really impressive costumes for the competition (the Skegsis was amazing). The trade hall was also great, with the biggest Pop Vinyl display I’ve seen, and lots of interesting stands including Kraken Kritters hand made furry gear, Dragonfly Heels, Warrington Custom Cupcake Company and Grimm & Co creative writing apothecary. 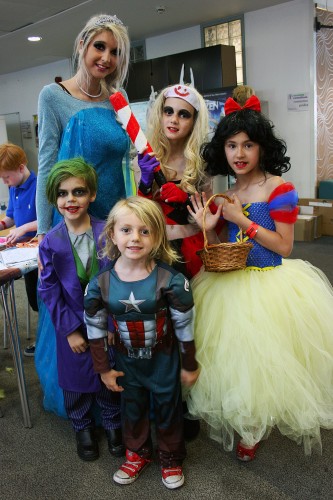 Awesome costumes from the Randall family

Highlights for me were The Gorilla Guy, the epic group photoshoot and meeting Friend of GP Lady Valentine! I don’t want to sound like I’m all praise, but my usual complaints (crowded, disorganised, hard-selling, rushing) just don’t apply. The closest I have to a complaint it that perhaps it wasn’t busy enough. Some of the Q&A’s seemed very empty, and the event could clearly have handled more visitors. Hopefully it has been successful enough to go again next year and bring in more people. There is a balancing act here, but they already have the product right in my opinion. 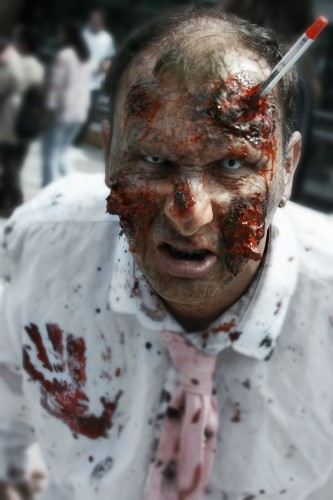 In summary, WOSCON: A New Breed of Comic Con – nailed it! 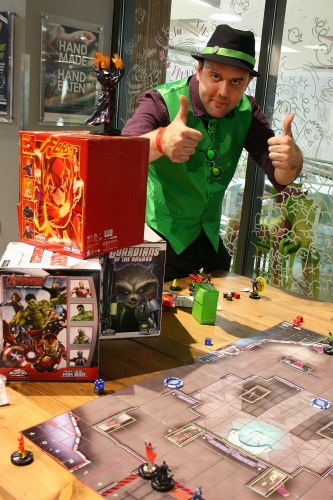 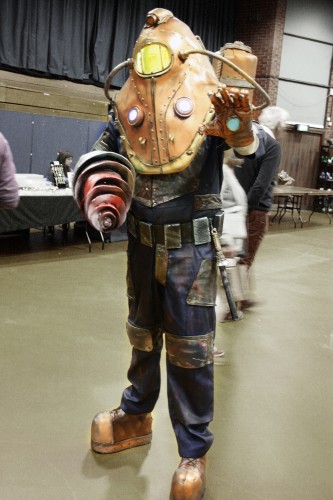 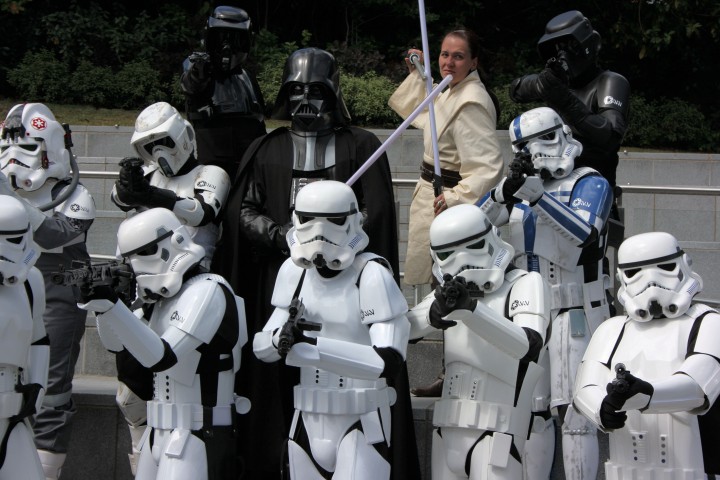 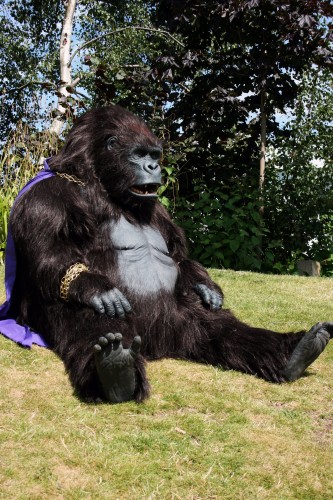 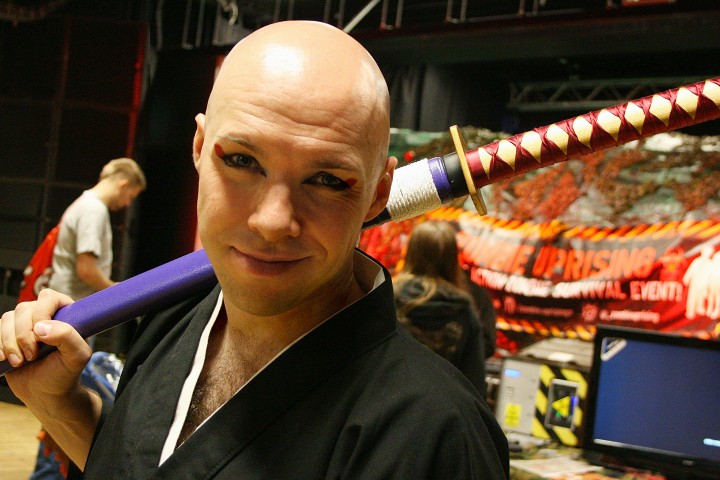 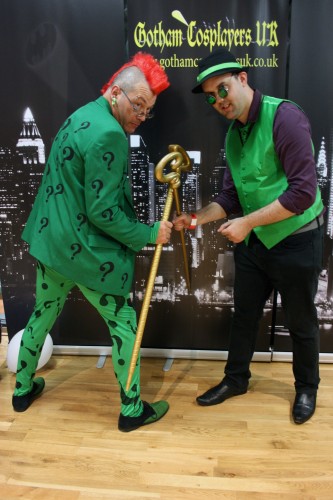 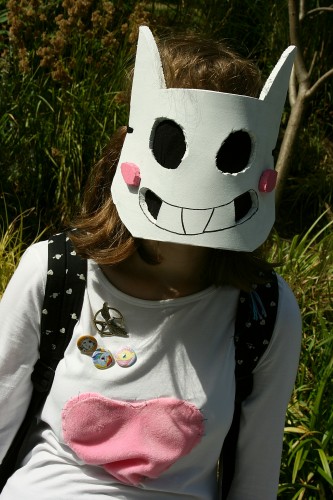 The only other human I’ve ever met that’s played OFF! 🙂 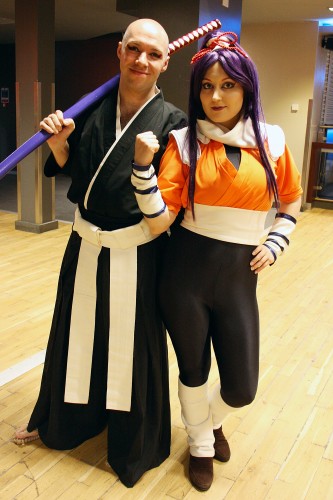 I'm Mel, currently living in Sheffield, but originally from the other side of the Pennines. I'm a lifelong gamer, RPing from a worryingly early age, and basically raised as a geek - I don't think I ever had another option! Any spare money I have gets spent on comics, photo gear or lucha masks, and any spare time I have, when not gaming with friends, is wasted on Sims, Minecraft and trashy movies.
You might also like
conventioncosplaysheffield