I hereby challenge my fellow writers here at Geek Pride to assemble the best team of fictional characters to ride out the Zombie Apocalypse. The rules have been agreed as the following:

We at Geek Pride value your opinions and encourage you to share your thoughts in the comments below or better still on the forum thread for this writing event. On the forum feel free to submit your ideal team, but remember to stick to the rules!

So as the challenger it is only fair for me to go first, and it has not been as easy I thought it may have been. First I wanted an all out team of killing machines, but then would that work as a group dynamic? Last thing I want is for us to turn on each other or become the bad guys in an already terribly horrific world. Also, when I think zombie survival I imagine long term, rebuilding ours lives best we can scenario and for those reasons I have picked the following team. I have chosen a very basic character sheet, minus all the stats, as my format because I am an avid role player gamer. 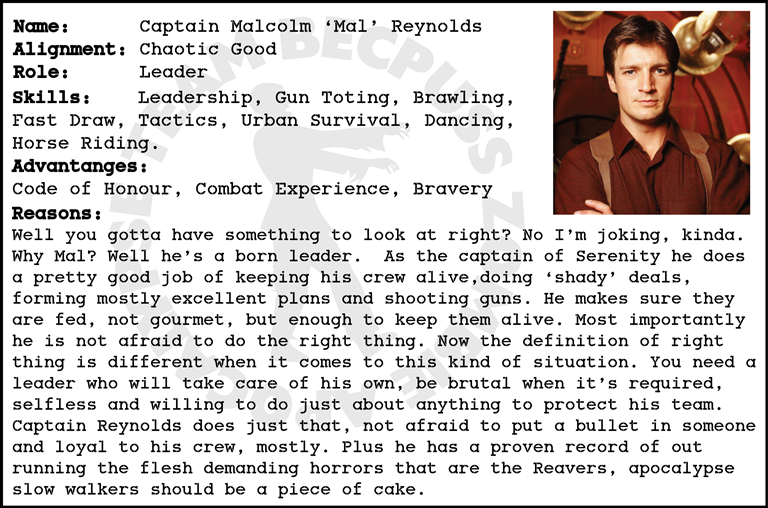 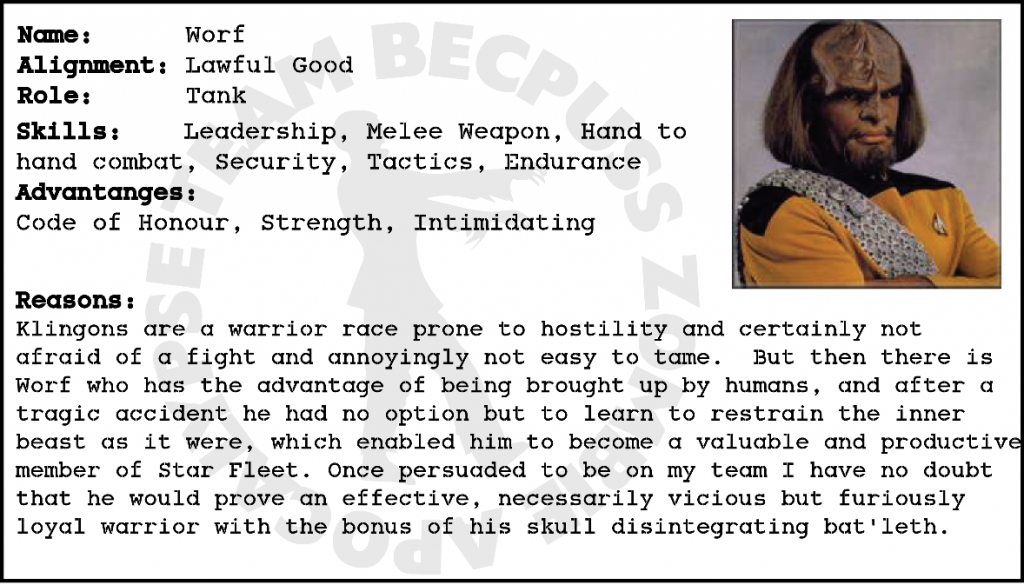 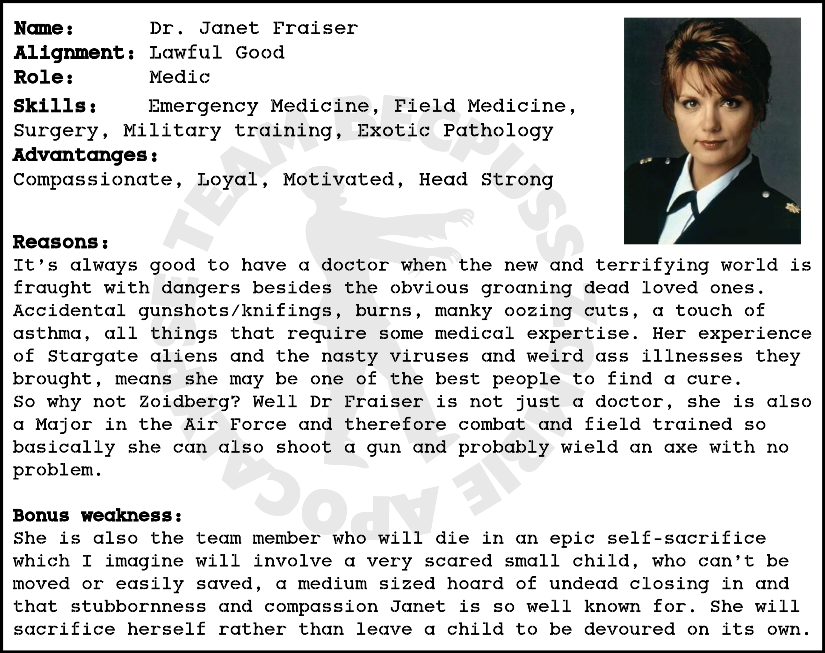 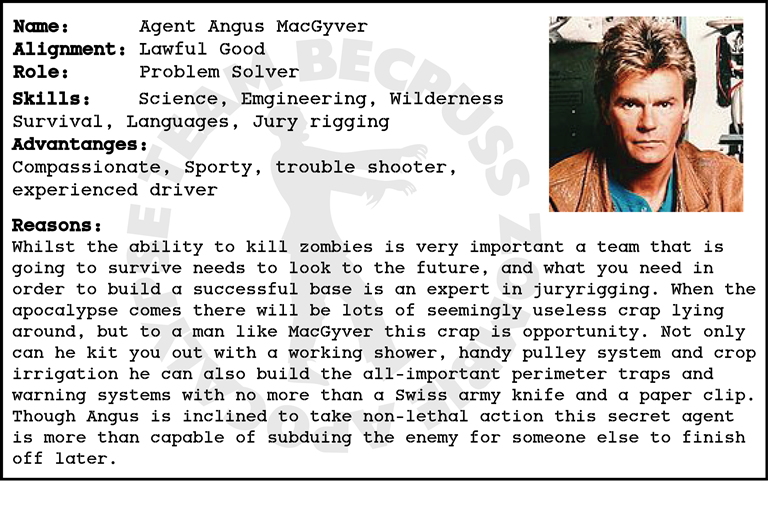 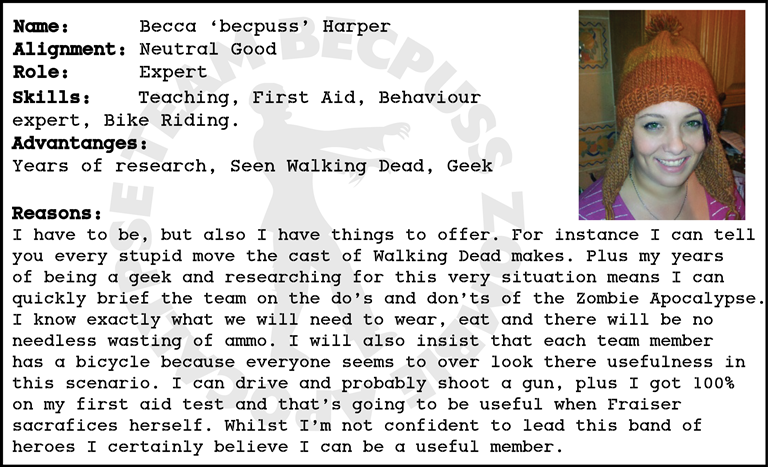 I have chosen this building situated a handy 2.3 miles from my home. The area is securely fenced off and is situated on the right on the edge of a canal bank. Basically anyone trying to enter from the back will have to deal with water and be able to scale a building. It is situated in a industrial park and so the number of possible infected is lower than the average housing estate. I happen to know the building also has it’s own generator and the staircases are easily removed, always an advantage. With a huge plus of it being located right next to a garden center full of handy spades and other such weapons and across the road from a pub. Though glass fronted, that is reinforced glass handy for watching the outside world whilst being dry and alive inside. It sounds weird that I know these things but my husband used to work there, we decided a long time ago this is where we would be heading.