WWE: Could there be hope for Smackdown yet? 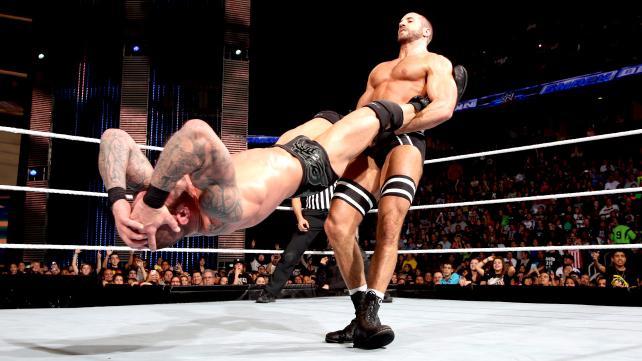 In recent years, WWE Smackdown has been considered a second rate show by many wrestling fans. The company do a good job of making it appear minor league in comparison to the flagship show Raw. That is why the latest episode shocked myself and a lot of other people. We are used to often seeing the blue and white show as merely a glorified Raw recap show, so when confronted with some stellar matches and an overall positive piece of television, we stop and take notice.

A good episode wouldn’t have always come as such a shock. In the Attitude Era, when the show was in it’s infancy, Smackdown was extremely popular. The Rock called it “his show” and appeared practically every week, most of the big stars were regularly there and big storylines were impacted on. Even further down the line, in the early years of the brand extension, Smackdown often outdid Raw. You had guys like Brock Lesnar, Kurt Angle, Undertaker, the list goes on. You could watch either show and know that you were probably going to be satisfied. Things could not be more different now. 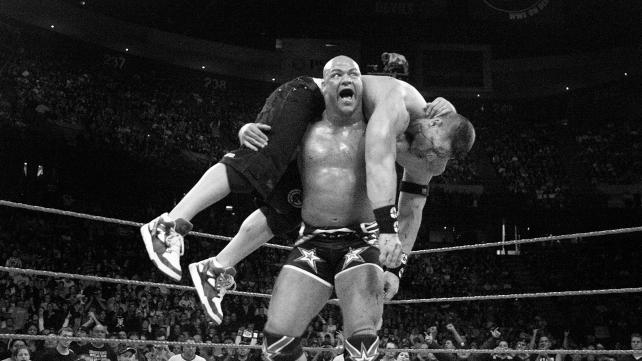 I hate to sound like one of “those guys” when I say this but “back in the day” you could tune into Smackdown and see John Cena every week. Not only would you see him, he’d be jobbing out. The top guys he jobbed out to would appear every week too! (e.g. Kurt Angle) – Now we feel like it’s Wrestlemania on those rare times that Cena comes out to cut a promo. He is strictly Raw material. What message does that send out about the second show?

I understand that it’s important to elevate Raw, but if you want people to go to Smackdown live events or watch it on TV, surely you need to make Smackdown appear to be a legitimate standalone show. You don’t do that by taking away most of the star power, putting on mostly meaningless mid card matches and exploiting your fans by shoving mind-numbing filler and recaps down their throats. It doesn’t seem best for business, but maybe that is all about to change. It’s probably not, but it’s fun to speculate. This week definitely instilled some optimism though. The show was very solid overall, but it was made memorable by three very good matches.

The first of which (and probably the most impressive) was the “Fatal 4 Way” between Jack Swagger, Rey Mysterio, Mark Henry and Kofi Kingston. The winner would get a shot at Big E Langston and the Intercontinental Title at Elimination Chamber next weekend. The stakes were high, and the Champ was at ringside doing commentary. However, with my initial “Smackdown is bullshit” hat on, I watched on expecting nothing more than a waste of my time. Boy was I wrong! These guys pulled off a thoroughly entertaining contest. It was frantic and chaotic from start to finish. With all four guys inside at once, it really was non-stop. You couldn’t take your eyes off it. It’s hard to put into words how surprised I was by the quality of this match. Despite looking like a forgettable mid-card bout on paper, it outshone the opening match, and that contained Daniel Bryan and The Shield, so that’s saying something. Jack Swagger picked up the win, which topped off the whole thing perfectly. I look forward to his match against Langston. 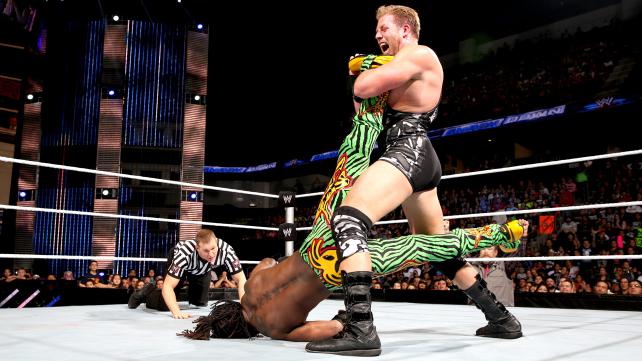 Another very solid encounter pitted The Rhodes Brothers and The Usos against “Rybaxel” and The New Age Outlaws in an eight man tag team competition. Now, despite their being eight guys in the match, I hardly went into this expecting a classic. In fairness, a classic it was not. Nonetheless, it was surprisingly good. For the most part, it was just okay, but it built to a real crescendo, as bodies flew everywhere at the end. There were a number of pedestrians in this one, but it was guys like Goldust and The Usos who really made the difference. Like the first match I mentioned, this battle got some real crowd heat. The people were generally going wild for the action.

The main event of the night pitted the Champion Randy Orton against Cesaro. From what I can gather online, Vince and the guys in the back didn’t think the name Antonio could feasibly belong to a tough-guy, so he is now just “Cesaro”. As idiotic as that may sound, I guess Batista did well enough for himself with just one name. After two matches had already surprised me, I should have known better than to doubt Cesaro. That didn’t stop me from expecting this to be anti-climactic and to ultimately end with a predictable win for Orton. Spoiler alert, I was wrong again.

These two guys battled tremendously and the crowd were as loud as I’ve heard from an episode of Smackdown in a long time. Cesaro was phenomenal throughout and really made an impression. He completely deserves to be elevated into the upper echelons, but I’m not holding my breath on that just yet. Regardless of his future status, he performed at a main event level this week, and then some. As for his opponent, Randy Orton gets a lot of criticism, but I really don’t buy into it at all. He can get very stale when put in the same situation for a long period, but that’s just because his character has been around consistently for so long. In the ring, he can hang with the very best, and when it comes to facial expressions and knowing how to work a crowd, the guy is a true pro. It’s not his fault that WWE’s booking of his character is often predictable and relentless. As a worker, he is high end.

Put all of that together and you have the potential for a classic match. The two of them told a great story, in which Cesaro appeared to morph into a babyface for the night. That was a logical move to make, and one that I don’t think will remain temporary for much longer. He is over with the fans at every show, despite being one half of a racist heel tag team. After a lot of back and forth, suspense and intrigue, it was the underdog Cesaro who emerged victorious. After a savage uppercut, he drilled his opponent with the Neutraliser and picked up the win. The crowd went absolutely nuts. It really felt like one of those special moments, and the announcers did their part in making it seem like a really historic victory. 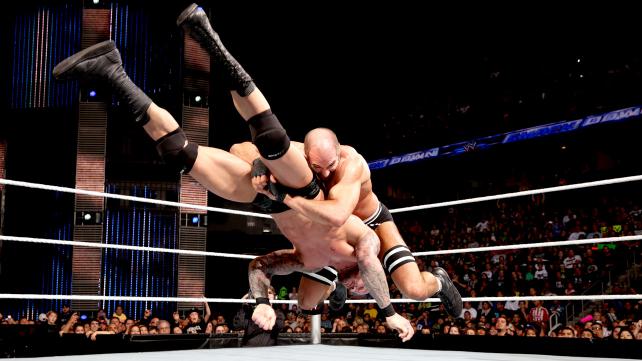 Whether or not this will prove to be a stepping stone to the top for Cesaro, we will have to see. All I know is that he pinned the current Champion clean in the middle of the ring, and looked very strong. I don’t think he will win the chamber match. I don’t even think he will be involved in an important match at this year’s Wrestlemania. But as guys like Cena and Orton are coming to the end, surely there is a place for a guy like Cesaro to emerge.

That great main event and the other entertaining matches on this card could spark an improvement in the show on the whole. On this evidence, there is no reason why the company can’t continue to put some emphasis on quality wrestling on Smackdown. If it can’t be as “big” as Raw in terms of names and appeal, then at least it could become the “wrestling” show – the place to see the quality workers have longer and better structured matches. Sadly, I see that change being as unlikely as a big push for Cesaro next weekend, but we have to dream.

Perhaps this was just an above average episode of Smackdown and everything will now go back to normal next week. We can’t be sure. I guess the only way to find out is to tune in. I know one thing. I’m actually looking forward to next week’s episode, and that is not something that happens often.

All images were sourced from WWE.com

My name is Craig Humpage. I'm a 24 year old struggling journalist, would-be writer and wrestling maniac. I hope you enjoy my articles. Believe in The Shield.
You might also like
CesaroRandy OrtonRaw

WWE: Was this year’s show the most memorable WrestleMania! of all time?