previous
Episode 129 - We we can't have nice things....
random
next
The Originals

The rumour mill has been kicked into overdrive regarding the next generation of consoles, what with Sony‘s expected Playstation 4 announcement just 6 days away and information leaks ahoy. Some interesting information has come to light regarding the Xbox 720 codenamed “Durango“.

Some of the new tidbits of information include a mandatory Kinect connection for the console to work, along with necessary game installs into the 500gb hard drive, application & game multi-tasking, and a “natural evolution” of the system’s iconic gamepad. 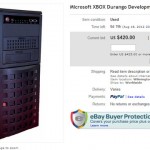 The information comes to Kotaku from a source known as “SuperDaE“, who’s the guy that gained infamy by trying to sell a Durango development kit on eBay last year. Unsurprisingly the sale was blocked by Microsoft… and, ever defiant, SuperDaE has put a “Durango PC” on eBay now – at the time of writing it’s sitting at $45,100 (AUS) with 41 bids.

Of course, as MS won’t confirm or deny any of the rumours, rumours they stay. Nothing is denied either, and everything is subject to change. However as it’s always fun to gossip, we’ll give you a rundown of what SuperDaE has divulged.

Some of the very brief stuff includes Blu Ray compatibility, and the aforementioned 500gb hard drive. However the game install information is interesting – this can apparently be done on the fly as you play your game of choice – this is possible due to the coding methods of the game. Apparently Durango games can be coded in segments, so when the console runs an install it can do it piece-by-piece rather than make you wait ages before you can get cracking.

The controllers though being a continuation of the same design as the 360 ones (same button layout etc) use a “new wireless technology”… meaning that your Xbox 360 controllers will most likely not be compatible with the new console.

Kinect being mandatory for the console’s use means that you’ll have the hardware shipped with the console as standard. Because of this, it’s expected that the majority of titles will use this hardware option as it will be available to all rather than being a peripheral.

The camera is now more advanced too and apparently “always on” – newly patented technology also indicates that the camera may be able to identify individual users, and change out gamer profiles depending on who’s standing in front of it. The camera also tracks more points of skeletal movement for a more accurate motion control experience. 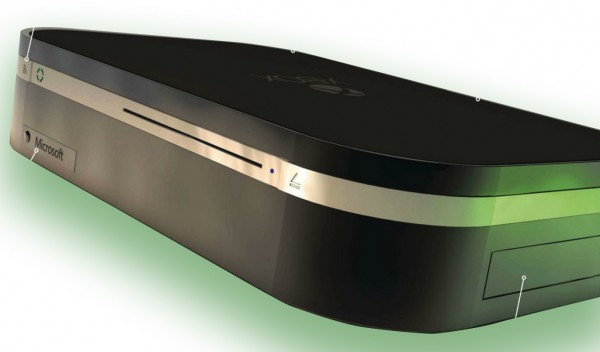 Regarding the new systems’s specifications, there’s been information flying around the internet for a while since the Durango dev kits hit. However the most recent information is getting more and more concrete the closer we get to Microsoft’s “late 2013” release window… so this following information should be pretty accurate.

The next Xbox will have 8gb of DDR RAM with an 8-core (running at 1.6GHz) AMD 64-bit CPU with an 800MHz GPU. The Optical drive will handle 50GB discs, and then there’s that 1/2 terabyte HDD to go with it. The console will also be 3D compatible (if you have a 3D TV, and don’t get mind-numbing headaches using it like I do), and happily the console is brought into the 21st century by having built-in WiFi. So no more having to purchase the costly kit to allow a WiFi connection.

There’s bound to be craploads more information coming out as the days go by – and I’m willing to bet as soon as the semi-official PS4 announcement goes through you might see Microsoft trying to up the ante somewhat, as if reports are anything to go by, Sony’s new baby is a beast in comparison.

What do you think of this new information? Are you more excited for the new Xbox, or new Playstation? Talk to us, dagnammit!

Movie and videogame geek, basketball player, guitarist, waffle connoisseur & expert in being a slacking bastard. You'll find me gaming on PS4 as "SpasmicPuppy" most of the time... I'm addicted to Destiny.
You might also like
breakingDurangoEbay