The cover for issue #1 of Brian Wood and Olivier Coipel’s X-Men has been released, after an agonising week in which the internet tried to decipher the meaning behind the mysterious “XX” teaser.  By which I mean, everyone figured it would be X-Women, and it is. 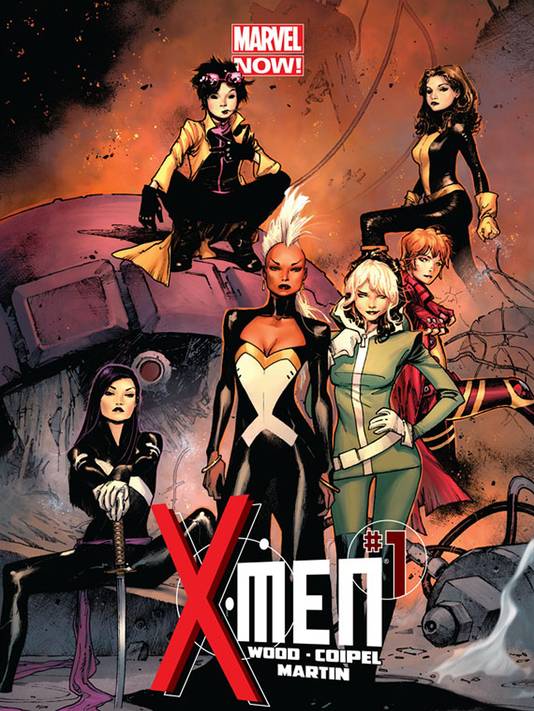 Marvel makes up for the lack of surprise, by having the best lineup in the history of ever.  The main character is Jubilee (eeep!) with Rogue, Storm, Psylocke, Kitty Pryde and Rachel Grey as recurring cast members.  So, this is definitely one that I’ll add to my pull list!

Reports that the male team will be referred to as the Y-Men remain unconfirmed.

At the time of character creation, Laura Maier made the mistake of putting all her points in charm. While this was probably an unwise decision, it's served her well so far. Her power animal is the platypus.
You might also like
breakingkitty prydeMarvel