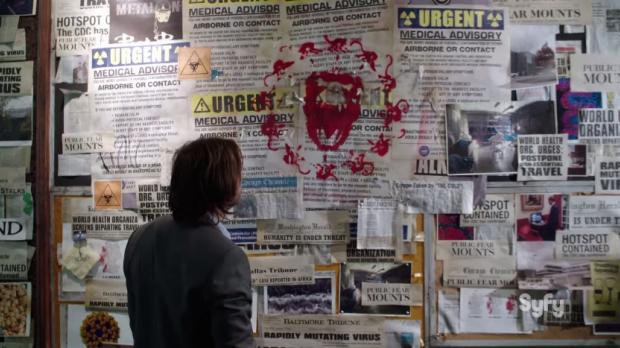 Now I don’t usually get too excited about TV series that are spawned from movies – take Nikita for example. I expected a Luc Besson-like tense action thriller of a series, and I was disappointed. However there’s one that’s piqued my interest, and that’s SyFy’s forthcoming 12 Monkeys.

If you’ve not seen Gilliam’s movie (which is a travesty and you need to correct this grave error NOW), it centers around a biological attack that decimated the human race, forcing it’s survivors to live underground. Believed to be the responsibility of The Army of the 12 Monkeys, and James Cole is sent back in time to try and avert the disaster.

When I initially heard about the series I was very skeptical, but after watching the trailer below I’m quite surprised at how much I’m looking forward to it! Take a look, and tell us what you think.