So what was it? The game that got you hooked and changed your life for the better?

Many games graced my childhood at roughly the same time: Mario, Sonic; Altered Beast, on the Amiga that my brother owned and Zool on my Aunty and Uncle’s Sega Megadrive; a proverbial who’s who of classics; and I played them all! But this article isn’t about my first video game; No dear reader, this article is about that coveted first video game that got me hooked! 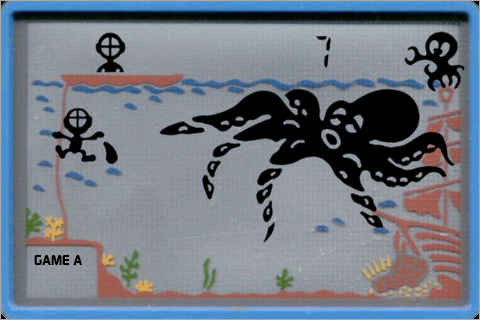 My experience of the video game world started with a small handheld device which featured the recently revived Mr Game and Watch. Mr Game and Watch’s sea vessel had caught fire and it was my job, Nay! My privilege to save the Game and Watch crew by catching them in a life raft. Sadly not the most addictive or interactive experience I have ever had and it got old pretty quickly. The fact that the back ground was painted onto the screen, pretty much gave you finite replay ability and was soon cast to the bottom of my toy drawer forever….  Next! Sonic the Hedgehog. 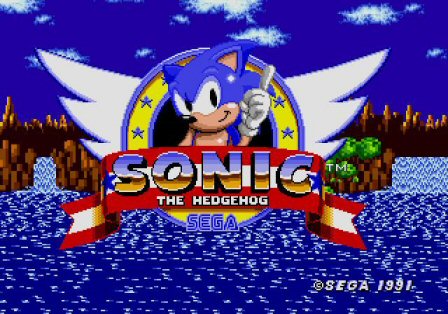 The original game at the time was a masterpiece; fast paced, with a cool likeable character and the levels (that’s right more than one) were challenging to the point of insanity sometimes, especially as this was back in the dark days of no save point! You died and you started from the beginning again…. I get nightmares even thinking about it. How heart breaking it was to get to the last Boss fight, against the evil Robotnik; as he was called back then. (None of this Dr Eggman crap.) When he would swoop from above, smack you squarely in the mush and end Sonic’s last life. In the blink of an eye and after many expletive deleted; where are we? Why back in the good ol’ Green Hill Zone, with what has to be the single most annoying game soundtrack in the history of video games! Luckily back then a minor set back like this would just be taken in your stride and again you would once more, arduously trudge the foetid mire that is Sonic’s world just to face the good Doctor, once more.

Now, when you look back at Sonic, or even attempt to play on of the many revamps of this cash grabbing Hedgehog, you truly come to realise; you never really liked him in the first place and just put up with it because the colours were pretty and it was either that or play Aladdin. (This consequently was actually pretty good; Damn you Sonic!)

With the above in mind it seems rather apt that the next game be Sonics nemesis. So enough of these tepid samples of early pond life, that they call video games; time to bring out the big guns. The Granddaddy of them all and ‘My First Video Game;’ It may not be the first game I ever played but it was certainly the first game that gave me that warm fuzzy feeling of immersion that I still get to day. 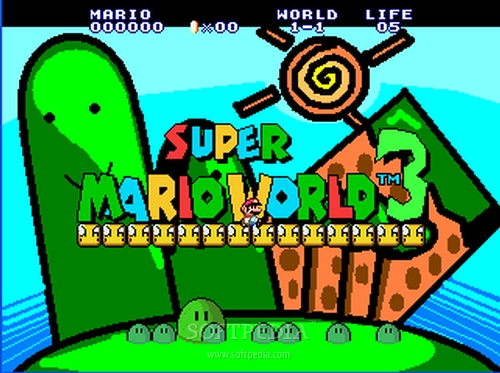 Now before you send out the mobs to lynch me, let me explain. When I was a child I was the youngest by 12 years and as a consequence was at the bottom rung of the game playing ladder, not helped by the fact my older brother was somewhat of a tyrant towards me. The games console was his and so I very rarely got to use it; maybe on the odd occasion I would steal a few glorious minutes when he was out of his room, only to be unceremoniously ejected when he returned. Then one night he went to stay at his girlfriend’s house and to my utter surprise had left his Super Nintendo in the living room with Super Mario World 3 tucked neatly in the cartridge slot!  Apprehensively at first, like Charlie Bucket opening that Bar of chocolate I turned the console on and had my first delicious bite of this ‘Super Mario World’ From that point on I was in love; not only with Mario but with video games in general.

Marios huge array of levels, power ups, enemies you could fight; rather than just animals in robot suits and the colours and environments, were rich and fun; especially for a 2d side scrolling game. A rather well thought out and complex view for a child…… Ok, you got me, maybe that’s a view in retrospect and not one I held back then. If I was to be brutally honest with you there is one reason and one reason only I loved SMW; Yoshi! That little green dinosaur was the best thing I had ever seen, cute, funny and rather handy in a fight; I believe my first question to my parents was “where I can get one?” Alas Yoshi proved to be fictional (its funny how reality and fiction blur as a child) , but he forever stuck with me, in every subsequent Mario game I have been chasing the Yoshi high I had that first time.. I was literally “chasing the dragon.” Alas it was not to be and never again did he emerge in the same way.

But the damage was done, I continued my quest, as the years passed, to get the same high that my first game of SMW gave me; coming across many brilliant titles in my travels. Cant say I have made it yet, but if anything SMW3 has given me a wider appreciation of gaming and exponentially increased my love of the Joy pad art; therefore, and without further ado, I give Super Mario World 3 the accolade of “My first game”

From N.Ireland but now living in Manchester, England; Matt is the founder and CEO of Geek Pride. Interests: Photography, Music, Art, poetry, Military History, Model making and painting and of course gaming (table top and computer)
You might also like
30 Days in GamesAp GamesBen Mason