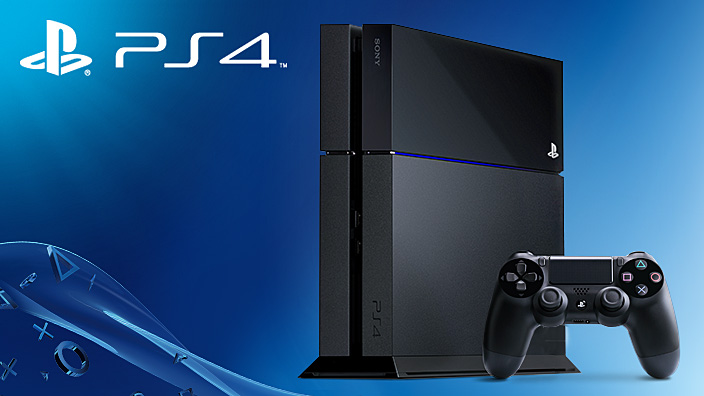 20:00 – Five people, not knowing each other, all sit outside Game in Bluewater whilst resting on their glorious thrones (read: camping chairs), start to have a friendly chat about their hobbies, interests and, of course, the reason they are all there: The midnight release of the long awaited PlayStation 4.

20:01 – I decide it’s probably too early to go and join the queue, as I don’t have the comfiest backside in the world, so I resort to buying overpriced goods from Costa, including a Hot Chocolate with raspberry sauce. Bad idea.

21:30 – The queue had only grown by a couple of people, now sitting on the floor, and I still decided it was too early. Off to go get a smoothie. Another bad idea.

22:00 – My rear hits the cold, unforgivingly hard, marble floor and I unleash the Playstation Vita to keep the girlfriend entertained whilst I try and catch a couple of Z’s. She’s new to video games, and so sometimes it’s quite adorable to watch her face screw up as she falls off the bridge for the 50th time, but it’s gets too much for me; I lean over, hold my hand out as a gesture of help, and get given the Vita to aid her. Happiness all around. Regardless, video games to me have always been something that everyone can experience, whether they are participating or watching, and Sony and Nintendo deliver this in spades. With titles such as Tearaway (which I enjoyed watching almost as much as I enjoyed playing) and any Mario title, everyone can enjoy it. My first gauge of how successful the Playstation 4 is would be the reaction that my other half expressed whilst watching. It was almost time.

23:57 – The line has, as a collective, stood up now, the people at the front of the queue have folded the chairs up now and everyone is anxiously looking at phones to know when they should be allowed in. Everyone has pre-ordered, so everyone has their own allocated number, and this enables you to walk in to the shop, give them your number and they will immediately give you your bag of games and your console. The last few minutes count down and…

The rush, the look on everyone’s faces as they walk out their shop with their brand new console, the excitement. As I got given my games, I checked to make sure I had the correct ones, and I waited for my console. They pass it to me, and I immediately turn around and walk quickly to my car, leaving my girlfriend to walk double time to keep up with me (she only has little legs, bless). We were home by quarter past, and the console was up by twenty past. It is beautiful, elegant and sleek. The minimalistic approach that both Sony and Microsoft took with this new generation are, in my eyes, a lot better than last generations designs, but the Playstation 4 looks special enough so that it can’t easily be mistakes for, say, a VCR. Yes, I went there, but all jokes aside, it stands out more than Microsoft’s effort, whilst not shouting “Hey, look at me, I’m so beautiful!”. I download a few games, and sleep. I have a long day ahead of me tomorrow (technically today, but hey ho).

Featuring a beautiful Parallelogram design, the console is an understated beaut. It features a slot almost half way along the console where it lights up, different colours depending on what is going on. Upon start up it’s blue, otherwise it’s white. Amber shows that the console is on standby. The controllers are also a wonder to hold, featuring an improved feel in the hands, a touchpad and, thank god, better triggers. The general feeling of this console is that they knew they had something amazing with the Playstation 3, but they were fully aware of all it’s downfalls and just simply refined every aspect, leaving a brilliant product.

Four retail games lay in front of me, whispering sweet nothings to me, trying to persuade me to play them first. Killzone: Shadow Fall, Need for Speed Rivals, Battlefield 4 and Injustice: Gods Amongst Us Ultimate Edition. It’s a hard choice, but having come with the console I chose Killzone: Shadow Fall, and marvel in it’s beauty. I’m not here to talk about the games as such, but instead what the hardware enables within those games, and the possible new experiences that can come of it. So whilst yes, the game is beautiful and they changed the way the character feels (in previous Killzone games the character handled like a tank, heavy and cumbersome as opposed to, say, Call of Duty’s characters) the controller plays a massive role in helping the player enjoy the game, and in comfort this time. The positioning of the analogue sticks now prevent your thumbs colliding in the middle now, and the new design of it stop your thumbs from easily slipping off during frantic games. Whilst a small change, it was needed nonetheless. The touchpad, upon Sony first revealing it to the world, was something I was curious about, but worried. Would developers try and shoe-horn touchpad functionality into their games? Well, my initial reaction is yes and no.

Killzone and Injustice have both used the touchpad in some way or another. Killzone has swipes to determine the use of the OWL, a robotic drone. Injustice has swipes for mini games. Whilst neither of these are revolutionary, I’m going to place my trust in Sony and bear with them. Tearaway for the Vita has finally given the handheld a good use for all the functionality the console has to offer, and I’m sure we’ll see the same from the Playstation family in the nearby future.

The Operating System is a wonder to use. Slick, smooth, fluid. Every other word you can think of that means the same. I look forward to being able to use the “What’s New” functionality, the Facebook-esque feature that shows you what your friends have been up to, minis the relationship breakups and pictures of what they had for dinner. The functionality was turned off for the initial European launch to prevent crashes, slow-downs, etc. The Playstation Store was the first application I used, knowing I had a multitude of free-to-play titles to download, including but not limited to DC Universe Online and Warframe. Sony has, arguably, the best first party games, coupled with brilliant third party support and free-to-play titles, there should very rarely be a moment where someone doesn’t have something to play.

This was a social experiment of sorts. I took the console to basically, exhibit to friends, and gauge their opinions. One was our very own Mike Orvis, where we played Injustice for god knows how many hours. Not much exploration of the console itself, was done, but instead we just got on and played games until the wee hours of Saturday morning. Nothing was really said. You could take this two ways; That the console itself wasn’t anything remarkable or the controller was so comfortable yet natural that it didn’t need anything to be said. The Injustice graphics took a mention, saying that they weren’t all that impressive, but a slightly shinier and stable PS3 game never will steal the show.

Saturday night had much more exportation. With all four retail games having a moment in the spotlight, with Need for Speed having a 10 minute test-drive (see what I did there?) and Battlefield 4 having a few Conquest games played, the impressive graphical power that drives the initial batch of games was received very well.

My closing statement? Upon first playing Killzone, my girlfriend (who really isn’t a gamer) heard the name Helghast and immediately recognised it, and from that point on, was interested in the story, most notably the opening gameplay sequence. I started by saying that her reaction would gauge whether the console, and games, had managed to be an initial success. I’ll reiterate that games are not only designed to be entertainment for those playing it, but those watching it, experiencing everything it has to offer. On that basis, I believe it is a success, and I look forward to what the console has to offer in not only the coming months, but the coming years.