A Million Ways To Die In The West 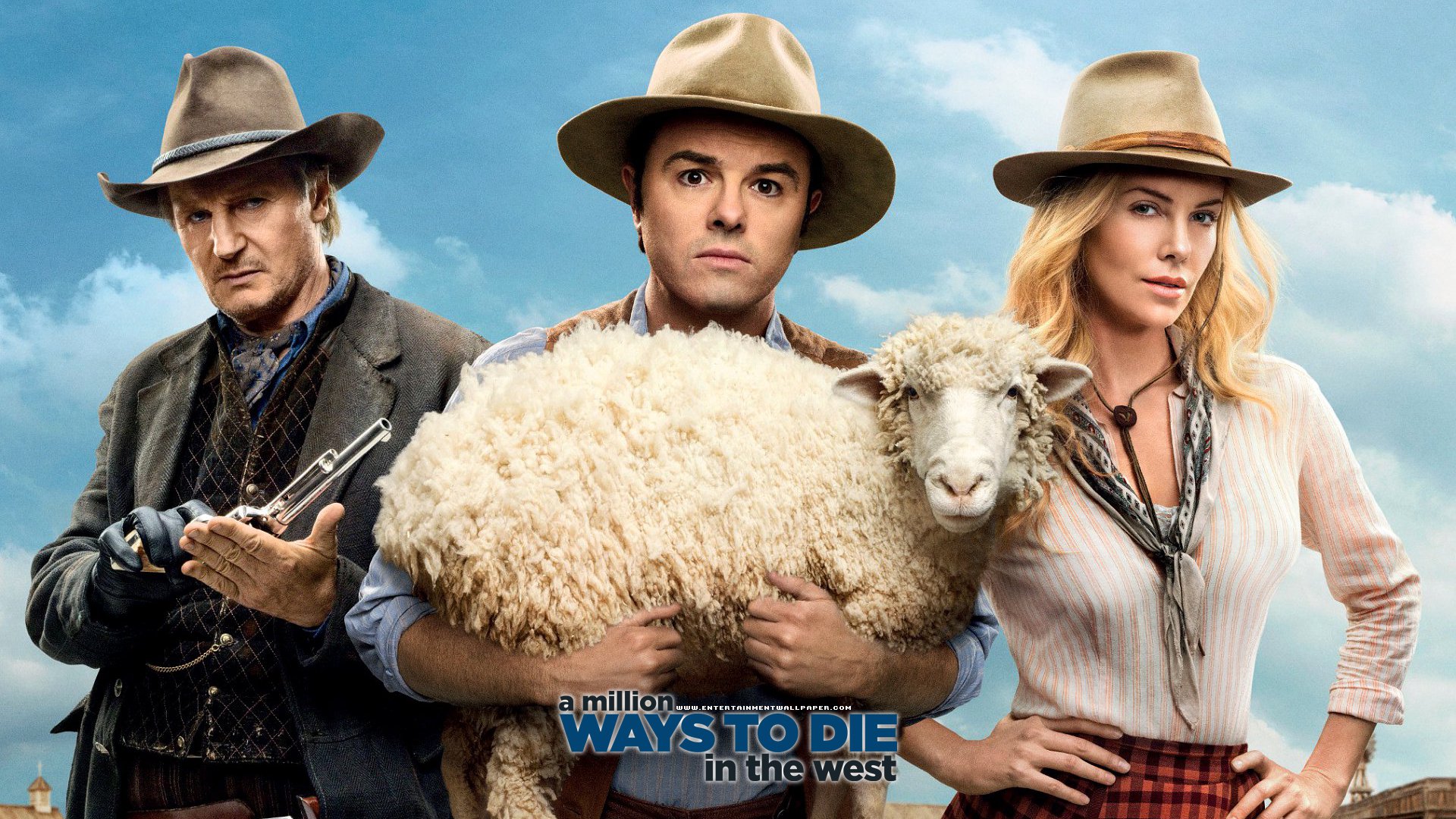 The Wild West Frontier in 1882 is a particularly treacherous place, with snakes, outlaws, diseases and even doctors all trying to kill you. In the small town of Old Stump, this seems particularly true as the population dwindles on an almost minute-by-minute basis. If you’re wanting to see barfights, crushed skulls and gun duels galore, then Old Stump is the place to be.

Seth Macfarlane seems to be tapping my funny bone rather a lot lately, what with Family Guy, Ted and the rest… he’s proving that although some object to his close-to-the-bone off-colour comedy, there are a buttload more of us that enjoy it. Thankfully he’s sticking to what he knows with his latest feature film; A Million Ways To Die In The West, though this is his first proper outing in a starring role.

Macfarlane plays Albert Stark, a down-on-his luck sheep farmer who’s not particularly great at his job, and not very lucky with with the ladies either. Albert gets dumped by his true love Louise (Amanda Seyfried), who then promptly runs off with moustachio’d menace Foy (Neil Patrick Harris). Down in the dumps, and mid-bar fight Albert runs into Anna (Charlize Theron), wife of notorious outlaw Clinch (Liam Neeson)… and what follows is an ill-formed ploy to win back the love of his life.

A Million Ways… isn’t a particularly complicated affair, and although the general storyline is somewhat predictable, it’s the wit, crudeness and general misanthropy that I enjoy from Seth Macfarlane’s work in general. There’s some great moments in the movie, a fair few of which were included in the trailer though unfortunately. They even manage to sneak in a gag about not shearing his sheep enough, and that feels like it could be in a Family Guy episode.

All the cast do a pretty good job, with Seth Macfarlane doing well in his first on-screen starring role – he’s a charismatic guy, even when he’s being a cowardly, clumsy oaf. Charlize Theron is quite likeable as Anna, though Liam Neeson’s role isn’t capitalised on as much as it should. Giovanni Ribisi and Sarah Silverman are awesome, and their back and forth is made all the more hilarious by Silverman effectively coming across as a dirty Vanellope Von Schweetz from Wreck-it Ralph. There are a fair few Family Guy regulars putting in appearances here and there, but there’s one cameo that blows them all out of the water – I can’t ruin it for you because it’s great. In my opinion it’s the best cameo in any movie ever – even besting the great one from Wolverine in X-Men: First Class.

All the music in the movie is typically wild west-ish, with the rousing adventure-like feel to a lot of it, though the moustache song that Neil Patrick Harris instigates, and dances along to mid-way through is pretty damn good. I do think that Macfarlane’s songwriting talents weren’t put to as good as use as I’d hoped… I don’t think I’ve said this about a film before, but I hoped for more song & dance numbers.

There wasn’t a lot I didn’t like about A Million Ways… but it’s not as continually funny as Ted was. There are lulls here and there, but not enough for you to lose interest. Although there’s a bit of action and a couple of good chase scenes, this is definitely more about the dialogue and jokes in poor taste.

All-in-all I’d recommend A Million Ways To Die In The West, but your enjoyment will definitely boil down to your taste in humour. If you’re a fan of Family Guy, American Dad!, Ted etc, then you’ll definitely enjoy it. If you’re not a fan of close-to-the-knuckle humour, then this may not be for you.