previous
Brace Yourselves: Game of Thrones Wine is coming...
random
next
Sons of Anarchy Teaser For Season 7 Unveiled. And It's Awesome.

Del Toro’s adaptation of H.P. Lovecraft’s novella At the Mountains of Madness has been stuck in development hell for several years, but sleeping abnormalities sometimes do come back to life…

At the Mountains of Madness, is a story long considered unfilmable, but it’s one that the director of Pacific Rim, Hellboy and Pan’s Labyrinth has been attempting to get off the ground for several years (even attaching Tom Cruise and his ancient aliens with the force of his vision). However, with a mounting budget, R rating and no doubt a whole shoggoth’s worth of goo and gore, the project provided the studios with an unwelcome existential fear.

Another stumbling block was Ridley Scott’s Prometheus; the amazing sets, the ancient extraterrestrial history, the disturbing themes were all too similar. The project had to be mothballed, sunk to the bottom of the ocean like a lost Atlantis.

That which is dead…?

Del Toro has since said that the film could be revived at Legendary Pictures.

“I said to them: ‘That’s the movie that I would really love to do one day, and it’s still expensive’,” he told the Wall Street Journal.

“I think that now, with the way I’ve seen PG-13 become more and more flexible, I think I could do it PG-13 now, so I’m going to explore it with Legendary, to be as horrifying as I can, but to not be quite as graphic.” 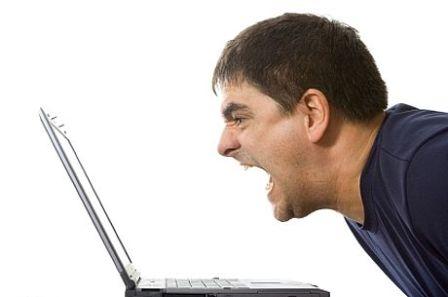 “I’m not sure I agree with this decision.”

This has left some Lovecraft fans oddly dejected. They believe the move to PG-13 in line with studios’ wishes in exchange for bigger budgets has two major problems: Lovecraft’s material has never really been about graphic gore or violence. Lovecraft’s work is marked by the more existential dread of the loss of sanity in the face of insane truth and meaninglessness. His descriptions abound with baffling terms and textures. More than that, it’s the rich atmosphere and mythic grandeur he sticks in there, as well as beasties that are really nothing like anything we know that make his work unique.

Secondly, there’s a bunch of good films in the PG-13 rating band, meaning that with a little creativity, you can actually show – and hint at – an awful lot. The Hunger Games, The Dark Knight, X-Men Days of Future Past, Sixth Sense and The Grudge were all PG-13. Intimidation, hinted-at horrible deaths (X-Men really had some nasty ones), and slime they can do.

While the film may be gradually becoming the Duke Nukem Forever of the cinematic world, del Toro clearly loves the project and reveres the subject matter. That will hopefully be enough to see it through.

I was born very early in my life and now live on a diet of scorn and sarcasm. Follow me @ryezuul
You might also like
at the mountains of madnessguillermo del toroHP Lovecraft