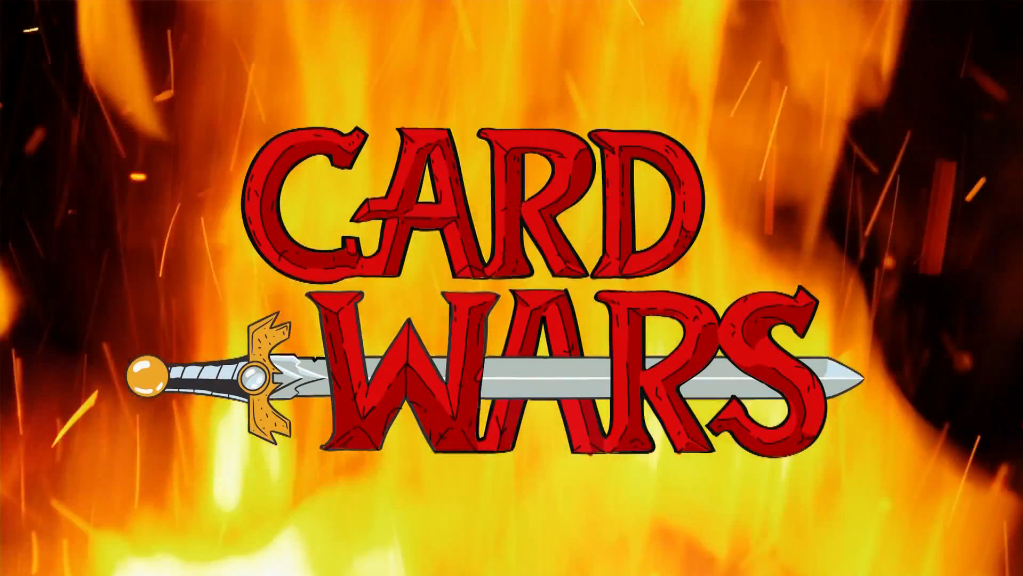 On Friday 14th of February, Adventure Time: Card Wars the iOS version was released, with decidedly little fanfare other than advertisements on Cartoon Network. At £2.49 ($3.99 for our American compadres), it’s not too pricey, until you find out there’s also In-App Items to purchase. I’m sure a more in-depth review will reveal all, but at this early stage the ‘Shameless Cash Cow’ alarms bells are ringing.

Of more importance, Cryptozoic (who’re also responsible for the Assassin’s Creed board game) have finally announced the release of the table top card game version! Hurrah! Scheduled for 19th February, the official blurb on the Crypto website states:

All-new, original artwork features fan-favorite cards from the episodes, plus a host of new ones!

This includes the Husker Knights, Archer Dan and of course, the Pig! Two Collectors editions will be released; a Finn versus Jake box, and another for BMO versus Lady Rainicorn. As it’s being billed as a TCG (Trading Card Game), it would be reasonable to assume that booster packs similar to those for other famous card games (like Magic: The Gathering and Yugioh) will follow. This is a tough tabletop market to break into, so it will be interesting to see how far the license can carry AT:CW.

Something interesting that popped out will be in the inclusion of codes for exclusive ‘surprises’ when entered into the iOS app version of the game. However, a direct source from Cryptozoic on Boardgamegeek.com has stated:

The iOS game (not made by Cryptozoic) and the actual card game both use the same art. Theirs is a single player campaign game. Ours is a real TCG, with more advanced card texts.

This may explain why the physical game was kept under wraps until the app was released.

Excited? Well I know I am, and I can’t wait to get this bad boy on my table and crack it open!