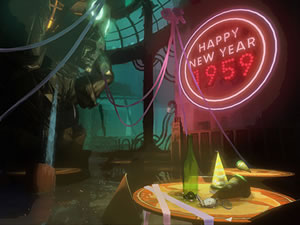 Happy Holidays and welcome to Isometrics, a slanted stare at the literary gaming world. It must go without saying that 2013 was a massive massive year for gaming, a veritable watershed for the previous generation, filled with a mix of great controversy and conflict but also new ways to create, play and interact with the industry, as well as being simply filled with a mountain of fantastic games. Looking back on the year I was astounded how many amazing, potentially epoch-shifting games were released this very year, which of course ended with the much publicised and somewhat catty launches of the next technological milestones in the gaming world, the Xbox One and Playstation 4.

We could look back at this great year but with the huge collaborative Game of the Year post on Geek Pride, anything I’d say on my particular highlights of the year would be largely redundant. Instead, what I want to do is to look ever forward at the potentially bright year for video games that is 2014. With new technology, new design ethics, new business models and more and more ways to get into the marketplace, the future seemingly looks bright on the literary gaming front. And on that note, here are five particular things I’m looking for the industry to do in 2014:

5. Promise not to Abuse the Microtransaction System 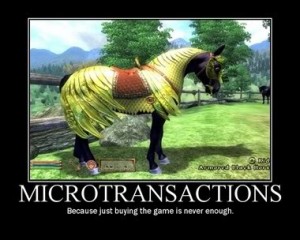 It might be slightly unfair to dub 2013 the year of the freemium game but in terms of acting in the interests of consumers game companies had the scruples of Bill Sykes and the sheer offensive audacity of basically any item of clothing from the early 1990s. Consumers were increasingly fleeced into buying extra content to complete a game experience they paid £45 for in the first place. This isn’t quite a “literary” problem, but it does lead to issues when great narratives end up chopped into tiny little ribbons like a four year old’s paper snowflake in order to steal another £20 in season passes and other DLC. It’s only fifth on this list because it’s not quite universal yet, and the games that abused it didn’t quite get to the level of Mass Effect 3 back in 2012. That said, with the microtransaction frenzy on the brand new consoles proving that it’s not likely to go away soon, I hope game companies try to exercise a little bit of restraint. Just a tiny bit? Please?

4. That games don’t shy away from big issues (and big controversies) 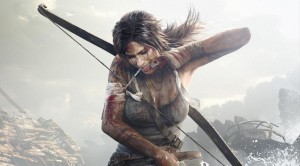 The notion of “games as art” once again returned to the public consensus (one particular article becoming the impetus for me to start this series), and while it goes without saying that gaming is very much an artistic and literary medium, there is one thing that does concern me, and it is a problem with both audience and artists this time – the inability to want to deal with big issues. A great artistic medium can be used to tackle big issues and great ideas, and all too often games tried to avoid anything that might cause a debate at all costs. It’s clear why this is of course – when you have a big blockbuster game that costs over £100 million to make, you want the biggest audience you can get, particularly when the audience has even more avenues to get angry about your game. At the same time though, compared particularly to 2012 with its share of daring, brutally beautiful games, there did seem to be a bit more of a soft touch. Even GTA V, typically a lightning rod for controversy seemed to only attract mild disdain for one particular scene (and the same old complaints it always gets). With some of the upcoming indie games and Kickstarter projects already revealed, there will be at least some daring games coming into 2014. Here’s hoping the Triple A’s will be quite as brave too.

3. That games use the new technology for more than better graphics 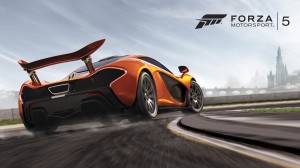 Very pretty, but not terribly new. The Next Gen Launches in a nutshell.

Having seen both the Xbox One and Playstation 4 on display they both look beautiful, even with the obvious software limitations you get at the start of a system’s life. But the thing that makes each generation truly stand out is what is done beyond beauty, where the technology is done to expand the gaming experience wider and further than it has ever been before. The sense of scale and wonder shown in a lot of previewed games is indeed impressive, but will the next generation reveal something truly revolutionary? Time will tell but with interesting games on the horizon such as the delayed Watch Dogs, it’s very possible that the well of invention hasn’t quite run dry yet. 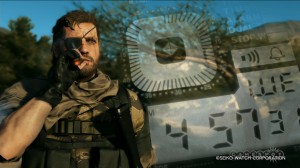 No game has had such realistic watch physics as MGSV!

The game looks fantastic, hopefully the split into two parts is more than a cynical cash grab and will leads to a fantastic, horrific polemic on the psychological effects of conflict in the late 20th century, as well as become a fantastic open world experience. Please Kojima! Please don’t mess this up! 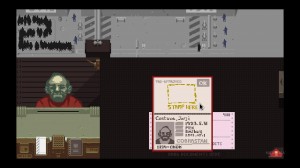 Just… trust me okay? This is deep!

2013 has given us the quirks of The Stanley Parable, the haunting literary bent of Amnesia: A Machine For Pigs, the strange oblique verisimilitude of Papers, Please among dozens of other games that told fantastic stories in new exciting ways. They are the games this series lives for and long may they continue blazing new trails, telling new stories and sharing new ideas with exciting, imaginative and interactive new ways.

These are just some of the many things I’m looking out for, and doubtless I’ll find more and more to talk about every week on Isometrics. Thanks so much for reading the three editions so far, and have a fantastic 2014!

An upstart young literary critic, reviewer, novelist, lyricist, metal vocalist and master of hugs, with a particular tone mixing academic critique with bouncy childish glee.
You might also like
2014breakingIsometrics