Anyone for an All-Female Ghostbuster Reboot? 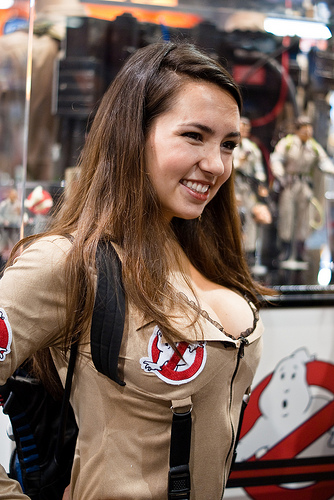 Think you have to wait a long time for the next Marvel/DC mega-sequel? The spare a thought for those poor fans of the Ghostbusters franchise who have been waiting since 1989 for the chance to see their favorite paranormal exterminators return to the big screen. If you are one of those that fall into this proud, slightly slimy, camp, then rumour has it that the wait may be finally over.

A whole bunch of movie news sites are reporting that Bridesmaids and The Heat director Paul Feig is being eyed by Sony, not to helm the much-awaited Ghostbusters 3, but to direct a reboot of the original with “most likely” an all-female cast.

While this is good news for anyone getting bored with the current “girls smell” attitude coming out of Hollywood at the moment, or with a passing interest in gender equality, there have been detractors to this announcement, most notably industry news site Deadline.com who feel that this move would be “tak(ing) Ghostbusters from knuckle-dragging Neanderthals like me who have little else going for us”.

For the rest of us, here’s hoping these rumours are true and that we can avoid unnecessary “I’ve been slimed” jokes in the meantime.