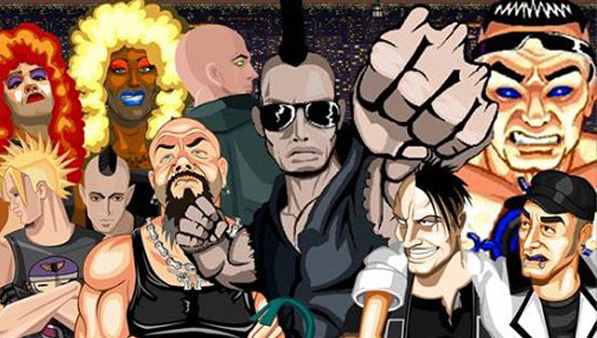 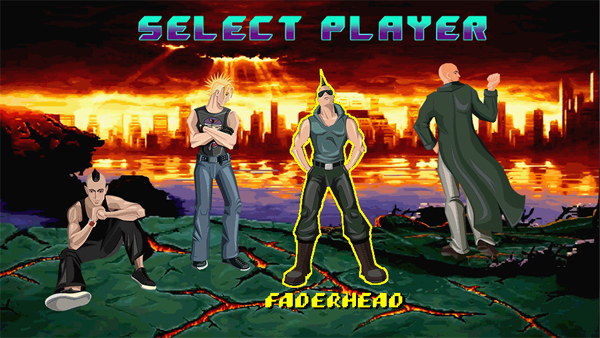 Back in 2012 electronic/EBM music artist Faderhead released the video for their song “Fistful of fuck you”. The video featured the likeness of the singer/musician and the likenesses of other music artists in a side scrolling beat em up which was inspired by Final Fight, Double Dragon and other classic arcade games.

The video was a hit with fans and led to calls for the video to be turned into a playable game. Building games takes time of course, as well as money and a particular set of skills which Faderhead didn’t have. Flash forward to 2014 and fan Trev Nethers contacted Faderhead and offered to program the game using the open Beats of Rage game engine.

Faderhead had this to say about the game:

The game is available for free download from the Faderhead website ,or rather it was, the game has proven so popular it’s crashed the servers with Faderhead posting this message via their Facebook page: 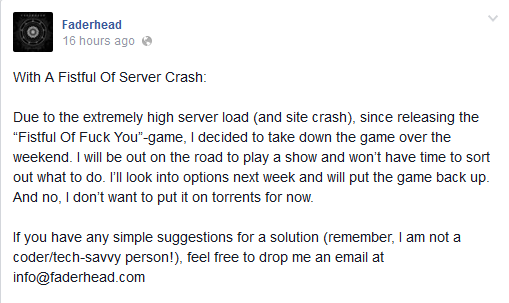 Whilst the game is unavailable for the time being, keep an eye on Faderhead’s Facebook page for updates on the situation and you can check out the video that was the games inspiration here.