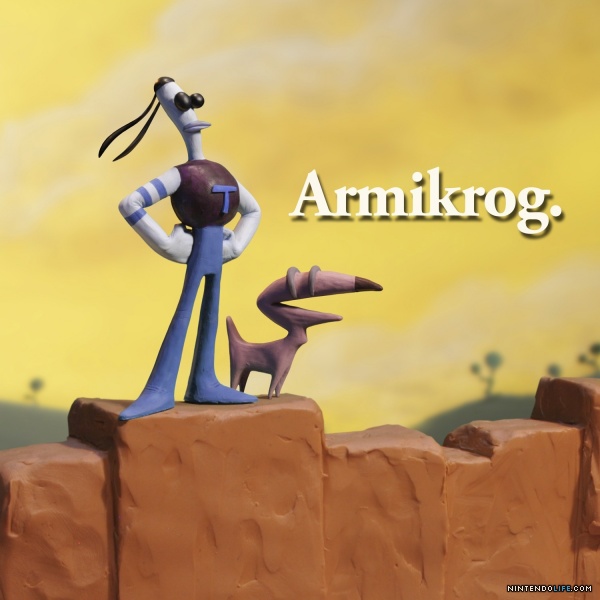 Before I dive into this review, I feel that I should present to you a small portion of my gaming history. I dig point and click adventures. I dig them with a JCB that wakes you up at 7am on a Bank Holiday Monday. I dig them like I’m looking for bedrock in Minecraft.

Monkey Island, Loom, Beneath a Steel Sky, Simon the Sourcerer, Day of the Tentacle and even Leisure Suit Larry. I’ve picked up fish and pans, used breath mints and followed the shopkeeper through the woods time and time again.

I also dig Earthworm Jim, a game which I still jam into the top of my Megadrive when procrastinating in the office and ignoring emails from clients. So you can imagine how swiftly I tore the arm off our fearless leader when the review code for a new point and click game from the creator of that Megadrive mega classic became available. It was pretty brutal. Sorry, Matt.

From the start, let me say how excellent the visuals of the game are. In a time when story and characters seem to be second place to graphics and visuals, it’s a bold move by the developers to opt for claymation. The intro sequence promises many a hoot, and perhaps the occasional full on LOL as the epic theme tune bellows out “ARMIKROG” before we’re treated to a great cut scene of Tommynaut battling with a many eyed beastie.

Then the game begins. I spent the first few minutes trying to wrestle the cursor under control. I played Armikrog on the Xbox One, so can’t comment on the Wii U or Steam controls but on my console they flat out sucked. The cursor would scream across the screen at the slightest touch, with no acceleration or feedback upon finding an item to interact with.

Interacting with items is a hit and miss affair. I’d pick up a lever by clicking on it, then put the lever in a hole by clicking on it. No “use this” or “insert this”, just click… click… click. Later on I did the same thing, but I have no idea where I got the second lever from. In fact, this happened quite often. I had unknowingly acquired an item (almost certainly a stick or a lever) that I would then use on something by accident.

On top of this the screens are large and very flat, so it can be difficult to engage with the puzzles and feel any sense of satisfaction upon solving them. Again it is just clicking on something in the hopes that the item you needed had somehow materialised in your inventory.

Remember the great feeling you had when Guybrush Threepwood gave the Fettucini Brothers a saucepan, and then you got to blast him out of a cannon into a massive tentpole? Or adding parts to your robot amigo in Beneath a Steel Sky? You won’t find any of that here. The puzzles feel like chores, and are often so illogical that I have no hesitation in admitting that I turned to a YouTube guide to speed up the process.

This being said, and gameplay  aside, the humour is spot on. Surreal, charming and often dark it’s paired nicely with the excellent visuals of the game, but the downfall is that this is not a short film. To get to the next funny part or uncover more of the story I have to play a rather broken and joyless game which unfortunately stopped me from seeing the ending before writing this review.

Beautiful to look at, hilarious once you have grafted through the awful puzzles and beaten the cursor into submission, but a sadly lacklustre and flat gaming experience.

Armikrog is available to buy now on pretty much every platform you can comprehend.