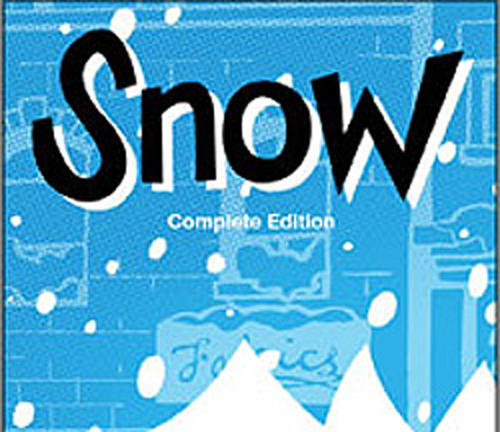 Snow by Benjamin Rivers is an award-winning graphic novel set entirely in Toronto’s Queen Street West neighbourhood. It features the story of Dana, a woman who likes her job, her friends, and the cozy comfort of her neighbourhood but doesn’t deal well with confrontation. The underlying theme of the story is the emotional impact of the changing Queen West area, and how things can change without you even realising it.

Snow has already been the basis of a charmingly old-school point-and-click game, which you can get here. Now through local film maker Ryan Couldrey, the book is becoming a film shot mainly in Queen West Toronto.

The film has already entered production, due to appear in late 2014 and will be available to stream completely free. Although paying to download it or buying the Blu-ray will result in all money going to The Princess Margaret Cancer Foundation and you’ll get other cool stuff too, not just the film.

Couldrey is making this completely independently; no investors, no kickstarters, no grants. Just passionate, dedicated & talented folks creating something.

For more details on Snow the film CLICK HERE