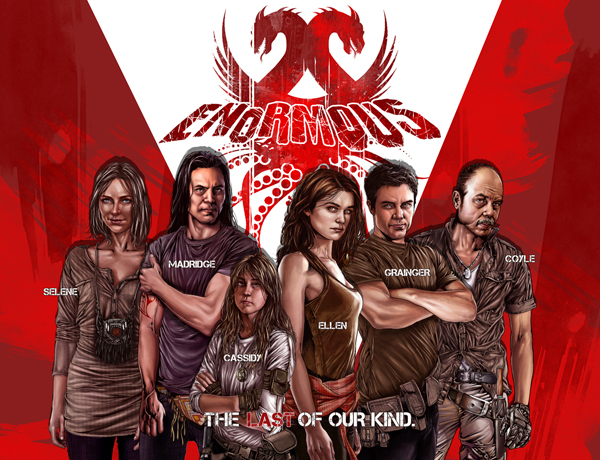 Enormous first appeared in 2012 as a large-format one-shot which made an impression with both comic fans and critics. It made such a good impression on producer Adrian Askarieh that he approached writer Tim Daniel at SDCC and a web series is soon to appear from Machinima. It was also recently announced that Enormous would be returning for an on-going series from 215INK starting in June 2014.

The comic tells the story of the aftermath of a vast ecological cataclysm which has spawned colossal beasts unlike anything ever witnessed. Mankind is facing imminent extinction and life swiftly becomes a hunt or be hunted battle for survival. Ellen Grace leads the only remaining North American Search & Recovery Team through the deadly giant monster infested streets of Phoenix and soon discovers though that her fellow humans may be even more dangerous than the gargantuan beasts using the city streets as a hunting ground.

Enormous is written by Tim Daniel and will once again feature the eye popping digital art of Mehdi Cheggour. Here’s an advance preview of issue#1. 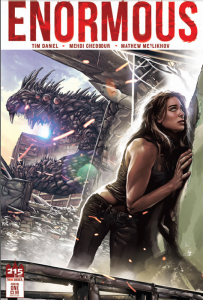 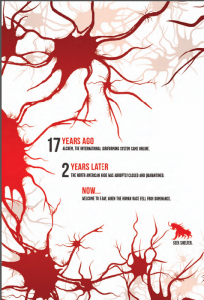 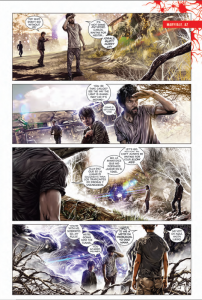 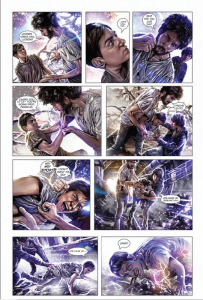 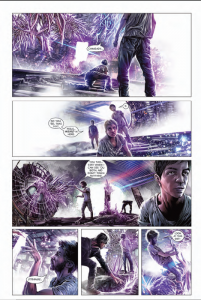 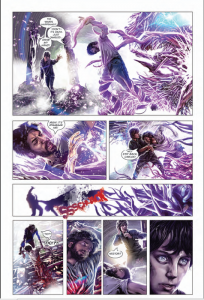 Andy Haigh started writing to counteract the brain atrophying effects of Retail Hell, now it's an addiction. Andy is an unrepentant sequential art absorbist and comics are one of his passions. Other interests include Film, Music, Science Fiction and Horror novels and quality TV like Game of Thrones. He can talk about these at great length if only someone would listen. He lives a somewhat hermit like life in The Shire, spends too much time on social media and is still waiting to go on an adventure.
More Goodness
breakingcomicsEnormous