previous
BOOM! Studios Set to Bring Cult Classic Escape From New York to Comics
random
next
WW1's 100th Anniversary and its influence on JRR Tolkien and The Lord of the Rings
Books and Comics
0 likes

Big changes are afoot for Barbara Gordon. Gail Simone has left the book due to creative differences and writers Cameron Stewart and Brenden Fletcher, along with artist Babs Tarr, have been brought in to give Batgirl a more light-hearted tone- which is what Gail wanted to do, and was the whole reason she left the book in the first place… I’m not sure if that’s irony or just bad timing…

As befits a changing of the guard, Barbara has also got a brand shiny new costume. As Geek Pride’s newly-self-appointed Fashion Consultant, it has fallen to me to examine it and report my findings. 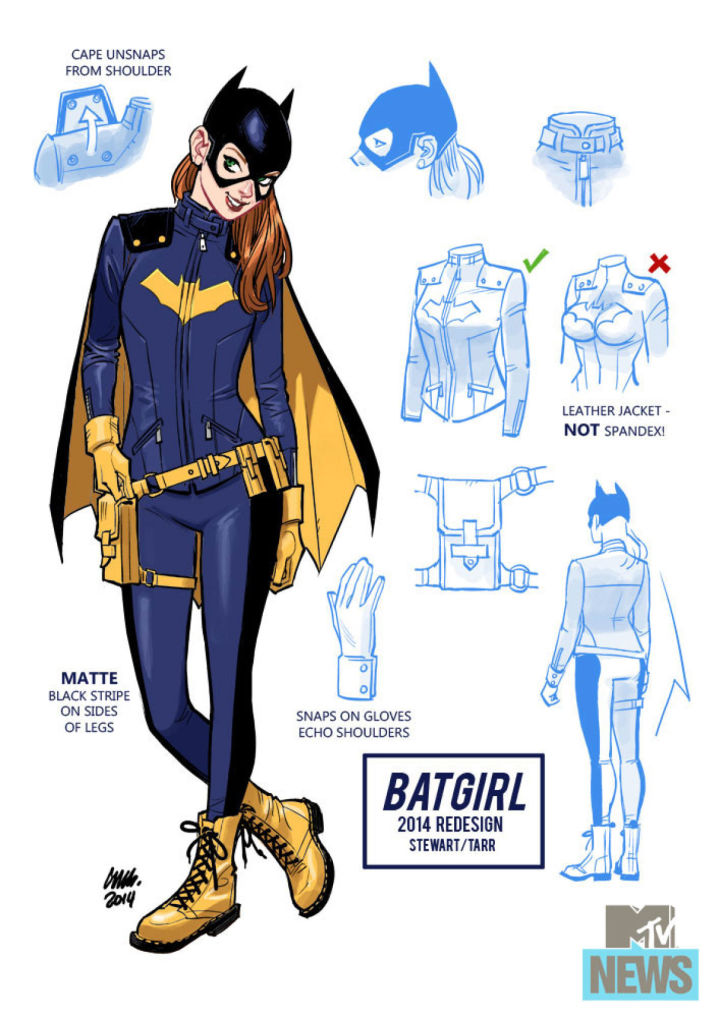 First off, I have some misgivings about this costume, mostly in how young it makes Babs look. As a hardcore Oracle fan, I would really like to see her move forward- not necessarily all the way back to the chair, but at least taking steps towards being an intellectually confident leader like she was in Birds of Prey. The move from standard Bat-issue kevlar-esque super-fabric to a leather jacket and leggings makes her look closer to sixteen than twenty-one, which I find a little unsettling.

But that’s the only downside, as far as I’m concerned. Marvel’s been seriously outdoing DC in terms of character designs and redesigns- from Miss America’s “just threw it together” look, to Ms Marvel’s battle-burkini, to the new Captain Marvel’s homage to the original- all of these new outfits have an immediately iconic look, are practical, and perhaps most importantly make the heroines look gorgeous without the need for borderline-indecent costumes. And with this Batgirl redesign, DC are showing that it’s not just one company’s style, but a new trend we can expect to see more of in modern and future comics. 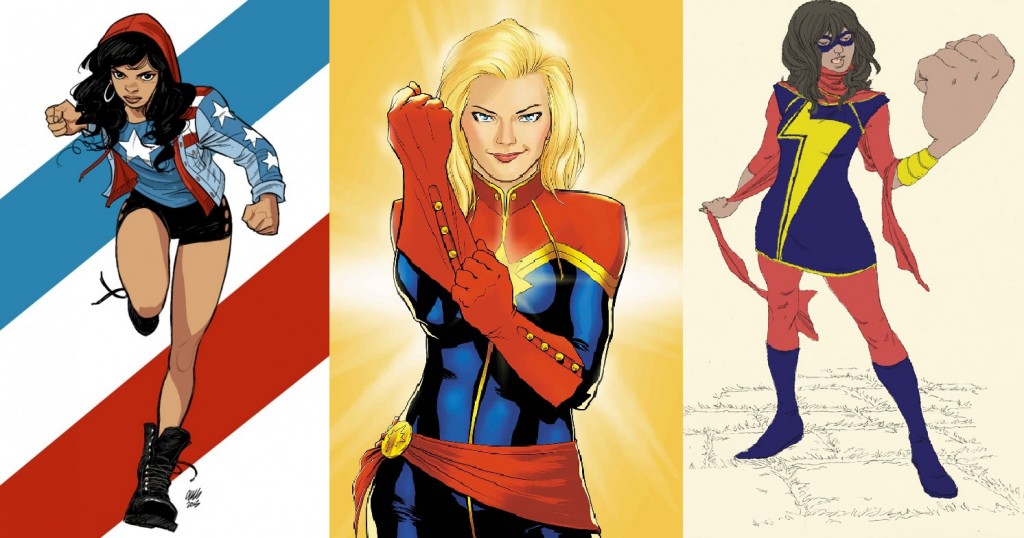 But enough backstory, let’s get to the good stuff!

Cowl
Her ears are no longer concealed by the cowl! This seems like a minor adjustment, but as anyone who’s ever cosplayed a becowled character will confirm, those things can seriously limit your hearing. Bad enough when you’re trying to buy limited edition figurines on a con floor, even worse when hearing someone sneaking up behind you is a literal matter of life or death.

Cape
If we learned one thing from The Incredibles, it’s that families stick together no matter what. And if we learned two things, the second would be that CAPES ARE ALWAYS FATAL. So it’s good to see that Babs has modified the badass deathtrap into something that can unpop in a pinch. It’s shorter too, which may mean it doesn’t serve as a glider anymore (although with ComicTech™, anything is possible) but again, will be less likely to get trodden on, or caught in revolving doors.

Fabric
Being a longtime admirer of other women’s boobs, I’d be lying if I said I objected to the “spandex contoured to perfectly outline ridiculously perky breasts” style of comic book artistry. That said, I’m well aware of the ongoing dissent towards the over-sexualisation of superheroines, and it’s good to see that DC are aware of it too, and are taking steps to ensure that their characters are sporting more realistic outfits. One minor quibble though- that leather vs. spandex comparison? Spandex doesn’t stretch like that on a human body either. I’m 80% sure no fabric does. Don’t blame decades of jaw-dropping comic-boobs on spandex. Spandex is innocent in this.

Pouches
I love pouches. I love pouches so much that I am constantly trying to convince people that they are an acceptable alternative to handbags. Pouches are practical and cool. One of the things I loved most about Stephanie Brown’s Batgirl costume was the pouches; and one of the things I hated most was that the pouches were around her leg, where they would keep slipping down. Barbara’s pouches, however, combine Batman’s utility belt with Steph’s weird garter-pouches, to give the garter-pouch the support it needs to stop Babs having to stop every few paces to tug her leg pouches up and curse.

Boots
I would like to go on record here as stating that I am in favour of any costume that ends with a GIANT pair of Doc Martens. I really like the attention to detail here, as they’ve included the yellow stitching that marks them as real DMs, and not mere knockoffs. Which is good, because knockoffs will fail you at the worst possible time, which in Babs’ case would probably be during a rooftop chase, or while dodging gunfire. The boots are also awesome from a cosplayer’s perspective- no more tottering around conventions in heels! Hurrah!

My verdict? A solid 9/10. The costume makes Barbara look like the teenage sidekick she was in the 1970s, but it makes up for that with practicality, charm and cosplayability. Careful, DC. You might make me start loving you again.

At the time of character creation, Laura Maier made the mistake of putting all her points in charm. While this was probably an unwise decision, it's served her well so far. Her power animal is the platypus.
More Goodness
Barbara Gordonbatgirlbreaking