previous
The Clockwork Princess Manga is out!
random
next
Batgirl's New Look
Books and Comics
0 likes 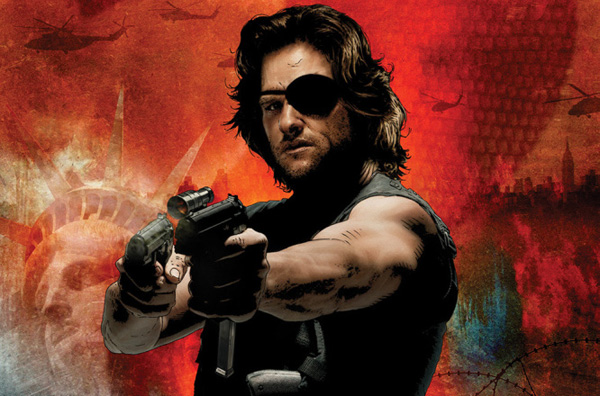 Following on from their recent Big Trouble in Little China title, publisher Boom! Studios is bringing another of cult director John Carpenter’s classic films to comics – Escape From New York.

For anyone who hasn’t seen it, Escape From New York is set in a dark future where, in a crime ridden U.S., Manhattan Island is now a walled off max security prison of sorts where the inmates are left to fend for themselves. When Air Force One crashes inside the perimeter, one-eyed ex-soldier-now-bounty hunter Snake Plissken, played in the film by Carpenter fave Kurt Russell, is given 22 hours to rescue the President and recover the sensitive documents he has on him.

The upcoming comic will be written by Christopher Sebela with an artist yet to be announced. Covers by Tim Bradstreet and Riley Rossmo have been released, both featuring different takes on Plissken. Whether the comic will feature other characters from the film remains to be seen.

Andy Haigh started writing to counteract the brain atrophying effects of Retail Hell, now it's an addiction. Andy is an unrepentant sequential art absorbist and comics are one of his passions. Other interests include Film, Music, Science Fiction and Horror novels and quality TV like Game of Thrones. He can talk about these at great length if only someone would listen. He lives a somewhat hermit like life in The Shire, spends too much time on social media and is still waiting to go on an adventure.
More Goodness
BOOM! StudioscomicsEscape From New York