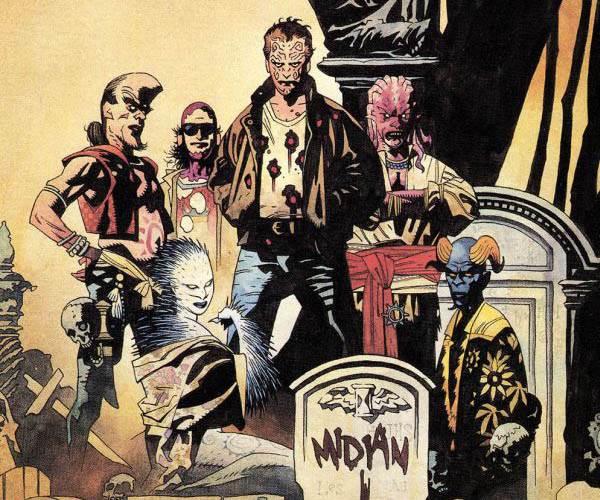 Nightbreed, based on the novel ‘Cabal’, by critically acclaimed horror master Clive Barker, is coming to the world of comics.

Boom! Studios, the home of other Barker oriented titles, such as Hellraiser and Next Testament, will be resurrecting the Night Breed for a new on-going series starting in May.

Cabal, on which Nightbreed (and the cult film sharing the same name) is based, introduced the city of Midian, a vast necropolis and a place where monsters live and are accepted. The novel and film introduced several memorable and visually striking characters like Shuna Sassi, Lylesburg, Kinski and Peloquin, alongside the story’s protagonist Boone, soon renamed Cabal.

The new Nightbreed comic will feature writing from  Marc Andreyko and art from Piotr Kowalski. Andreyko had this to say regarding his writing approach:

‘I’m writing the book to be both fully accessible to new readers and hit the spot for long-time fans of the property. The pitch: Monsters are real and they live in our world. Some in plain sight, others find refuge in the ancient city of Midian. “Nightbreed” will chronicle tales—past and present—of these creatures and how they survive in a world that hates, fears, and wants to destroy them. From ancient Greece to colonial America to the world of today, there be monsters here. ‘

The world Barker created is ripe with potential for further exploration, with Andreyko also saying this regarding the initial story and fan favourite characters:

‘The first few arcs chronicle origins and how the characters came to find Midian. All of this has a through line that will lead up to a big reveal down the road. And, as far as developing them, I’m taking what Clive created and extrapolating, expanding, and filling in “lost tales.” And yes, Peloquin is in issue #1.’

Andy Haigh started writing to counteract the brain atrophying effects of Retail Hell, now it's an addiction. Andy is an unrepentant sequential art absorbist and comics are one of his passions. Other interests include Film, Music, Science Fiction and Horror novels and quality TV like Game of Thrones. He can talk about these at great length if only someone would listen. He lives a somewhat hermit like life in The Shire, spends too much time on social media and is still waiting to go on an adventure.
More Goodness
BOOM! StudiosbreakingCabal