previous
They're He-eere!! Independence Day #1
random
next
Review of Doctor Who: The Ninth Doctor #1
Books and Comics
0 likes

by Andrew Corban on 12/04/2016
Details
PublishersComics
By

+Nice little references to the games.

-Struggles to relate to the source material.
-Not Dark enough.

It's an ok fantasy comic. But Dark Souls it ain't. 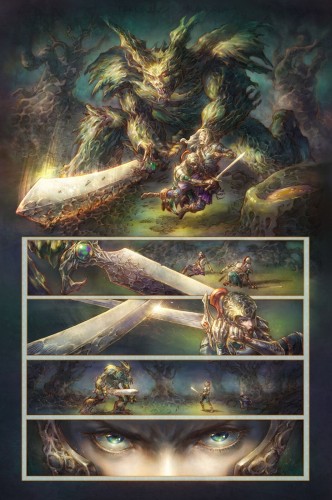 That armour is more Skyrim than Undead Burg