Deadpool is getting hitched!

Marvel, ever the tease, closed 2013 by releasing this image to the media – that’s right we are going to have Marvel wedding in April and if this invitation is to go by, it’s going to be bloody one: 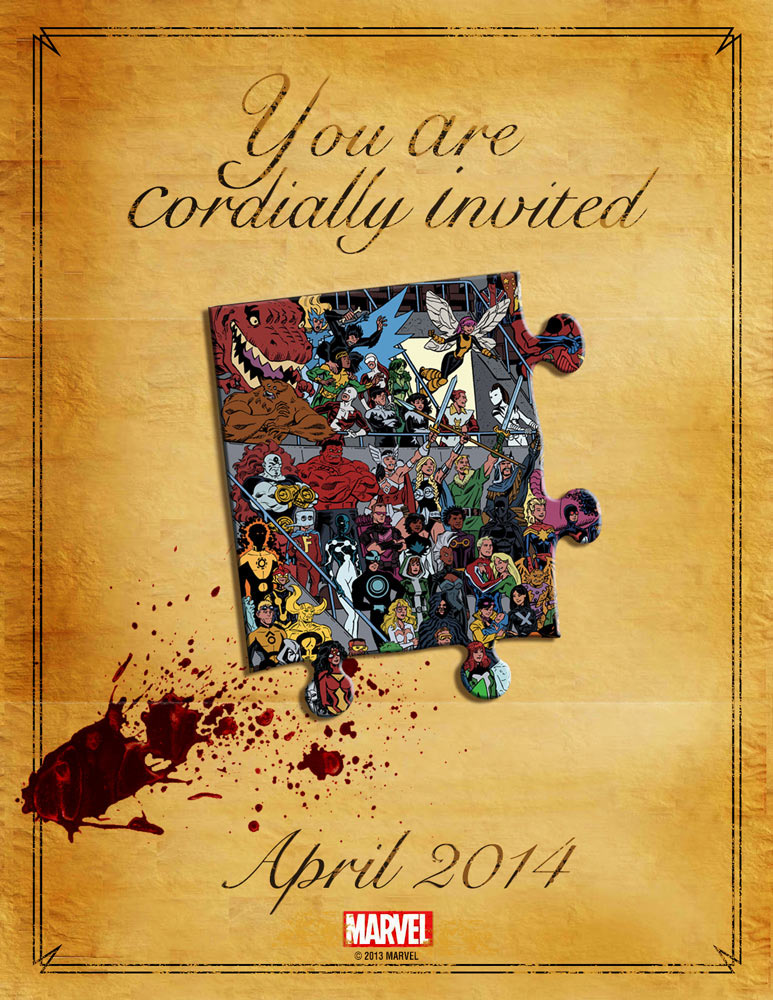 Today they have put us out of our misery and announced that the groom will be our very own Merc with a Mouth, Deadpool – which kinda explains the blood splatter.

Nerdist got the exclusive reveal and to chatted with writer Gerry Duggan, who confirmed that it all started as a gag and they just went with it..

[quote]The honest answer is that it was written into a Deadpool story, but more or less as a gag, and Jordan D. White, the editor, was like a dog with a bone. He was like, “No, no, no – this is going to be a big deal.” You know, we wrote it, so it’s not like we weren’t behind it. The fun thing has been – after his misadventures, I guess you’d call them, in North Korea, in the story arc “The Good, the Bad, and the Ugly,” he learned a lot about himself and why he is the way he is. He doesn’t really have too much of a life. Yes, this is a knee-jerk reaction from a wounded guy to go out there and sort of do something crazy to sort of jump start a life, but there is a real emotional reason for doing it, so I think that will be the part that will resonate. Then the actual gags of the wedding will be fun too, but there is a real grounding to it, and that’s what will make it fun to explore.[/quote]

The reveal was accompanied with this rather amazing illustration filled with every character you probably think of and more; including the creative team behind the comic:

No word yet on who the (un?)lucky girl may be or whether it will stick, but at a Deadpool wedding there is sure to be some blood, fun and mayhem.

Deadpool #27 coming to a comicbook shop near you, this April. 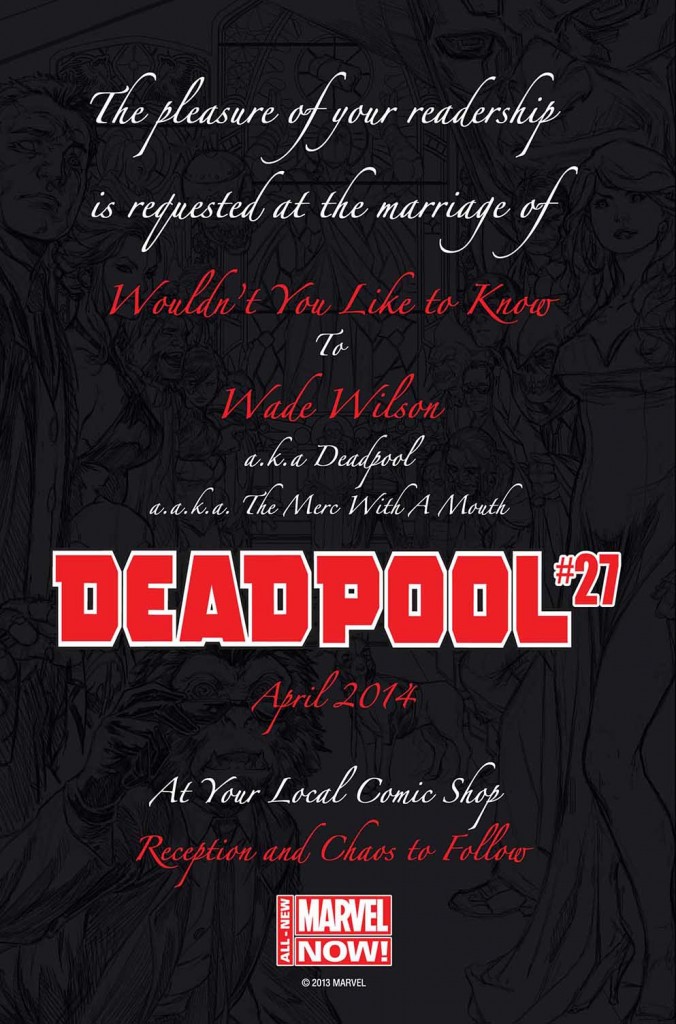 Read the full interview with Gerry Duggan at the Nerdist

Editor and occasional writer for Geek Pride! I prefer Star Trek over Star Wars, collect comics and wish I could be a superhero one day. I tabletop RPG as well as a little gaming, design the odd t-shirt now and again, update my Geek Parenting Tumblr and when I have cash to spend (which is rare) I scour the internet for Wonder Woman collectables. Also Doctor Who and Firefly rock!!
More Goodness
breakingcomicsDeadpool