Ex-WWE Wrestler CM Punk (Real name: Phil Brooks) has traded in spandex for a pen as he joins up with Marvel as a writer for February’s Thor Annual #1. Phil Brooks may have been the best in the world as a WWE Superstar but now he’s teaming up with artist Rob Guillory in an attempt to tackle the God of Thunder. 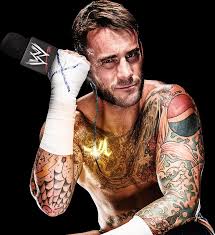 In an interview with Marvel, Brooks told of how he is learning on the job so to speak with this being his first attempt at writing a comic-style script and that it was also Guillory’s debut for Marvel as well.

‘This is the first time Rob Guillory’s ever worked for Marvel, so I think that’s pretty exciting. And I think he wants to tackle certain things in a different, almost selfish way—kind of the same way I do, you know? Like, technically this is my first comic book writing assignment, and I’m writing Thor, which is pretty heavy. It’s not an independent. It’s not an offshoot story. I’m writing Thor, one of the Marvel heavy hitters. They make movies about him now, if you didn’t know. And I think we’re both almost looking at it like, “Man, if we never get another assignment from Marvel, then we have to write and/or draw as many Marvel characters as we possibly can!” And I think this kind of gives us the freedom. I think we’re kind of under-the-radar, and there’s not really a whole lot of pressure on us to deliver some sort of a magnum opus as a 10-page backup story in an annual, so I think we have a lot of freedom that could be really fun.’

Whilst it’s clear CM Punk is in awe of writing a story for one of Marvels big characters, Thor wasn’t his first choice. In fact as far back as 2011 he had his eyes set on writing for a different Marvel super hero, The Punisher.

‘I think,my original pitch to Axel Alonso in 2011 was, “Let me write Punisher.” In my mind, for some odd reason, I’ve just got this Punisher story in my head, and I think it’s super, super awesome. I can read Jason Aaron’s Punisher and everybody else’s [take on the] character and it’s good, but I think that my Punisher story is pretty badass. So everything I do for Marvel is going to be leading up to, “Please just let me write my Punisher story.” So until they let me do that, you’re gonna get all kinds of other stories about all kinds of other characters until they satisfy this need I have to write Frank Castle.’

As an aspiring journalist I have found a home here at geek-pride, where I can write upon many subjects. If anybody has something they believe should be reviewed or newsworthy then feel free to send me a message, I always enjoy talking to people.
More Goodness
breakingChris HemsworthCM Punk