Ideal for new readers wanting to try it out.
Brubaker and Phillips at their best.
Great characters.
Great story.
Some of the best art in comics.

Waiting for the next issue.

Colorado 1883,’Black’ Bonnie Smith has a gift or a curse depending on your point of view and this is her tale.

The second of the stand alone issues featuring different characters from the on-going story is another example of why Fatale continues to be one of the best comics around.

Switching the setting to the Wild West, the focus of this tale ‘Black’ Bonnie has lived many lives, following an encounter with a fortune teller who told her she would ‘die three times’. Since the first time she’s been a wife, a nun, a singer, a mother, a prisoner and now an outlaw. 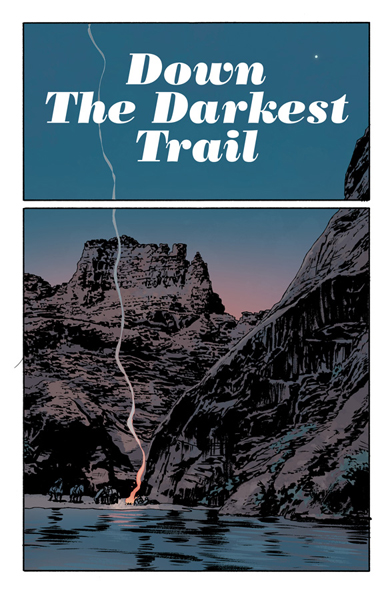 That’s just one of the great character touches here, things really take a twist when Bonnie meets a mysterious Native American who is immune to her ability to control men. Bonnie soon discovers that the Native American known only as ‘Milkfed’ is in the employ of Professor Waldo Smythe and soon the trio head out on an adventure packed with intrigue, horror and genuine emotional punch.

There’s a prevailing idea that stand alone comics in an on-going title are just filler, something hastily hashed out before getting back to the good stuff. Fatale is one of several titles that proves just how untrue this idea is. In the space of one issue Brubaker creates not only a core of likeable, intriguing and layered characters but also crafts a great story too. There are so many great character touches, Bonnie ‘had killed more men than she cared to count’ despite being a lousy shot (the rest of her gang do the shooting) or the tale behind the first time she realised she could control men or the way Milkfed genuinely astounds her by being the first man who hasn’t fallen under her thrall since she discovered it. 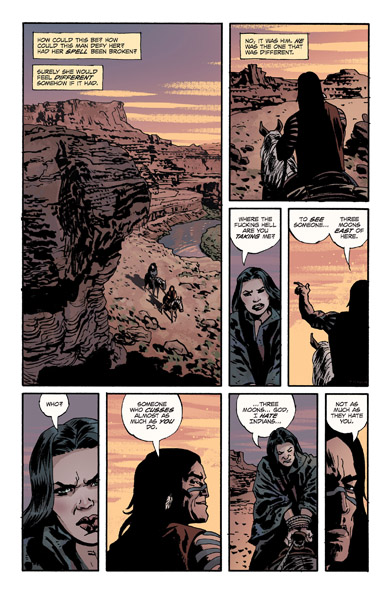 These aren’t throw away characters and you don’t want their story to end.

Then there’s the story quirks straight out of pulp tales, like Waldo using an eye in a jar as a way of determining the location of an item he’s searching for and the downright creepy weirdness that is running through every issue of Fatale, like the former owner of said eye and the idea of a lighthouse in the middle of a prairie.

All this would be great on it’s own but Sean Phillips art just makes everything click together even more, from panel arrangements, to character designs, lighting and the infrequent but brutal violence . There’s a reason why Brubaker and Phillips are known as one of the best partnerships in comics.

As great as Phillips art is credit should go Elizabeth Breitweiser for her great use of colour, often colourists are the unsung heroes of many a comic and the subtle colour palette here really brings the story to life.

If that isn’t enough awesome almost every issue features an article on pulp noir history or something similar by a new writer every issue.

Andy Haigh started writing to counteract the brain atrophying effects of Retail Hell, now it's an addiction. Andy is an unrepentant sequential art absorbist and comics are one of his passions. Other interests include Film, Music, Science Fiction and Horror novels and quality TV like Game of Thrones. He can talk about these at great length if only someone would listen. He lives a somewhat hermit like life in The Shire, spends too much time on social media and is still waiting to go on an adventure.
More Goodness
comicsEd BrubakerImage Comics