previous
The Witcher Saga
random
next
The Six-Gun Tarot: aka "Cowboys and Injuns and Elder Gods, oh my!"
Books and Comics
0 likes

-May be a bit juvenile for some readers

Beddor is highly talented and has quite an imagination to take the stories and characters established by Lewis Carroll and not only expand on them, but make them all his own. While the books do target a younger audience, there is plenty for older audiences to enjoy as well. Great for fans of fantasy and steampunk alike. 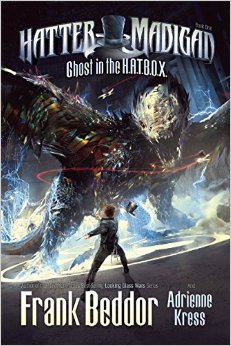 I am straight edge and a freelance writer currently working for several sites. I also do personal training. Currently, you can see my weekly WWE Smackdown recaps on CamelClutchBlog.com, video game reviews on BurningAngel.com (warning: although I only write game reviews there, it is an adult entertainment site) and mostly wrestling-related stuff on Man Cave Daily (mancave.cbslocal.com).
More Goodness
booksFrank BeddorHatter Madigan