Great primer for the return of Heroes with some excellent interviews about the production process.

Some insight into the back-story of Heroes would have been nice.

Heroes: Reborn, the Event Magazine is an intriguing magazine that existing Heroes fans will enjoy, as well as acting as a useful primer for those new to the series. 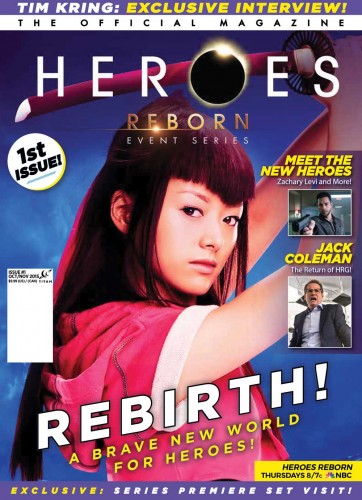 Science Fiction: the final frontier. These are the articles of the freelance journalist Peter Ray Allison. His continuing mission: to explore strange new realms of fiction, to seek out new genres and new visions of the future, to boldly geek where no one has geeked before.
More Goodness
eventHeroesHeroes Reborn