previous
Nancy in Hell comes to TV, hopefully
random
next
Snow in Hell, by Sophie Sparham
Books and Comics
0 likes

An ongoing exploration of the character of Dredd and how the work of Mega City One continues to evolve after the events of Chaos Day.

Structurally confusing, due to sudden scene changes and time-lapses

Titan is a fantastic storyline, showing a more embittered Dredd, as the series continues to address his ever increasing age. 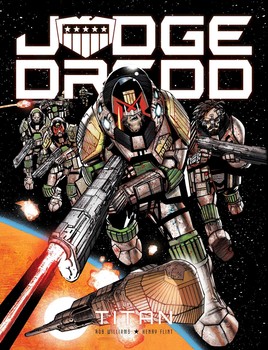 Science Fiction: the final frontier. These are the articles of the freelance journalist Peter Ray Allison. His continuing mission: to explore strange new realms of fiction, to seek out new genres and new visions of the future, to boldly geek where no one has geeked before.
More Goodness
2000ADHenry Flintjudge dredd