previous
Crowdfunding the highs and the lows of being a backer - a cautionary tale.
random
next
Strong In The Force: Marvel Drops Sneak Peek at Star Wars #1 Variants
Books and Comics
0 likes 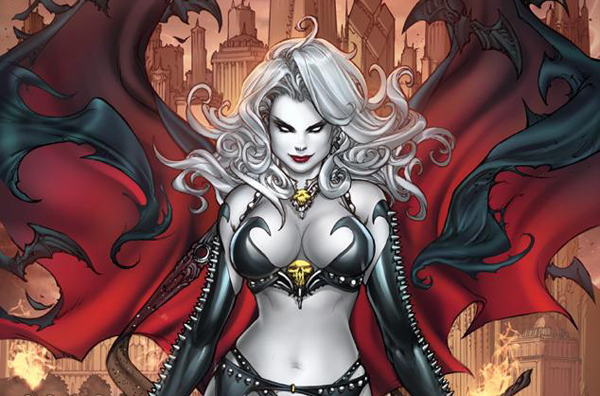 Lady Death the queen of Bad Girl comics was created by Brian Pulido and first appeared in Eternity Comics’ Evil Ernie #1 in 1991 before appearing in her own solo title in 1992 and she is set to reappear in 2015.

Lady Death has had an erratic publishing history with Avatar owning the rights since 2005 and recently relaunching the title under their Boundless imprint before it disappeared. Now creator Pulido the former head of Chaos! Comics (most characters are now owned by Dynamite) is planning on bringing Lady Death back via his new Coffin Comics venture after reaching an agreement with Avatar. The character will be the focus of a new supernatural universe and will have a revamped look as shown in new art by Paolo Pantalena and Ula Mos.

The news was announced at NYCC with Pulido stating

“The future looks bright for my dark diva. I’m excited to reveal the next chapter in her undead life.”

The character, arguably the progenitor of the whole Bad Girl comics subgenre in the 90’s, has built a cult following over the years being popular with cosplayers and being the subject of an animated film released in 2004.

Andy Haigh started writing to counteract the brain atrophying effects of Retail Hell, now it's an addiction. Andy is an unrepentant sequential art absorbist and comics are one of his passions. Other interests include Film, Music, Science Fiction and Horror novels and quality TV like Game of Thrones. He can talk about these at great length if only someone would listen. He lives a somewhat hermit like life in The Shire, spends too much time on social media and is still waiting to go on an adventure.
More Goodness
Brian Pulidocomicsnews