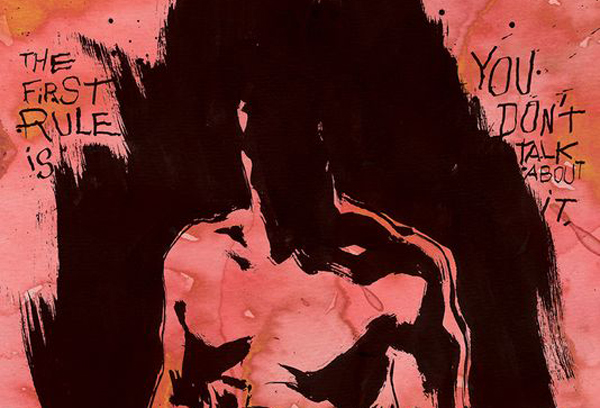 The comic, set to appear from Dark Horse in 2015, will be a follow up to the story that was adapted for the 1999 film directed by David Fincher that became a cult hit. Fight Club told the story of an unnamed insomniac narrator, his violent id come to life in the form of Tyler Durden, and an underground society built on bare-knuckle fighting and spreading anarchy.

The comic, which will have Cameron Stewart on art duties, will be set a decade after the ending of the original story, where the protagonist is married to equally problematic Marla Singer and now has a 9-year-old son named Junior, though the narrator is failing his son in the same way his dad failed him. The story will also feature Project Mayhem which Junior is somehow tangled up in.

Palahnuik has also given this rather cryptic statement regarding Tyler Durden,

“Tyler is something that maybe has been around for centuries and is not just this aberration that’s popped into his mind.”

Andy Haigh started writing to counteract the brain atrophying effects of Retail Hell, now it's an addiction. Andy is an unrepentant sequential art absorbist and comics are one of his passions. Other interests include Film, Music, Science Fiction and Horror novels and quality TV like Game of Thrones. He can talk about these at great length if only someone would listen. He lives a somewhat hermit like life in The Shire, spends too much time on social media and is still waiting to go on an adventure.
More Goodness
comicsdark horseDavid Mack