After several years Our Valued Customers comes to an end

The end times are here, Our Valued Customers has come to an end. You might be thinking “Our Valued Customers, huh what’s that?” but if you’re on social media, or spend any time on the internet really, chances are you’re familiar with the work of cartoonist Tim Chamberlain even if you don’t know you are given the nature of the internet.

Since 2010 Chamberlain has been creating humorous and generally painfully accurate and cartoons based on the occasionally cringe worthy wisdom of comics fans he encountered whilst working in in a comic shop. The upcoming end was announced via the “Final 50” image posted in February with today marking the end with the below image being posted on Our Valued Customers site and social media. Chamberlain hasn’t announced what his future plans are yet but you can be sure it’ll be something worth checking out.

Whilst Our Valued Customers may have come to an end you can still visit the website and buy OVC books amongst others at Chamberlain’s webshop. 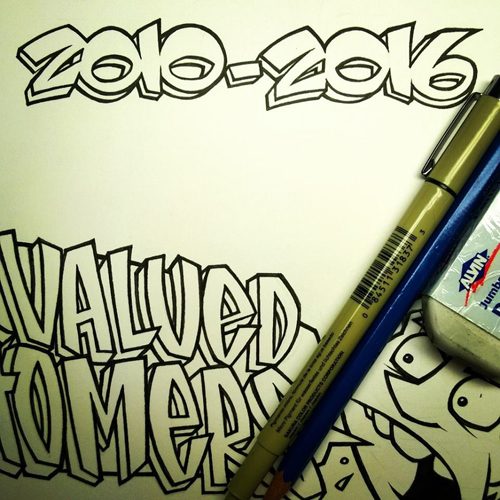 Andy Haigh started writing to counteract the brain atrophying effects of Retail Hell, now it's an addiction. Andy is an unrepentant sequential art absorbist and comics are one of his passions. Other interests include Film, Music, Science Fiction and Horror novels and quality TV like Game of Thrones. He can talk about these at great length if only someone would listen. He lives a somewhat hermit like life in The Shire, spends too much time on social media and is still waiting to go on an adventure.
More Goodness
Webcomics

Sunstone tackling the problem of sexuality and erotica in comics.