previous
Hallows Fell - a horror story
random
next
DON’T PANIC! A celebration of The Hitchhiker’s Guide to the Galaxy
Books and Comics
0 likes

Good news to all Francophones and Francophiles!

The third issue of Porcelain, one of Improper Books’ best known works is now available in French via Éditions Delcourt. Available since the 21st of February, the third installment of this compelling story will most definite cause the same uproar as the previous two installments. 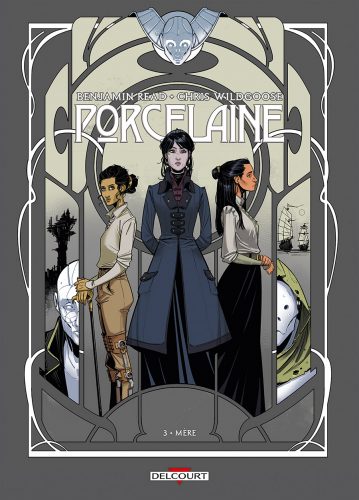 Improper Books, which through their own admission is a publishing studio that focuses on creator-owned stories that have a touch of the fairy tale, the fantastical, or the otherworldly,  has managed, with Porcelain to bring forth a story that does not shy away from exploring themes that mingle the fantastic with the darker aspects of our reality – betrayal, war, revolution, freedom and loss. Given that Delcourt is the leading independent comic publisher in French, Porcelain has found the best fit to spread the story beyond any language or cultural barriers.

As said by the writer: “The look of Porcelain was very much inspired by the aesthetic of the European comics movement, so it’s an absolute joy for it to go full circle and be published in France, particularly by such an established and renowned company as Delcourt. We follow Child as she grows into a woman; living out her grand, terrible, and, ultimately, legendary life.” (Benjamin Read)

The people behind the story: Benjamin Read, Chris Wildgoose, Andre May and Jim Campbell work flawlessly together, each bringing their best game to the table and the end result is definitely worth it. After another ten years, the story is now focusing on Lady, who grew into Mother and the sacrifices she makes to keep her Children safe, inside of her tower. 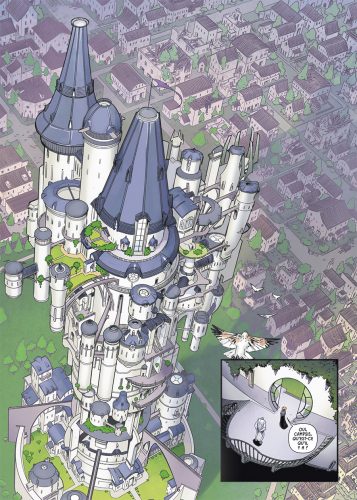 The first two issues are already available in French, so if you haven’t had the chance to read those, do yourself a favour and get your hands on them.

What's there to say about me? I love the sci-fi and fantasy genre when I read, but I am in no way limited to that alone. I do think Frank Herbert deserves a statue for his writing(if there is one, point me in that direction, please). I enjoy writing quite a lot, but I am also kinda lazy. If you want to make me happy give me books or Doctor Who collectibles. Or a real TARDIS, in which case I will love you forever.
More Goodness
andre maybenjamin readeditions delcourt