Whilst Templesmith's art is impressive it's an aquired taste and might not appeal to those used to more mainstream styles. 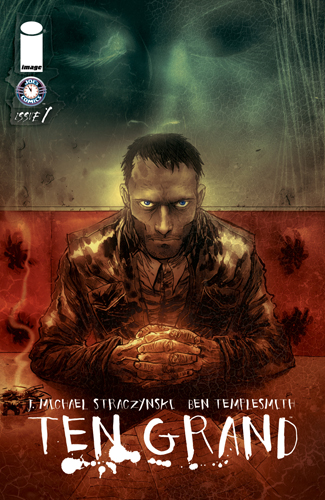 Joe Fitzgerald has a reputation for dealing with problems, the kind of problems that the police or anyone else won’t deal with. The kind of problems that involve missing people and claws, teeth and shadows. When a girl called Debbie asks Joe for help with a problem – her sister Sarah going missing after joining a mysterious cult named The Divine Will – things get interesting. The leader of the cult should be dead because Joe shot him in the head two years ago, before his life fell to pieces and he made a deal with an angel.

Ten Grand is a reminder that there’s plenty going on in comics besides what Marvel and DC are producing.

Joe’s story introduces a world where urban life, horror, crime and the supernatural blend together in a way not seen since the demise of Hellblazer.

Bordering on tenancy at Lenny’s a local bar, the titular owner is a friend who knew Joe’s partner Laura, he sits in his usual place and waits. Joe used to be a mob enforcer but he works for a different outfit now.

One of the most immediate things about Ten Grand is Ben Templesmith‘s instantly recognisable art. The muted dark colours, colour washes and sparingly used brighter colours make everything drip with an ominous atmosphere bordering on Lovecraftian in it’s potency.

A transition to a flashback utilising Joe looking at a photo in two separate panels is an impressively subtle device and just one of the numerous details that makes all the difference here. 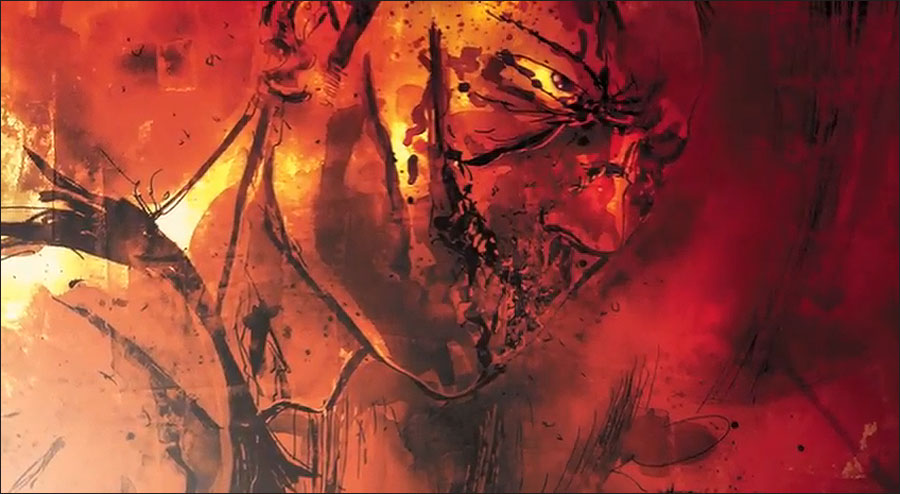 The world of Ten Grand is an interesting one. Following the brutal murder of Laura and Joe after he tried to leave his employer to live the life he wanted with Laura, an angel appears and offers him a deal since the angel knows that Laura and Joe are headed to different places and will never be together again. Bleeding out on the floor looking into the glassy eyes of Laura staring lifelessly back at him he takes the deal.

Whilst this may seem like the usual quest for redemption, it’s not as simple as that. Joe is a fixer for the holy powers now. If he completes a job well or dies in a heroic manner trying to he will get to see Laura again but only for the briefest of moments before he is resurrected again for another job.

This premise itself is rich with potential but it’s the myriad of details that really make you want to sink into the world that J. Michael Straczynski has created.

Joe communicates with his employer via avatars – angels that can be summoned to possess someone temporarily – and as a small act of rebellion Joe chooses a dancer at a strip club who is ‘doing taxes in her head’ on stage. 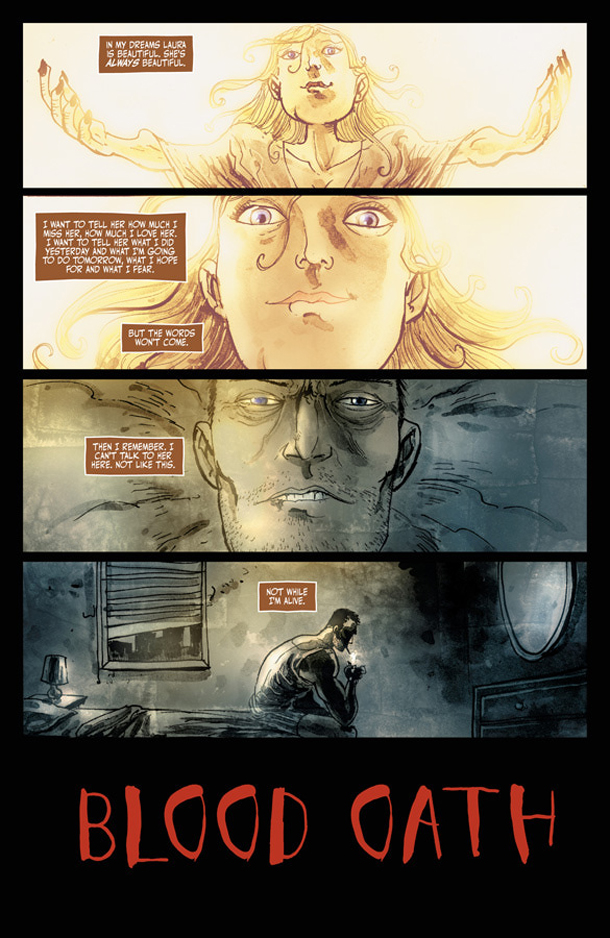 Whilst rituals and ‘magic’ are present they’re not reserved to dusty tomes and relics – at one point Joe uses a keyboard with angelic script to search for the leader of The Divine Will cult “Amazing what you can find when you search using the alphabet of the angels”.

Just like more traditional avenues though these have their own inherent risks. Despite his deal Joe doesn’t just do jobs for his employer, if you’ve got the money (which is where the title comes from) then he will take on a job that no-one else will, “Ten grand is just enough to weed out the kooks, the clowns, the whackos, the feebs, the creeps…”

The internal monologue which narrates the story adds an additional noiresque touch to the proceedings which only adds to it’s charm.

On the evidence here this looks to be a most fruitful partnership, and Ten Grand could easily find itself an appreciative readership in Hellblazer fans wanting something dark and dangerous like John Constantine‘s former home (before he was dragged into the DC 52).

Andy Haigh started writing to counteract the brain atrophying effects of Retail Hell, now it's an addiction. Andy is an unrepentant sequential art absorbist and comics are one of his passions. Other interests include Film, Music, Science Fiction and Horror novels and quality TV like Game of Thrones. He can talk about these at great length if only someone would listen. He lives a somewhat hermit like life in The Shire, spends too much time on social media and is still waiting to go on an adventure.
More Goodness
breakingcomiccomics